Things were very close at the start, in a calculated boxing match. In the second round, Roman began to pull away when he landed a solid hook and Doheny went down on his back. During the third, it was another close round with Roman being more active. 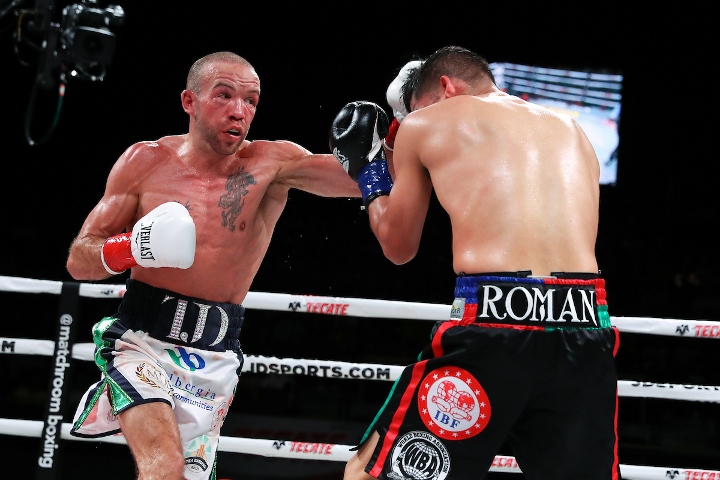 Roman stung Doheny in the fourth and began to unload with punches in bunches. Doheny started throwing back and calling for a war. He was landing some big left hands on Roman, who came back at the end to bloody the nose of Doheny.

The right eye of Doheny was swelling up in the fifth, as Roman continued to throw punches. Doheny was landing several hard counters. Roman edged out the seventh as they exchanged some more. 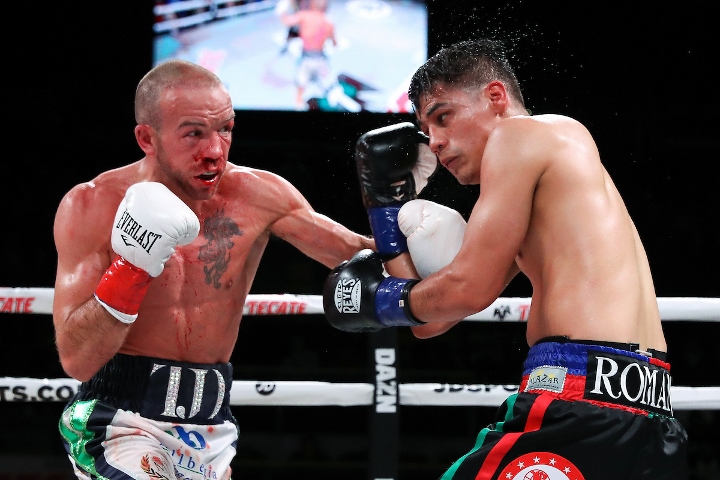 In the seventh, Doheny really hurt Roman with hard hooks and was battering him with punches. Roman nearly went down as Doheny continued to pour on the shots for most of the three minutes. 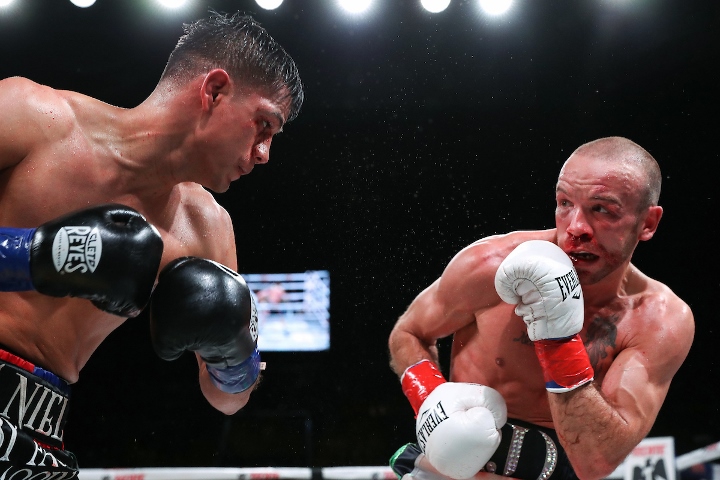 Doheny took control of the eight and landing some good shots. Both were having their moments in the ninth. A big uppercut buckled the legs of Doheny and nearly put him down. Roman was pressing and digging to the body of Doheny, who was dancing away and trying to protect his midsection.

In the eleventh, Doheny was once again hurt to the body. And a later hook to the body sent Doheny down for the second time in the fight. Doheny made it up but he was being punished. The body of Doheny appeared damaged as he was in pain when tagged downstairs.

Doheny was able to edge out the twelfth by boxing, as Roman was tired from trying to finish Doheny off in the eleventh. 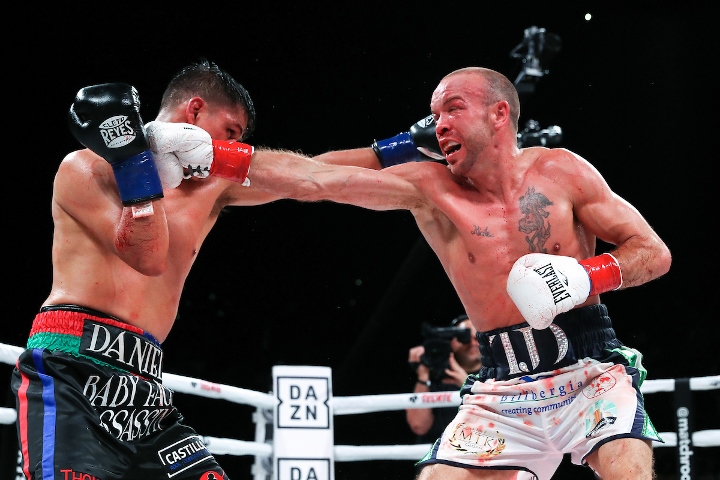 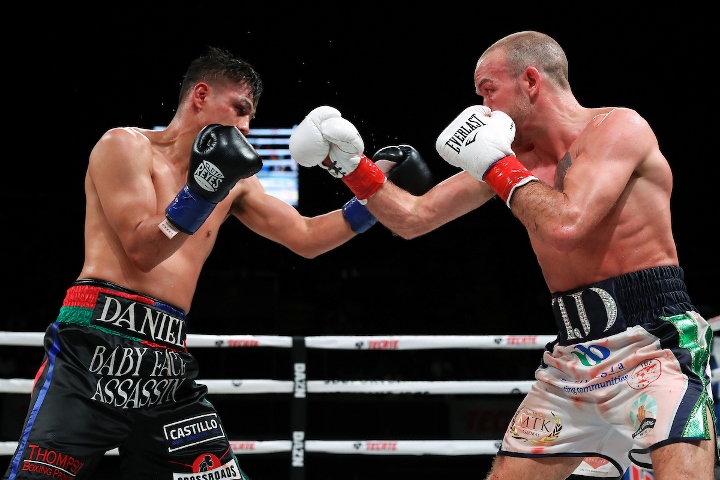 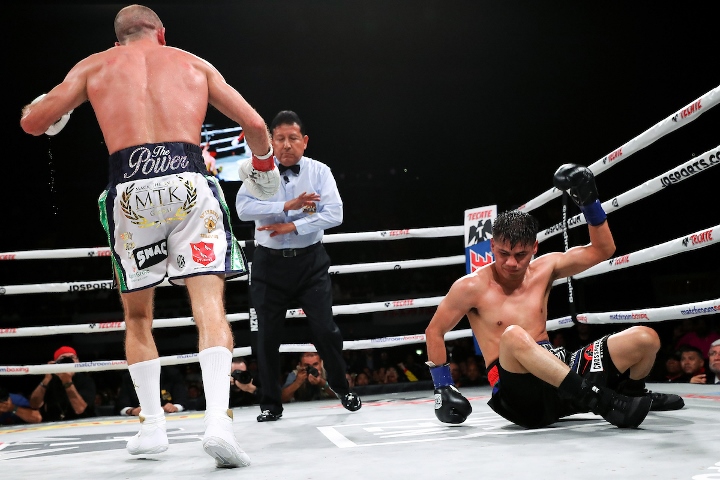 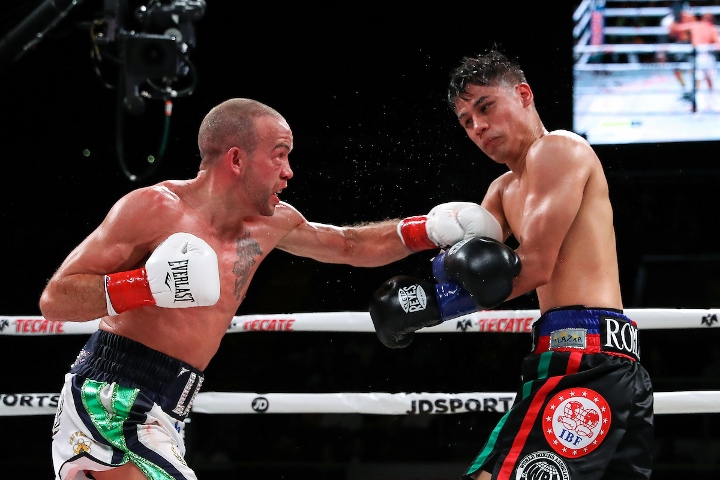 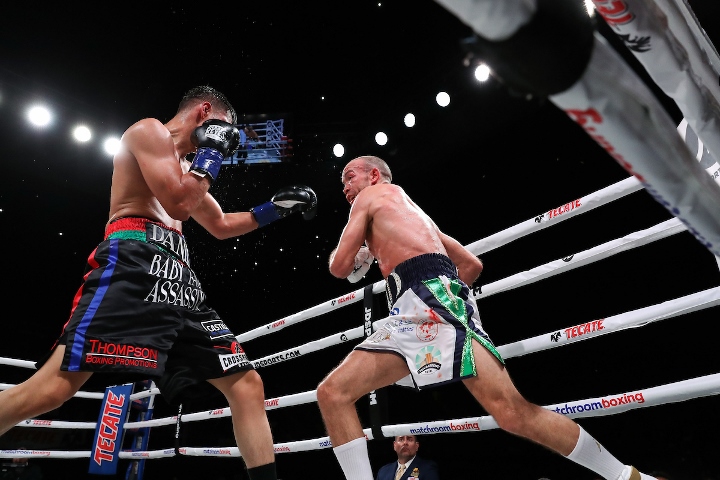 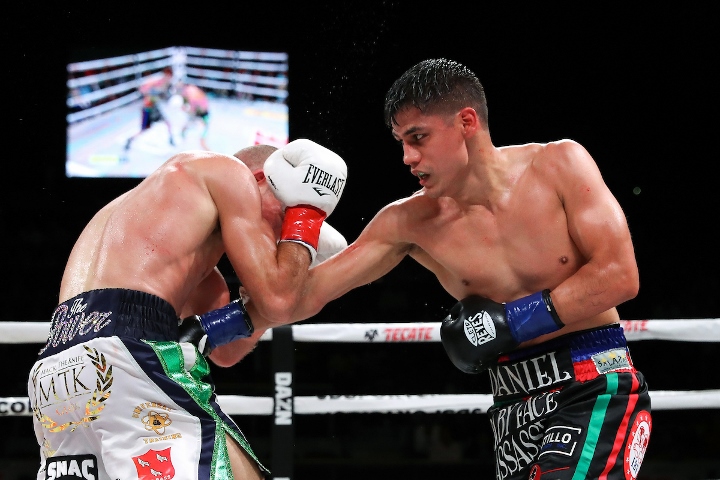 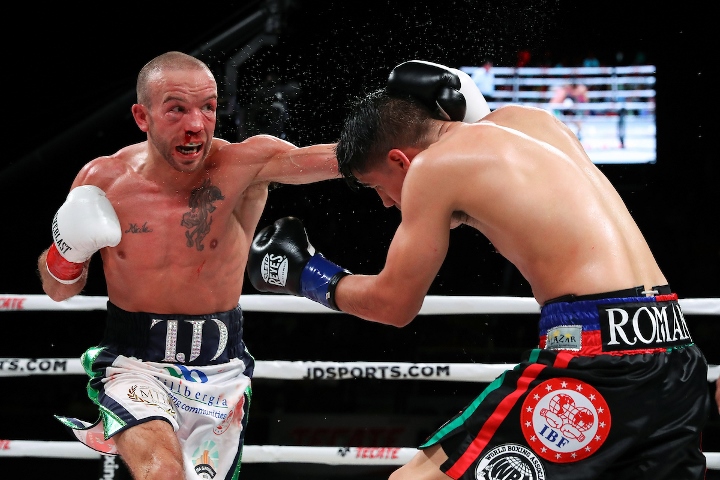 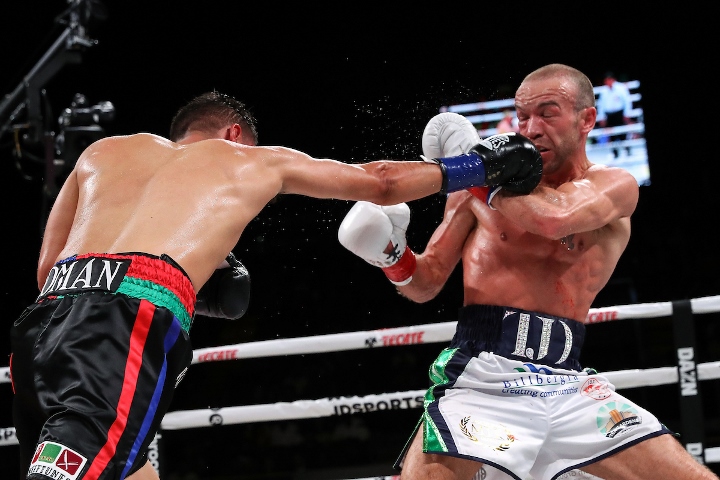 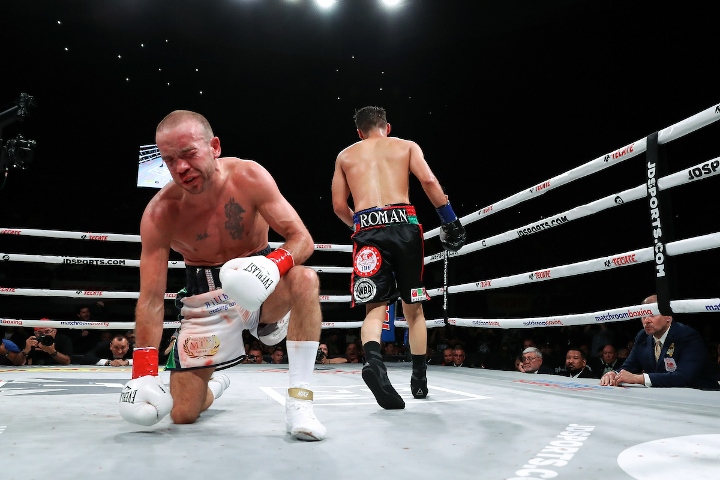 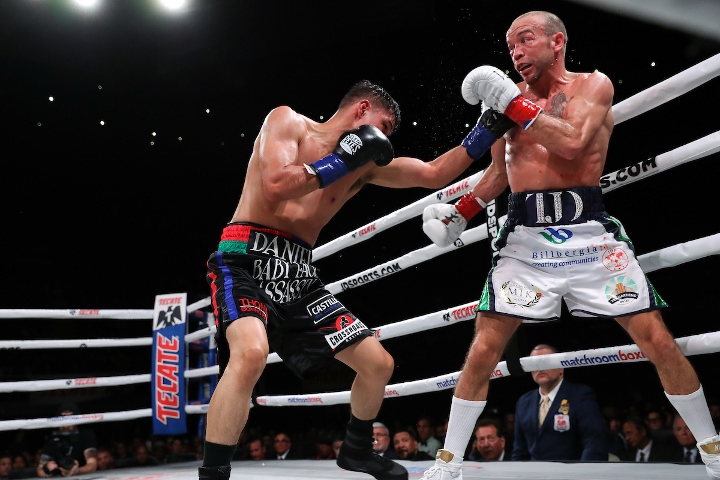 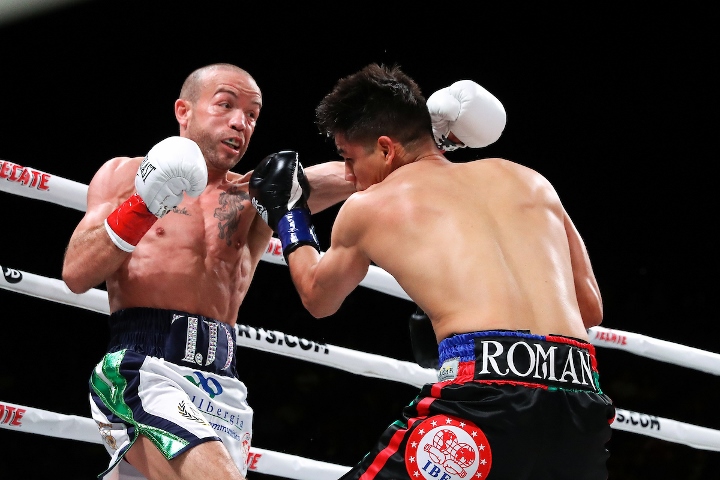 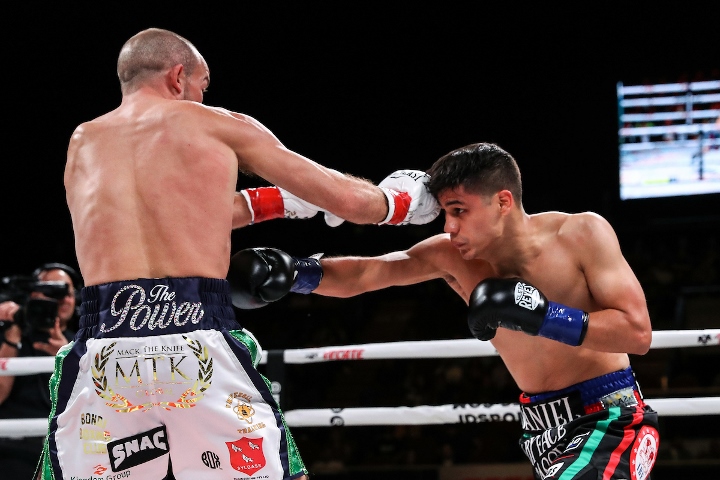 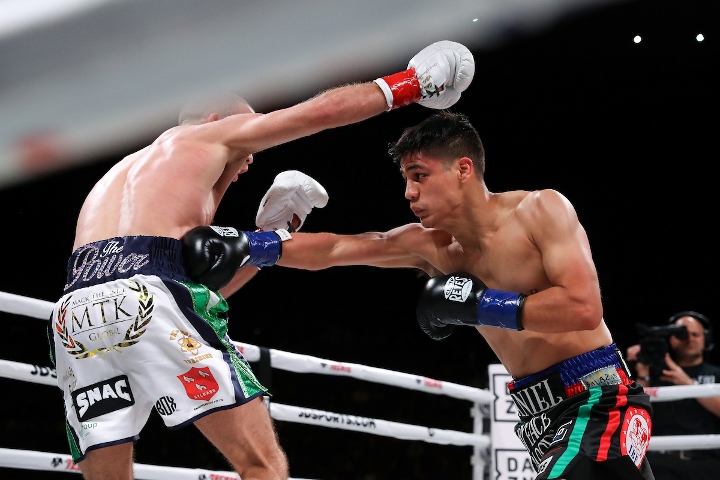 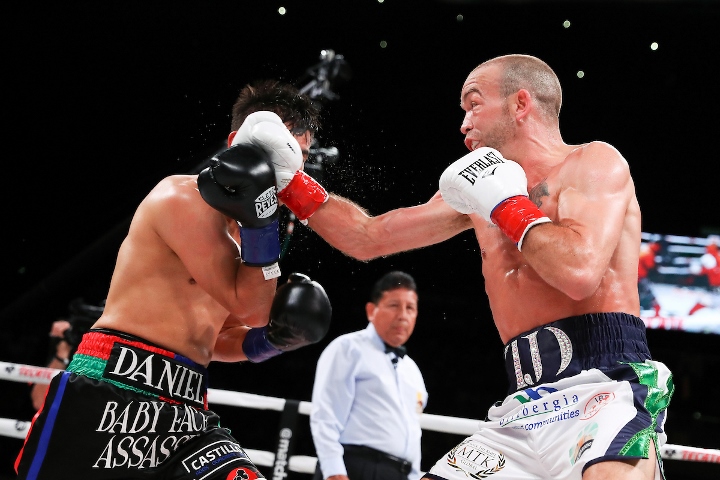 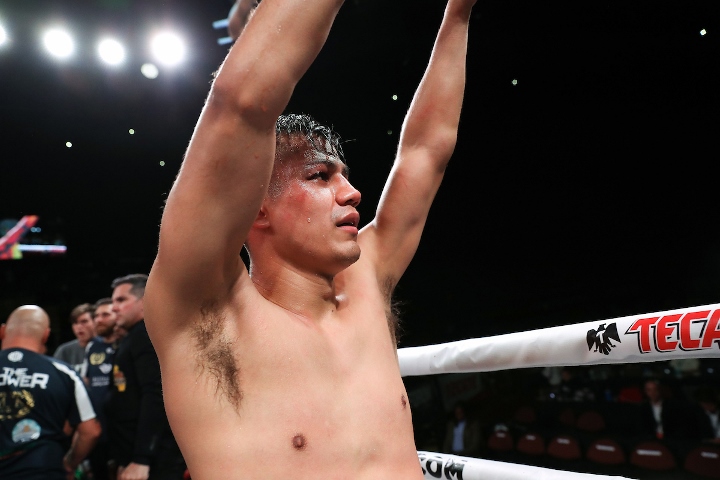 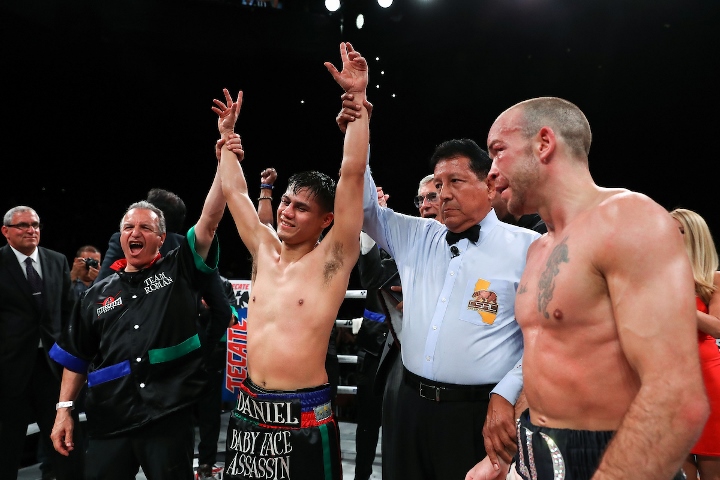 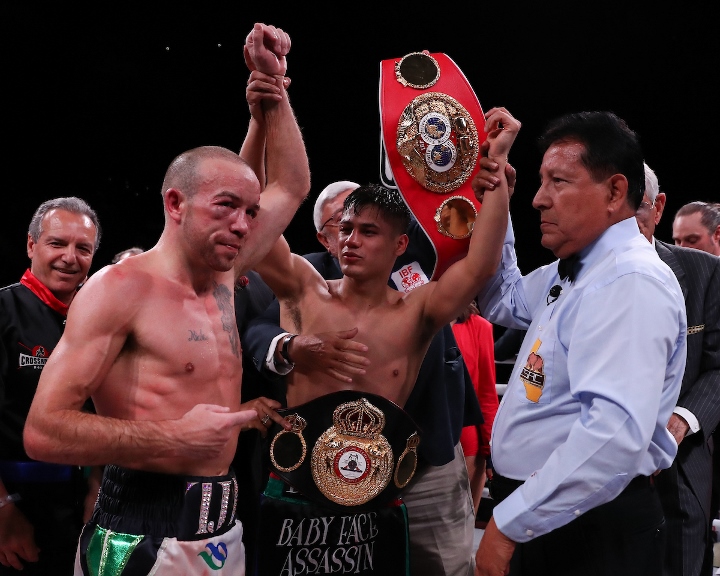 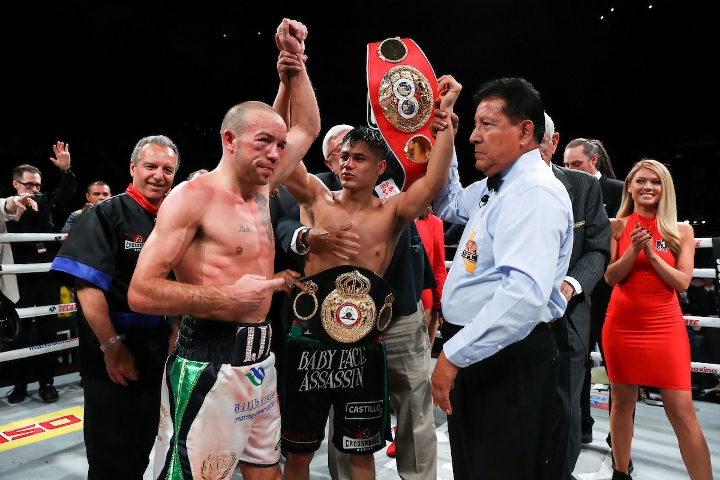 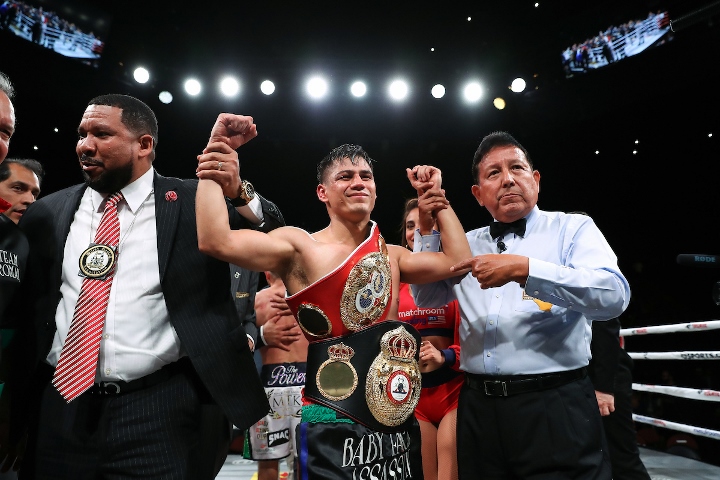 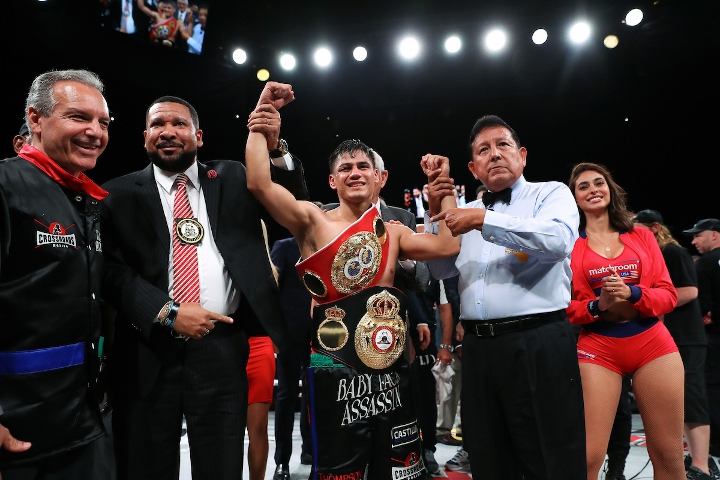