Dalton Smith took down Sam O’maison in style for the vacant British super lightweight title at the Utilita Arena Sheffield on Saturday. (photos by Mark Robinson) 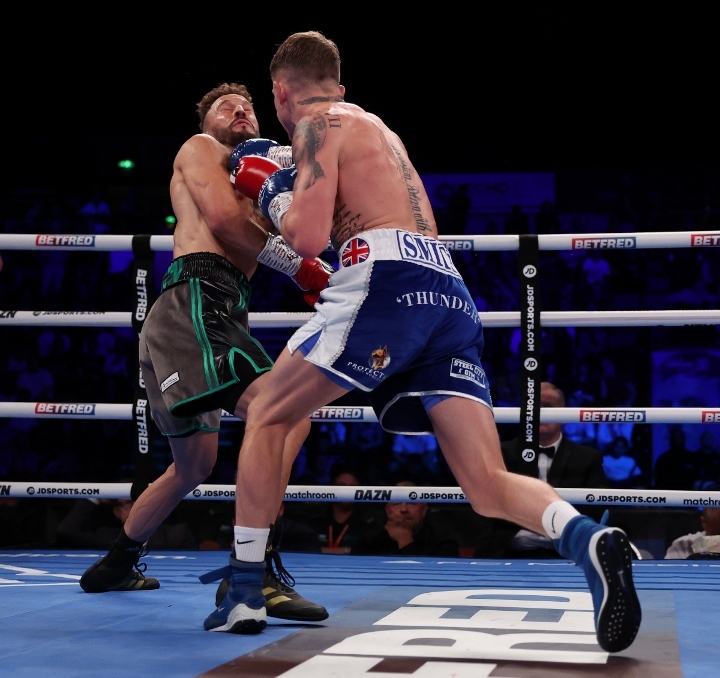 O'maison was down in the third, and then Smith dropped him two more times in the sixth round to secure the stoppage victory. 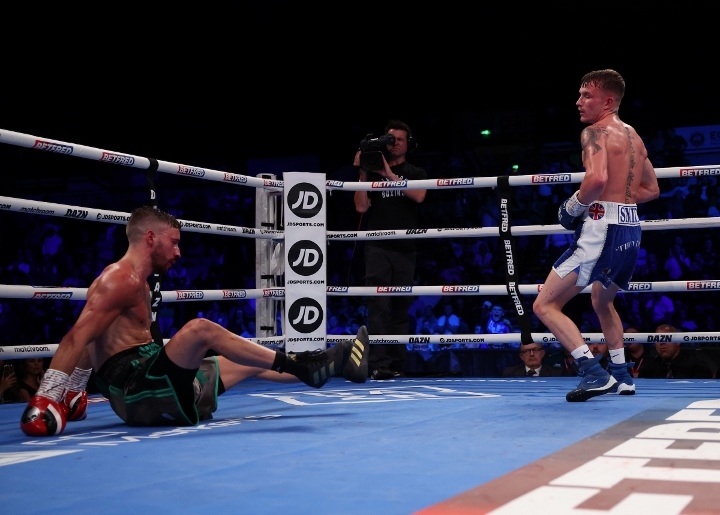 Smith (12-0, 10 KOs), one of the hottest prospects in world boxing, claimed his first pro title at Manchester Arena in May 2021 – dominating Lee Appleyard and forcing a punishing sixth-round stoppage to earn the vacant English Title. 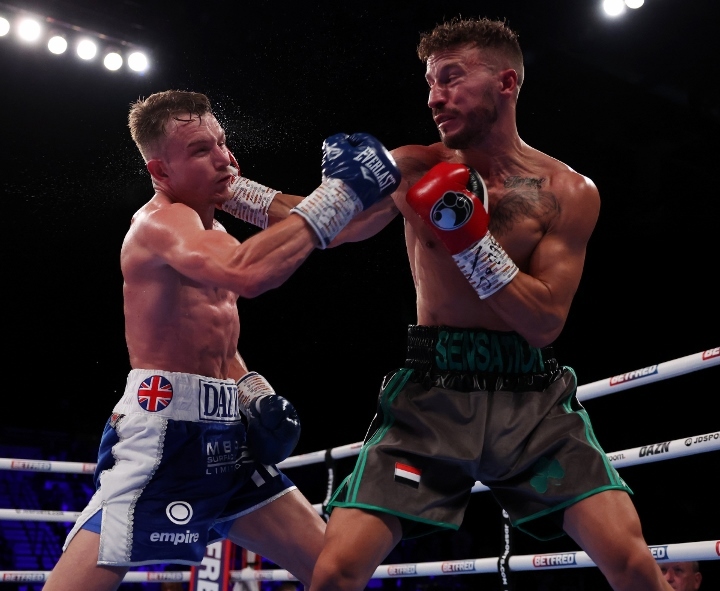 O’maison (17-4-1, 7 KOs), a former English Super-Lightweight Champion, shared two close contests with Luton’s Kay Prospere in 2019, drawing the first and losing the second, before returning to winning ways with a points win over Serge Ambomo in May. 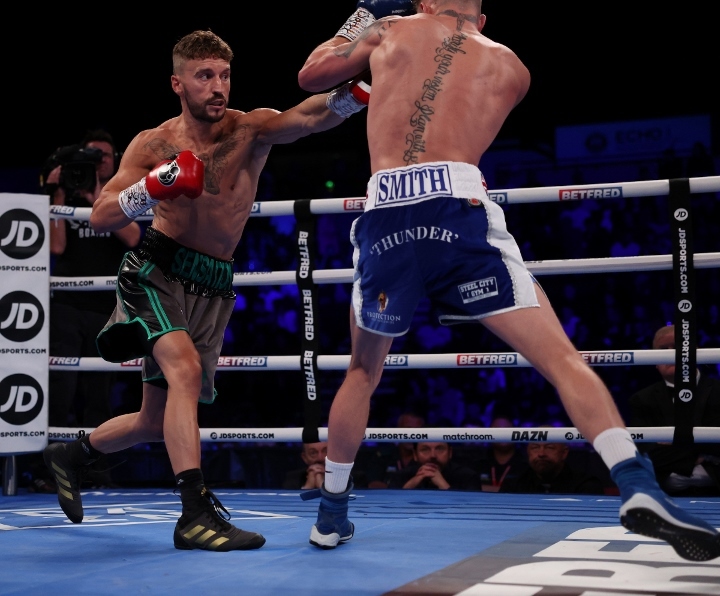 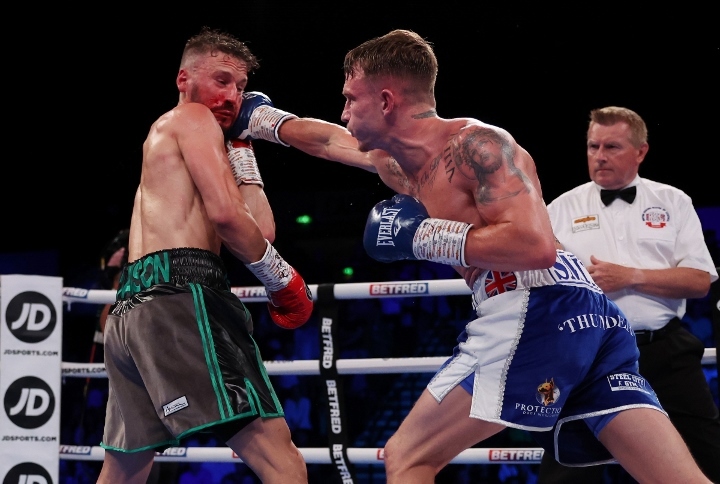 Ryan suffered her first defeat in the pros at the hands of Farias on the Leigh Wood vs. Michael Conlan undercard in March. 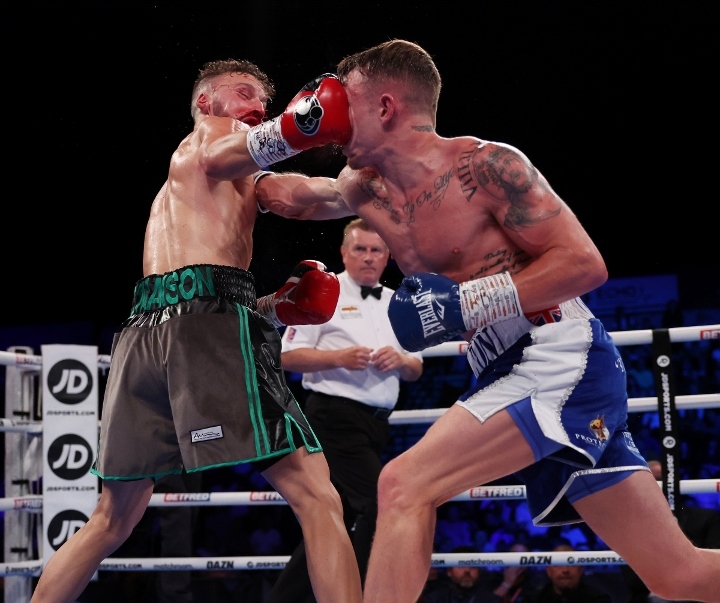 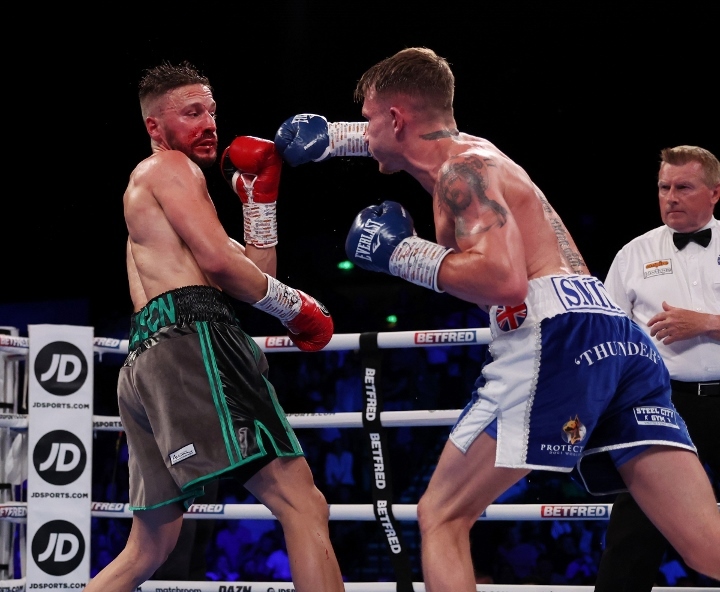 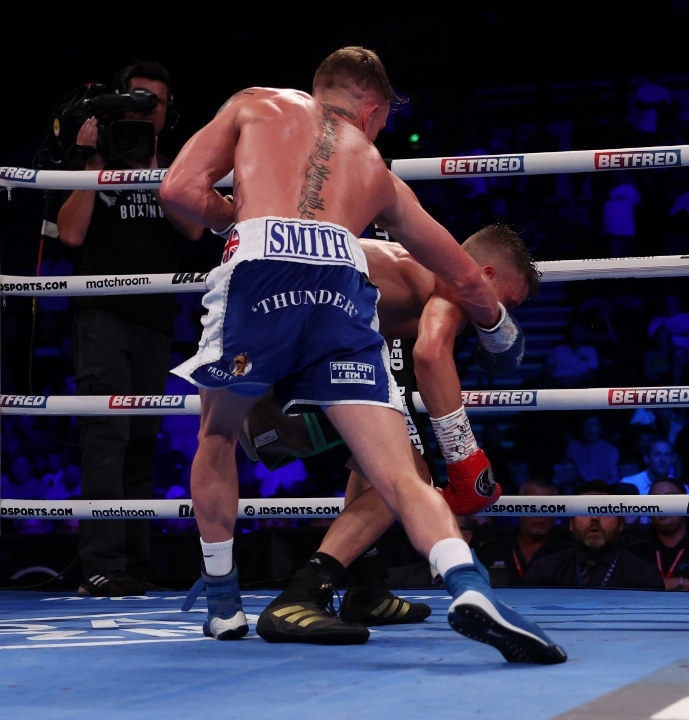 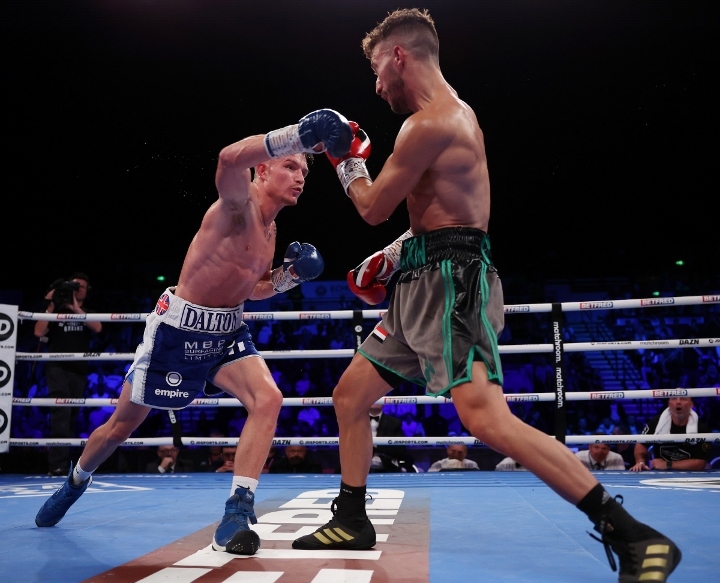 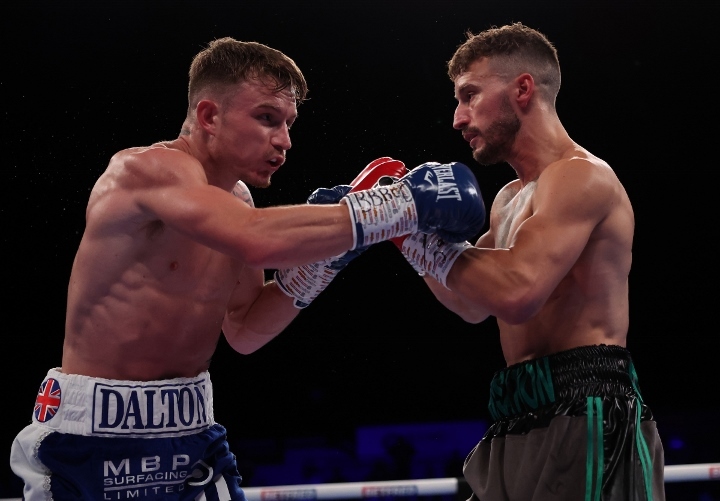 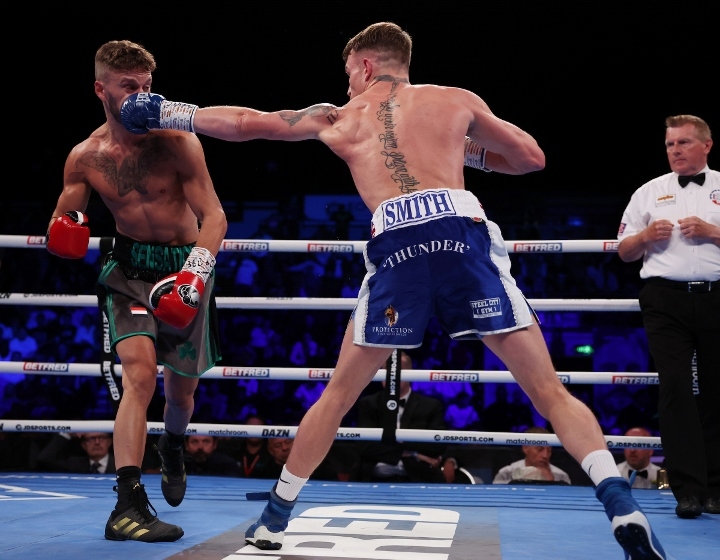 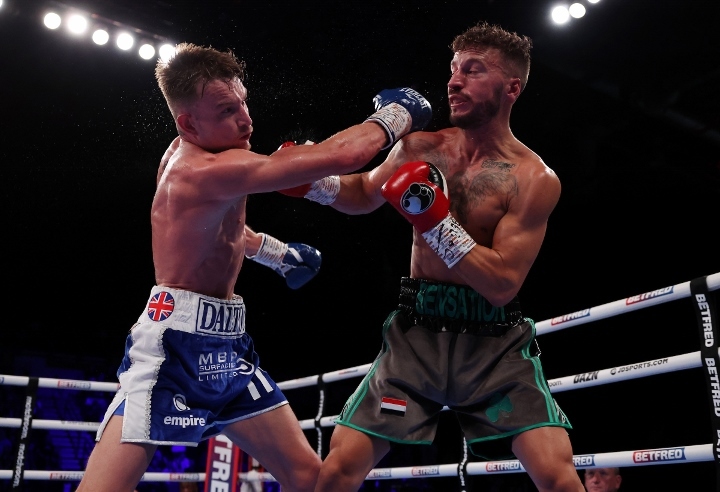 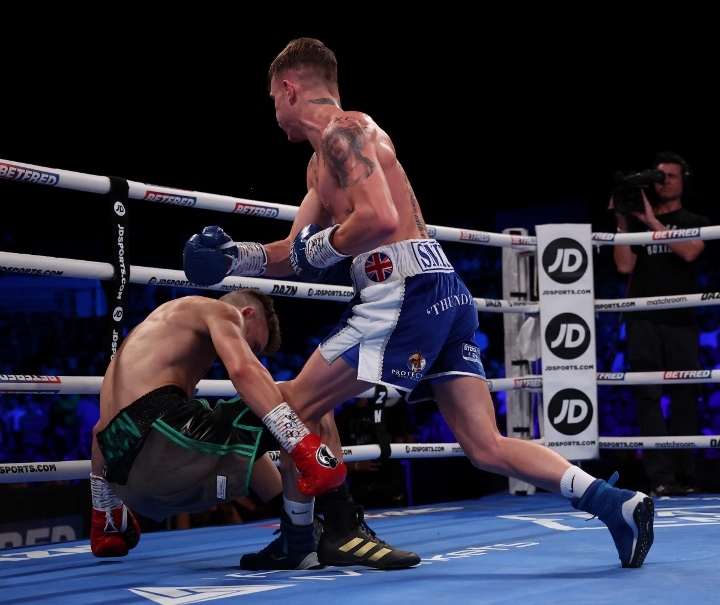 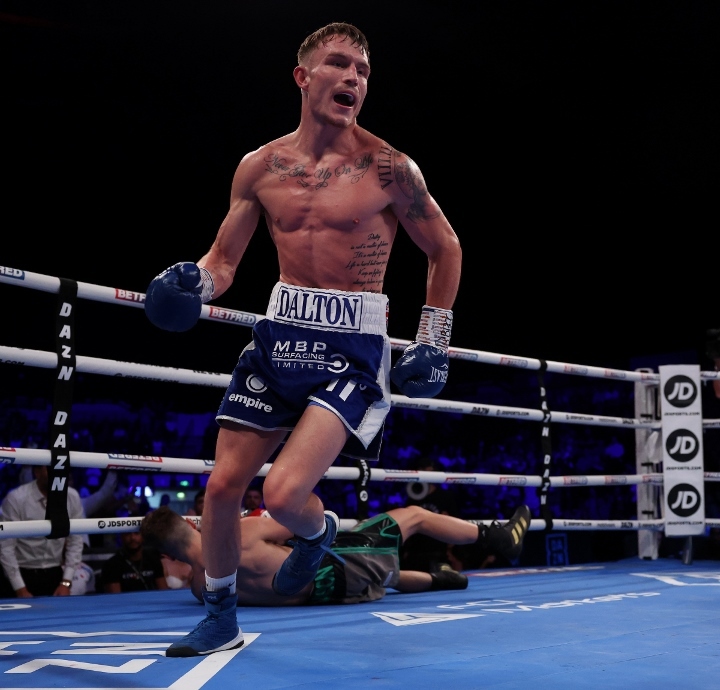 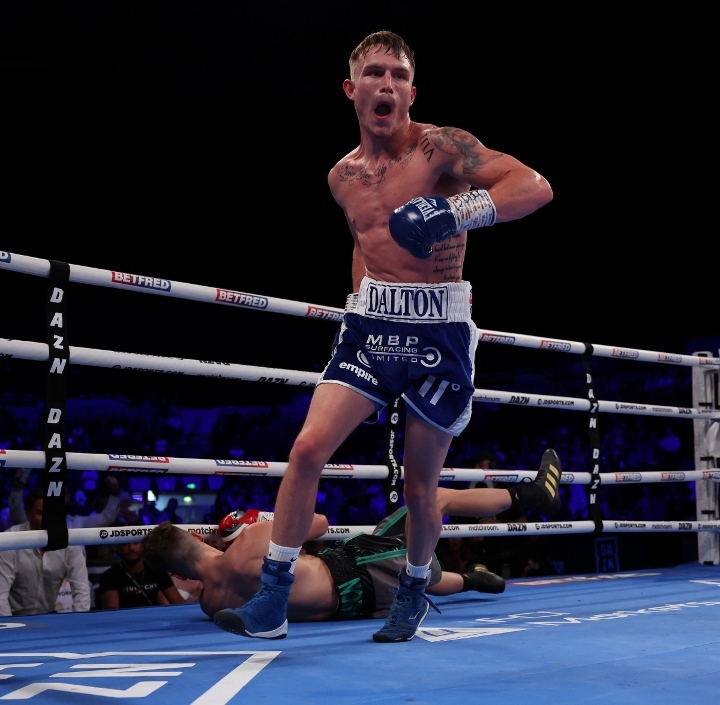 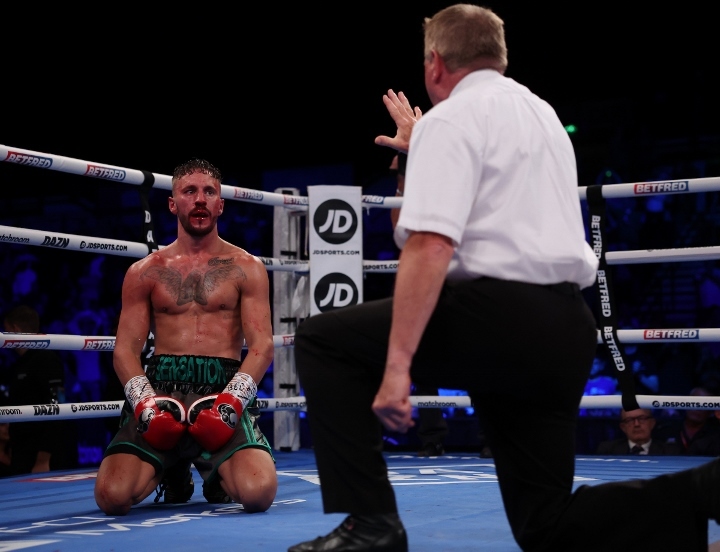 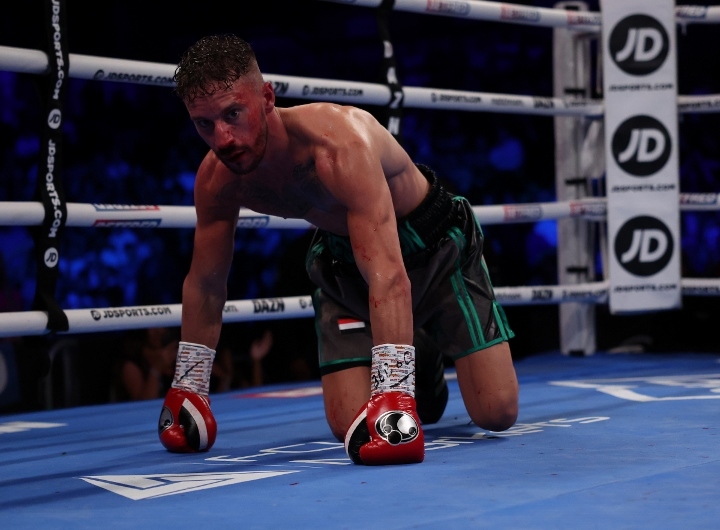 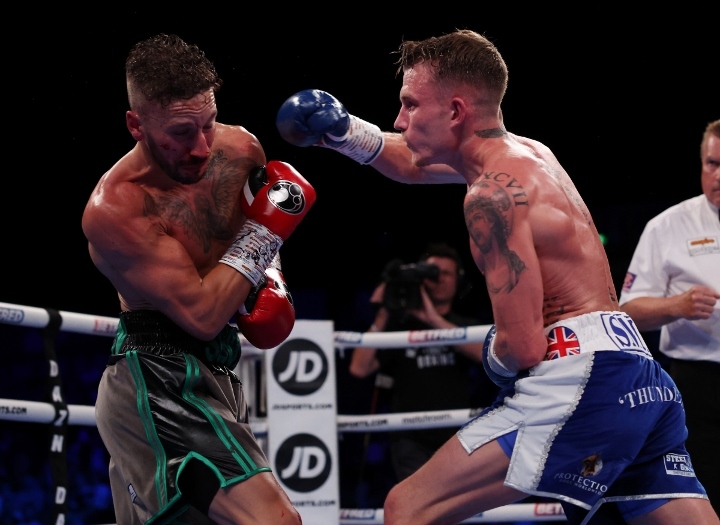 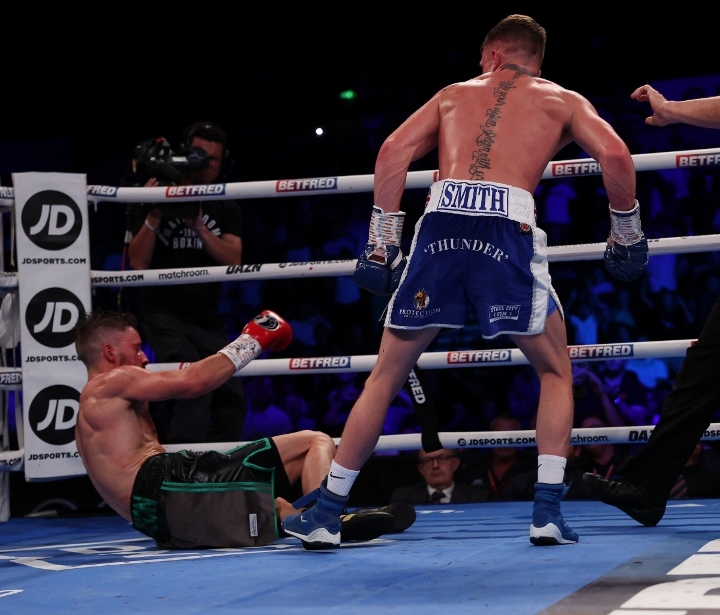 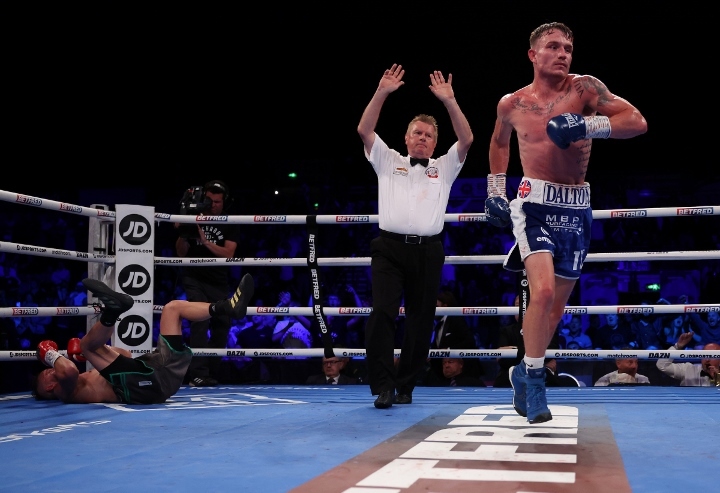