Roman 'Chocolatito' Gonzalez and Julio Cesar Martinez took part in a media workout ahead of their clash at the Pechanga Arena in San Diego on Saturday night, live worldwide on DAZN. (photos by Ed Mulholland) 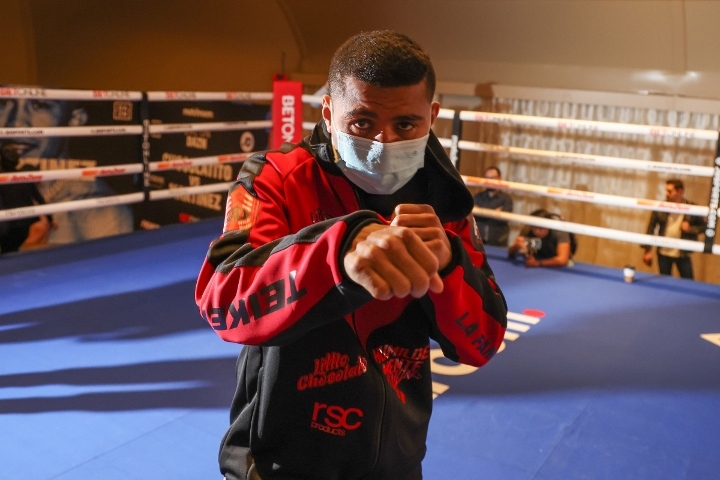 Martinez (18-1 14 KOs) moves up to 115lbs and does so against a legend of the weight in Chocolatito (50-3 41 KOs), with the Mexican stepping in to replace Juan Francisco Estrada, who has been forced out of his trilogy clash with Chocolatito with COVID. 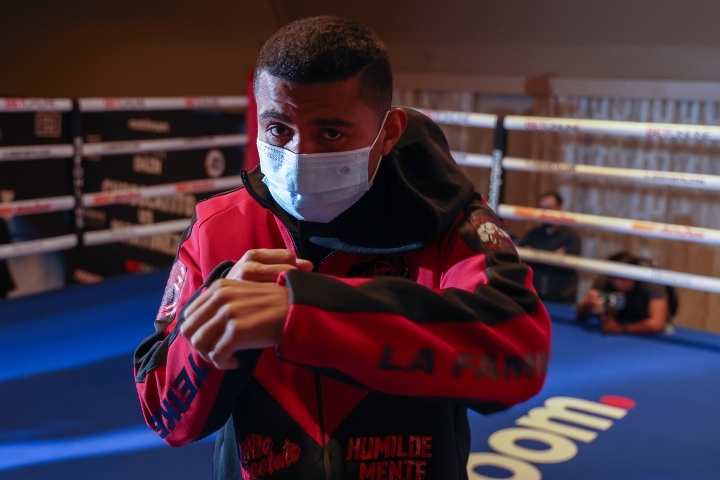 Martinez’s last outing was a trademark all-action shootout with McWilliams Arroyo in New Hampshire in November, with both men hitting the canvas in the opening round and Martinez flooring Arroyo in the second before the contest was stopped with Arroyo suffering a cut. 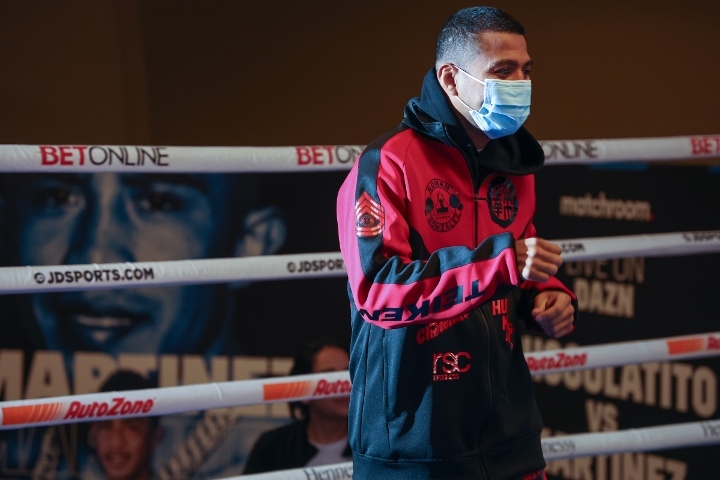 The exciting Mexican has spoken freely of his desire to move up in weight and challenge himself against the cream of the 115lb scene like Chocolatito and Estrada, and opportunity has knocked loudly for the 26 year old to announce himself at Super-Flyweight in San Diego and ‘El Rey’ plans to do so in style against the Nicaraguan star. 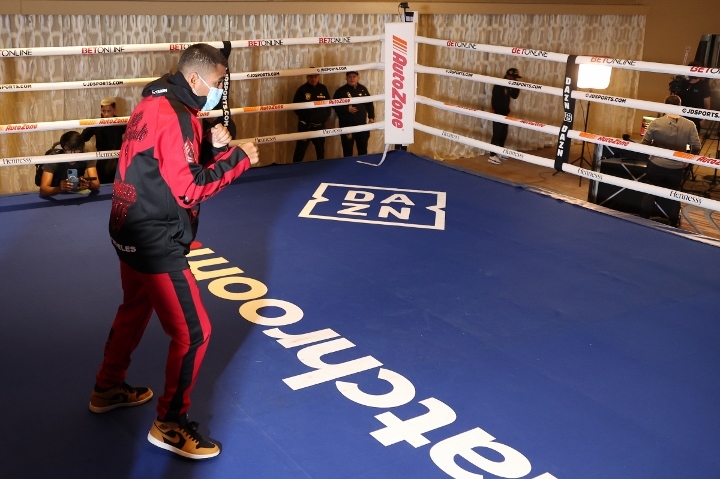 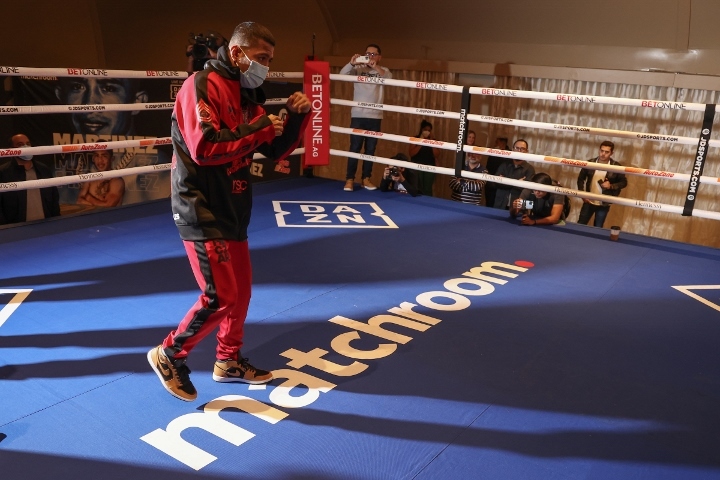 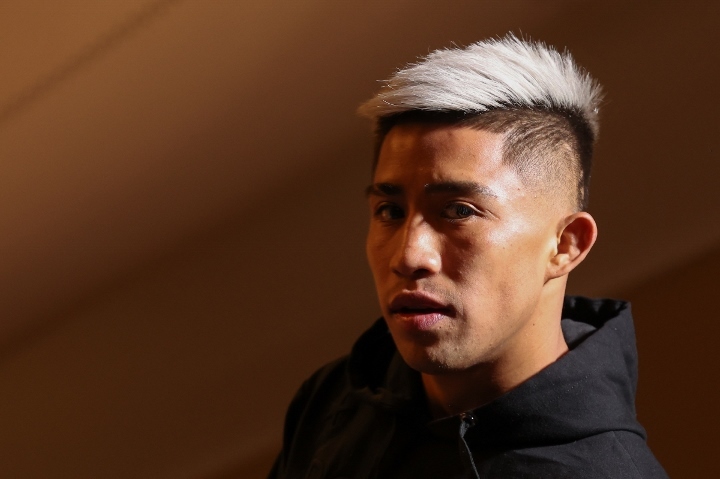 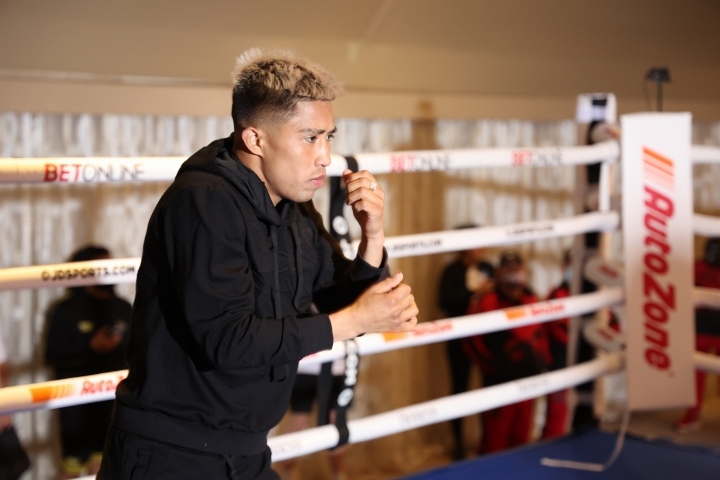 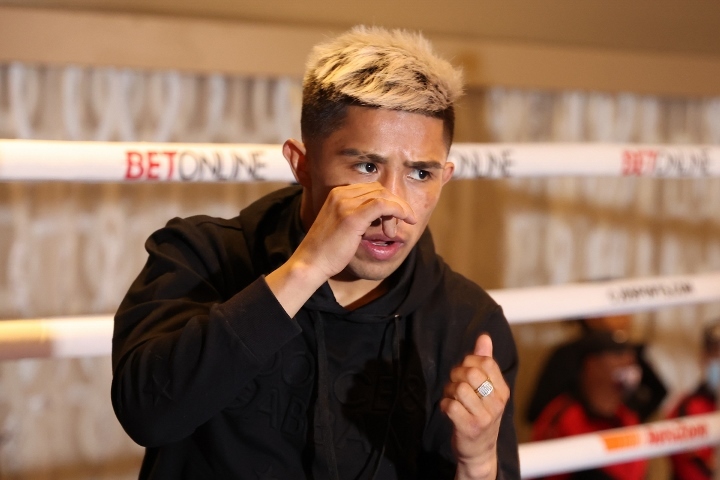 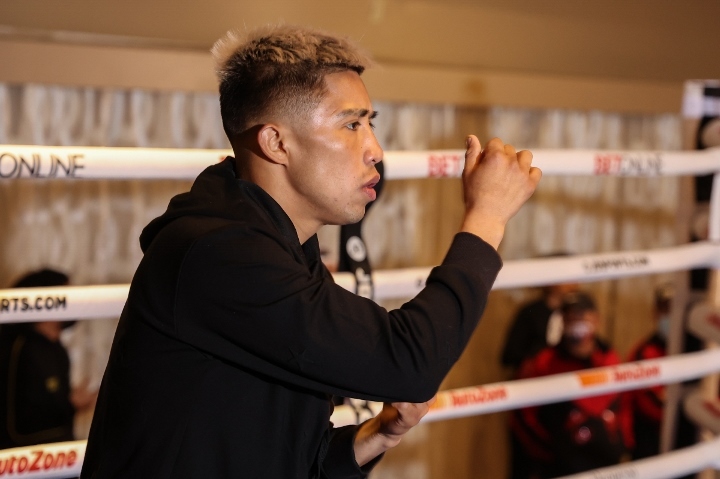 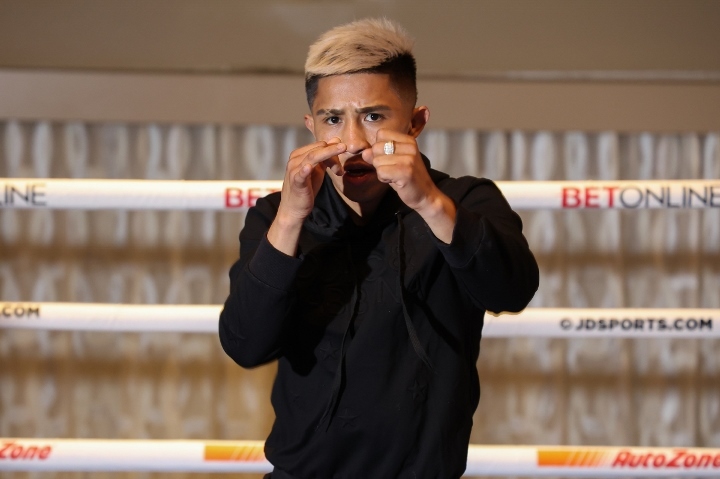 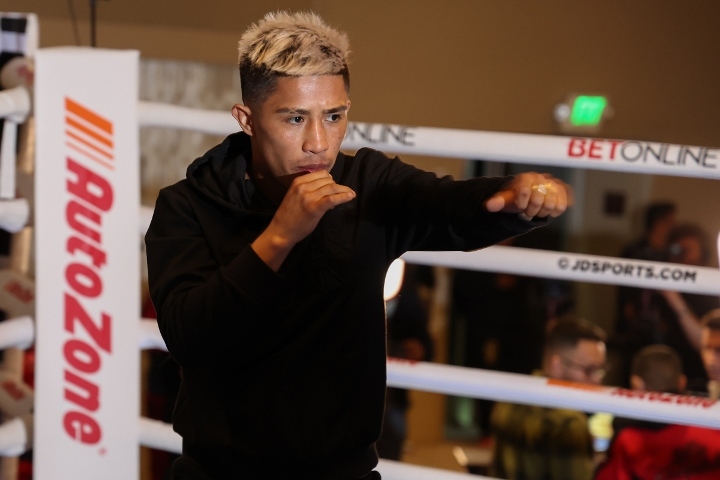 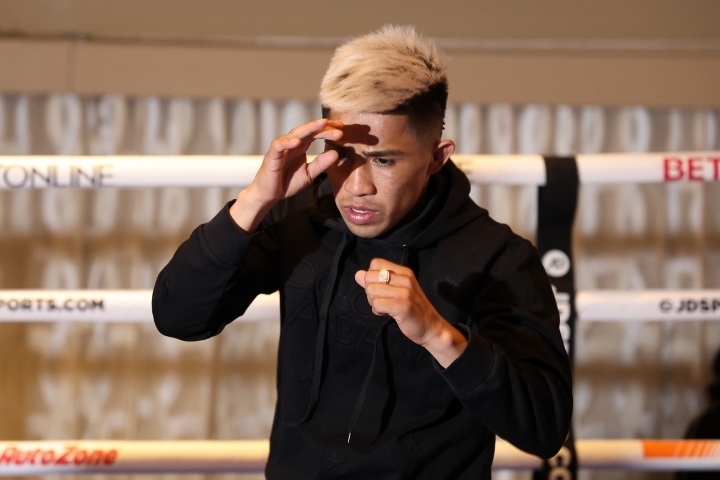 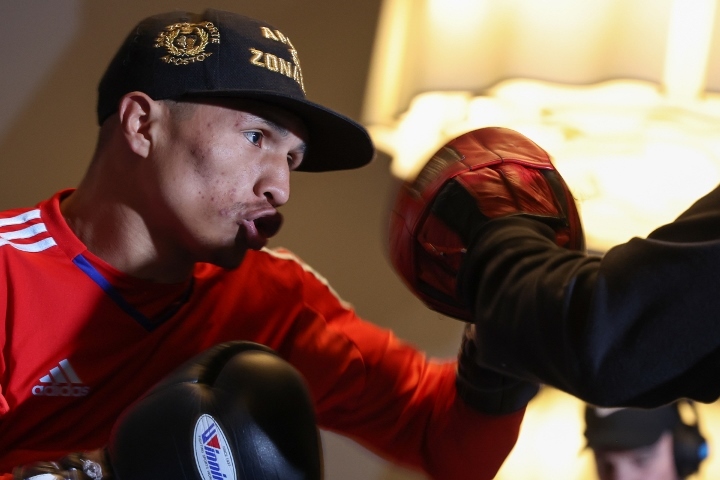 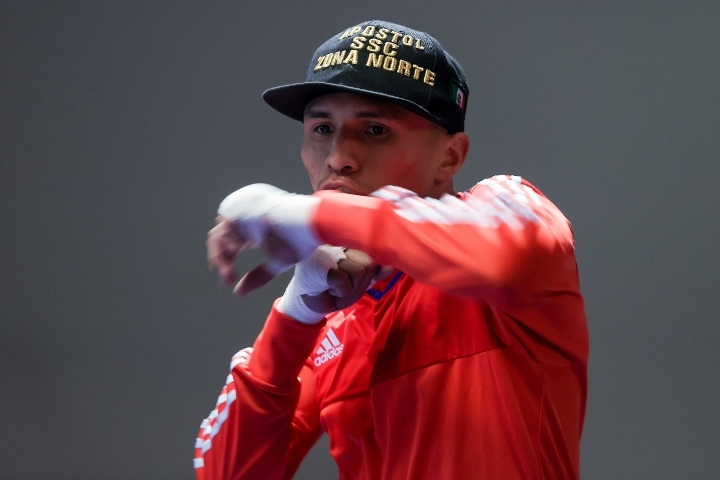 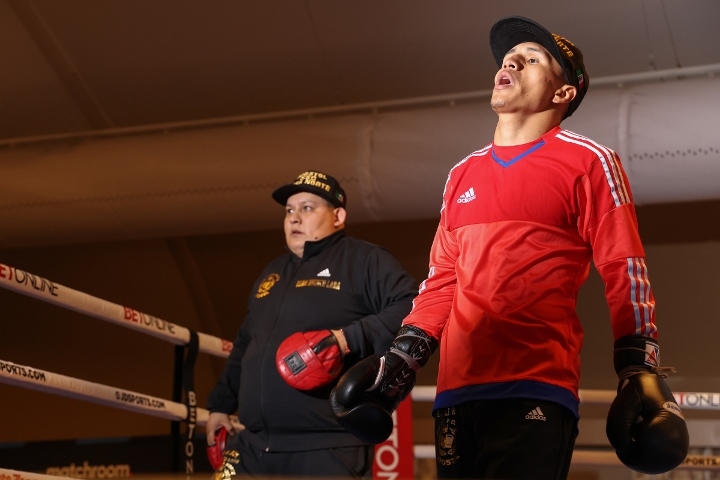 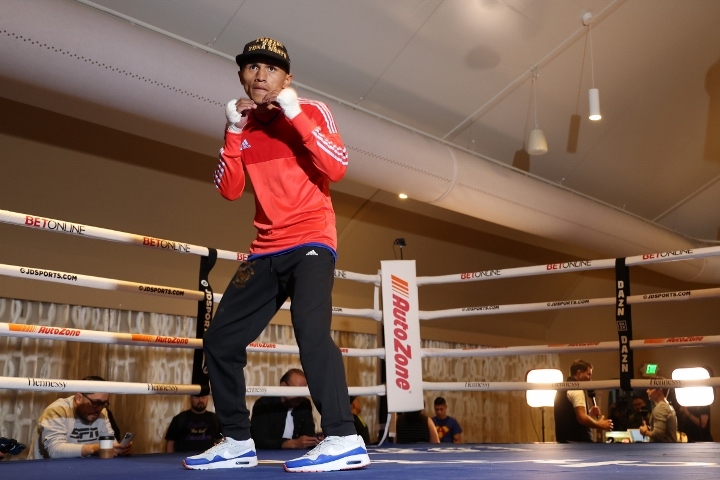 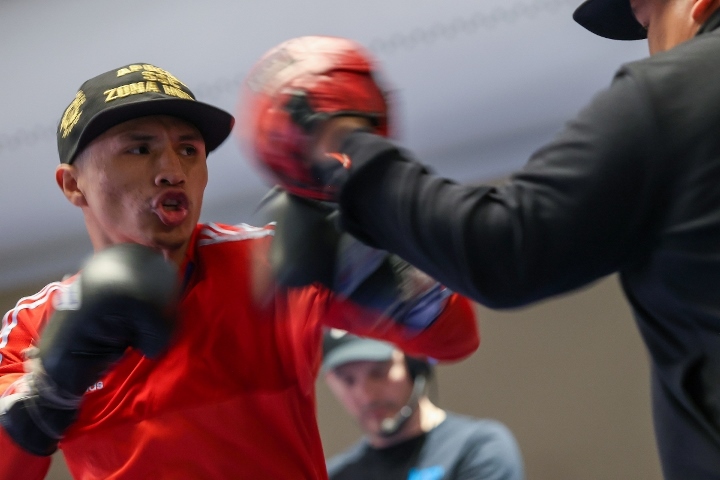 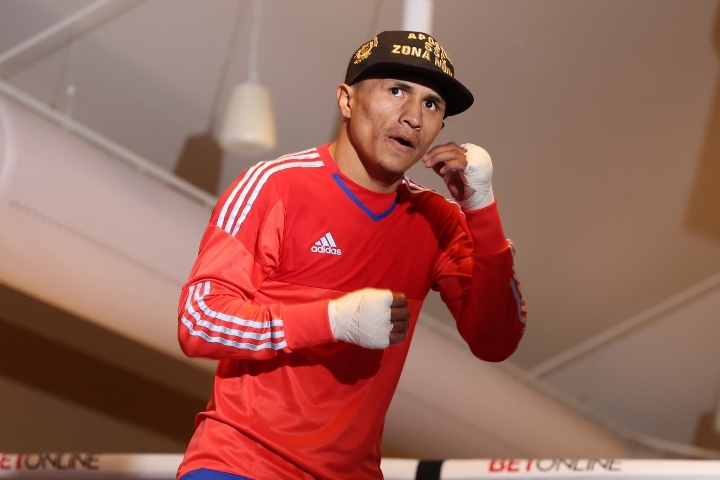