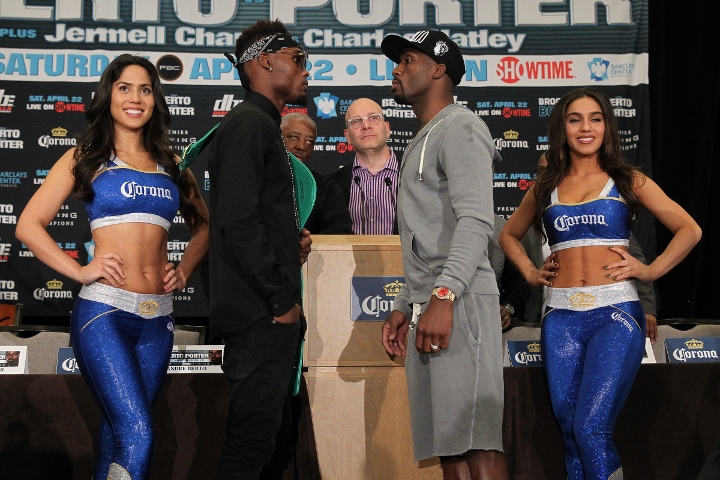 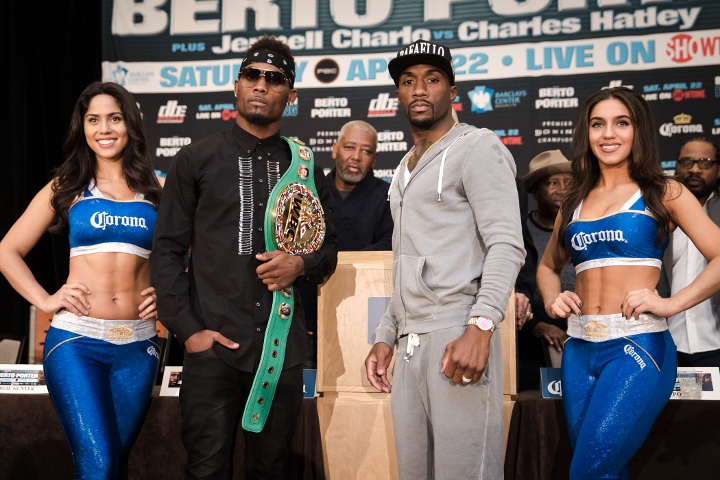 Tickets for the live event, which is promoted by DiBella Entertainment, start at $50 (not including applicable fees) and are on sale now. Tickets can be purchased online by visiting www.ticketmaster.com, www.barclayscenter.com or by calling 1-800-745-3000. Tickets are also available at the American Express Box Office at Barclays Center. Group discounts are available by calling 844-BKLYN-GP. 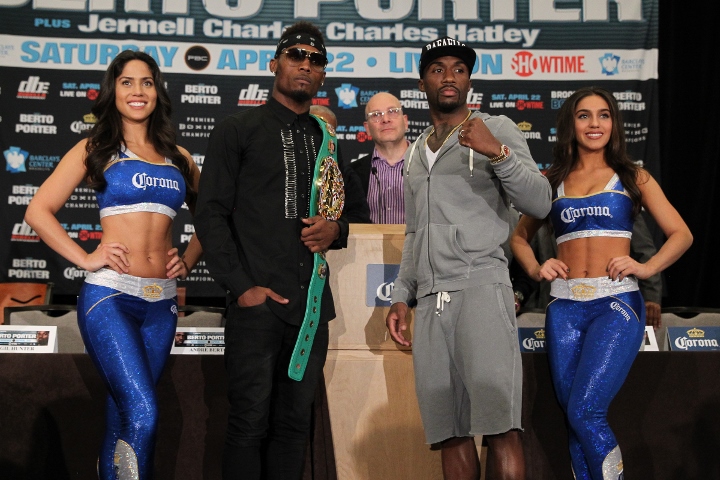 "I'm glad to finally have this opportunity. It's been a long time coming. My coach has already scripted the way he wants this fight to go. I have to make it happen.

"I'm excited to announce that my brother Jermall will be working my corner. I'm really pumped to have him in there with me as my chief second for the first time.

"I don't know what's been happening with Charles Hatley's team. But we're here and we're not going anywhere. I'll never run from anybody.

"This is one of the best camps I've had in my life. I had some training in Los Angeles and then in Dallas with Derrick James. We've stepped it up in training working every day with Errol Spence.

"My brother and I aren't getting the respect we deserve in this game. We're still trying to prove a point and it'll start on Saturday with this fight.

"This is the strongest and the fastest I've ever been. Hatley's going to do what he's got to do. We've got our team and I'm happy that my team is in this position." 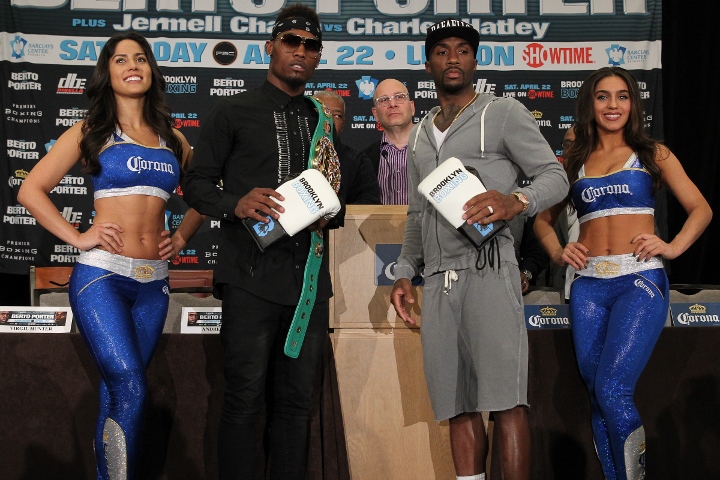 "There's a new sheriff in town. I'm thankful to everyone who got me this opportunity and made this happen. Now it's party time. I've been working for this fight my whole life, not just for months.

"I've wanted Jermell for three years. There's no other fight in boxing that I want more than this. We had a long camp and we never stopped working. I'm going to bring the best out of him and become the new champion.

"There's nothing he can do to stop me from leaving the ring with that belt. I know I have all the skills. We've worked hard and I believe I have what it takes to beat Charlo and take his belt home.

"I'm going to give the fans a great show and give them something to remember. Once I clean Charlo off of the ground, I'll get that respect." 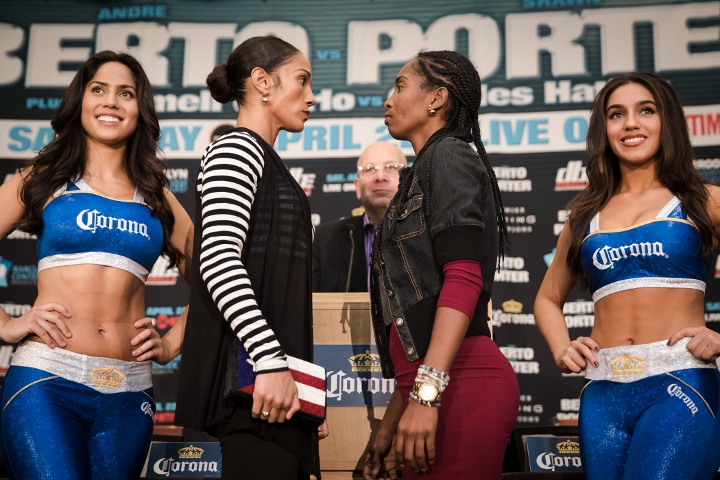 "I'm extremely blessed to be in this position. I'm thankful to my whole team for getting me prepared and where I am right now. I trained really hard for this fight. Being a five-division world champion is a great accomplishment. I'm so ready for it.

"We struggled a little bit for this fight because it was for history. I left it in the ring every day. I want to be known as one of the best female fighters and one of the best Puerto Rican fighters in the history of the sport.

"I think our styles are going to match up well for the fans. I always want to leave the fans with something to talk about. Being in my hometown, it's even more motivation to go put on a performance that everyone remembers.

"I'm glad that Santana took the challenge. It's going to be a great war as long as it lasts. I had a war with Yazmin Rivas in January but I'm planning on making this an easier and quicker this time around." 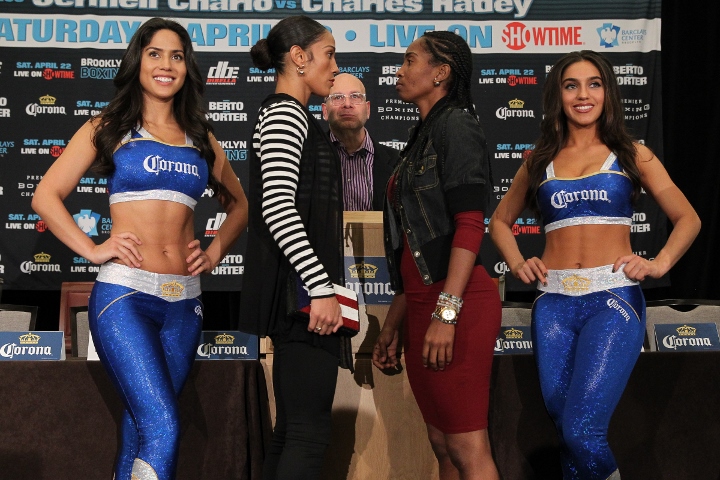 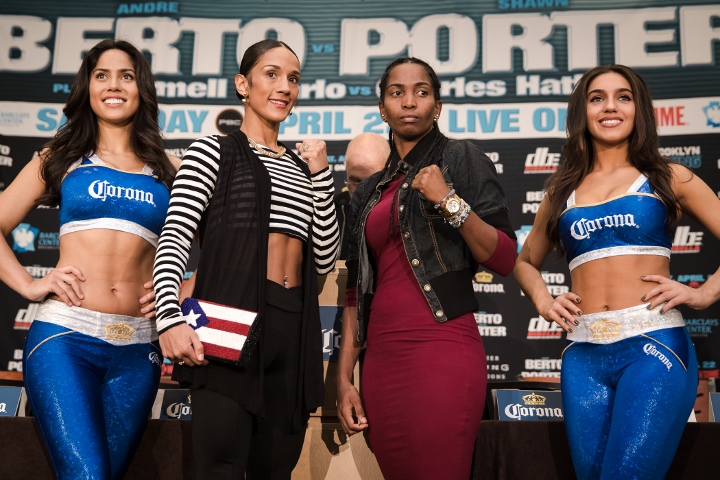 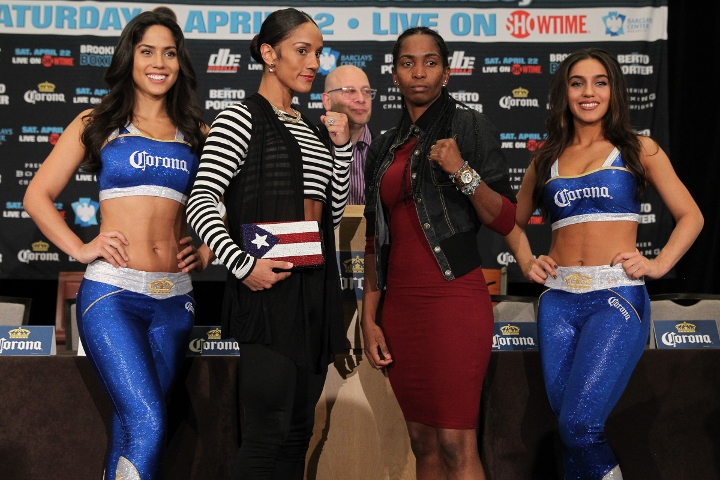