Carlos Cuadras and Jesse Rodriguez went face-to-face at the official weigh-in in downtown Phoenix as they meet for the vacant WBC World Super-Flyweight title at the Footprint Center in Phoenix, Arizona on Saturday night, live worldwide on DAZN. (photos by Ed Mulholland) 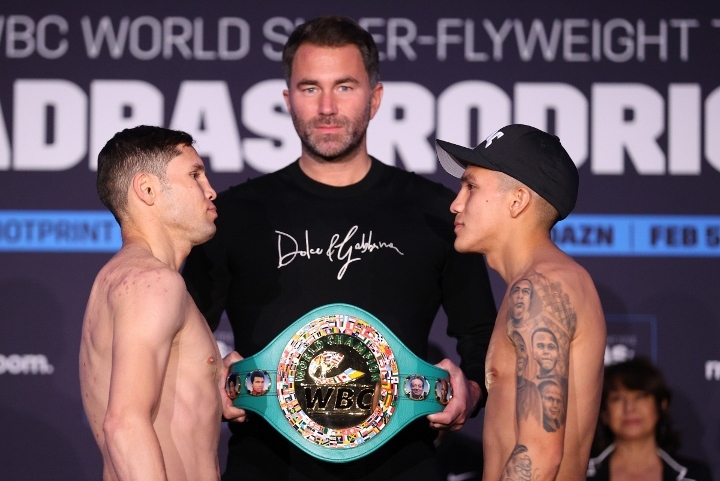 Rodriguez (14-0 10 KOs) announced a promotional deal with Eddie Hearn and Matchroom last week, with the intention of closing in on a World title shot in 2022 with a fight on Saturday night’s bill. 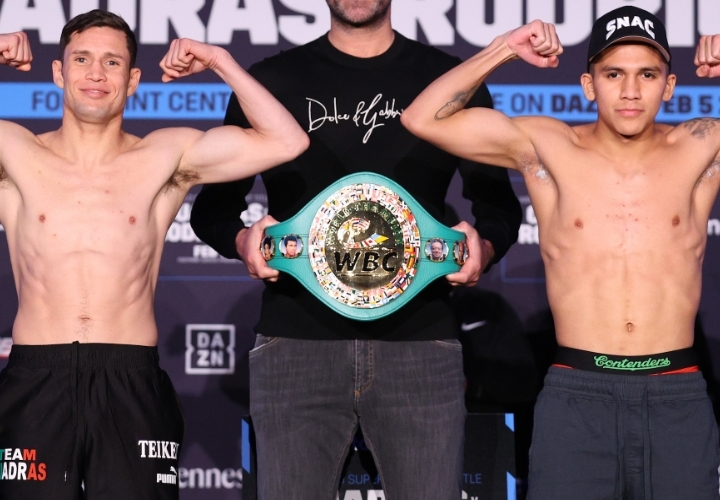 Cuadras and Rodriguez clash on a big night of action in Phoenix with more World title action on the card as Jamie Mitchell (7-0-2 4 KOs) makes the first defense of her WBA Bantamweight title against Carly Skelly (4-0-1). 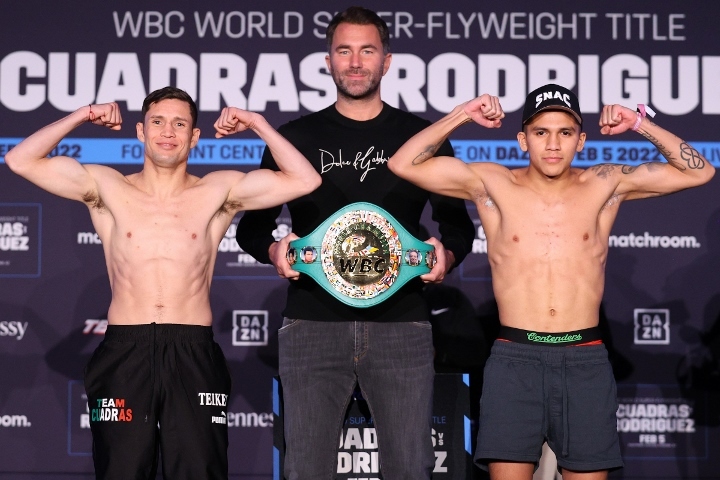 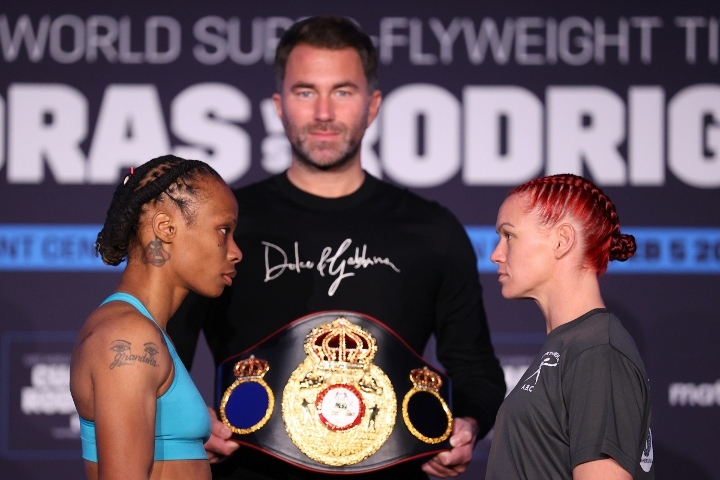 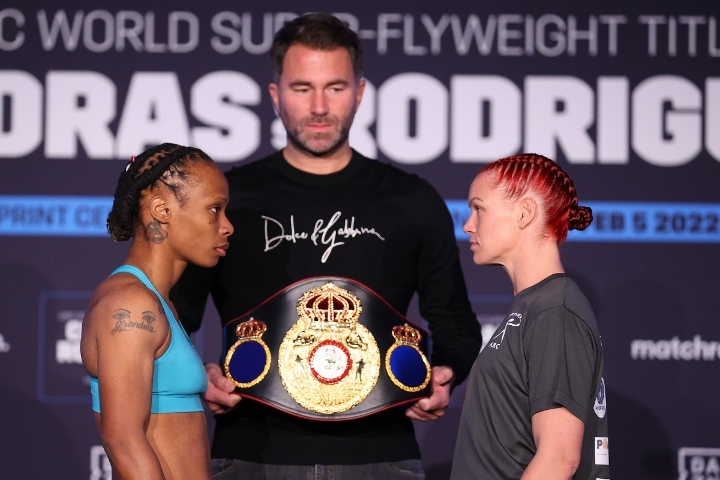 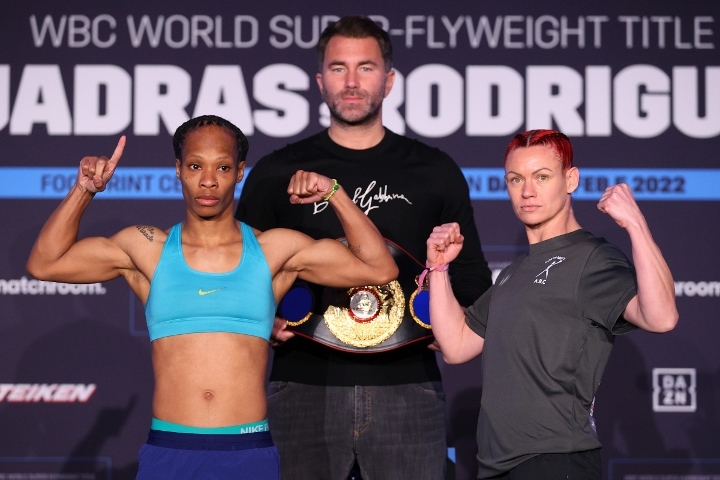 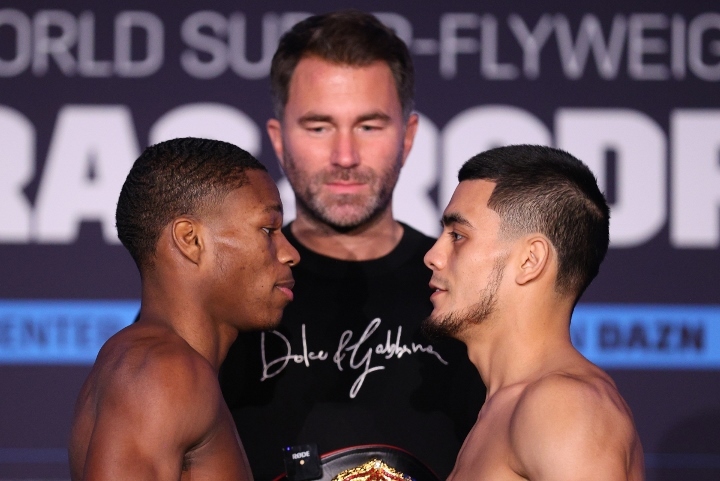 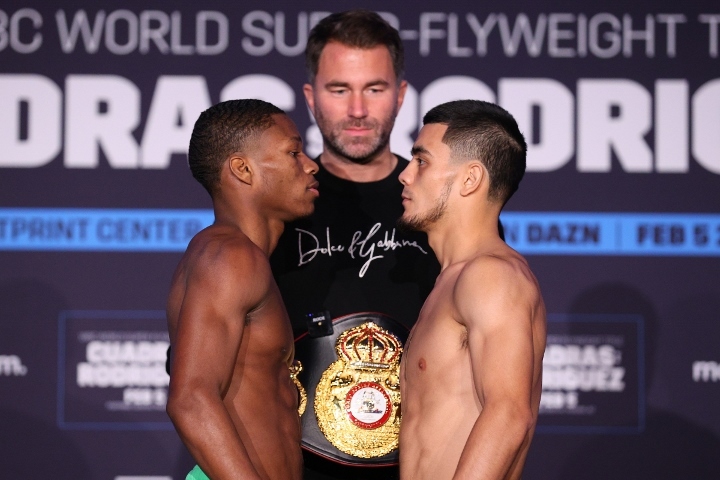 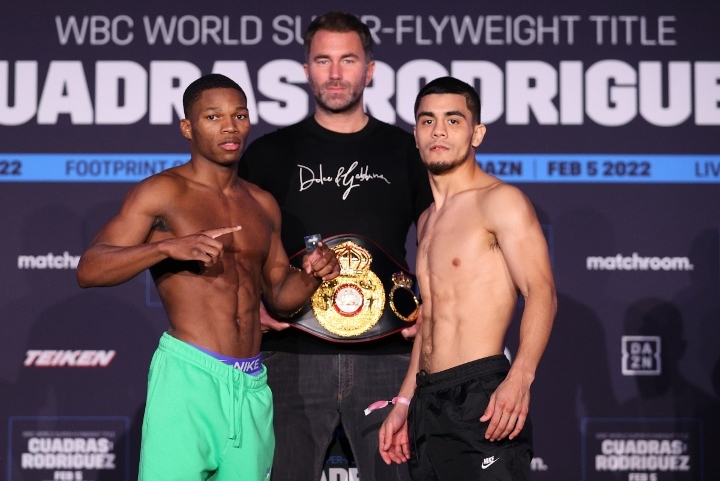 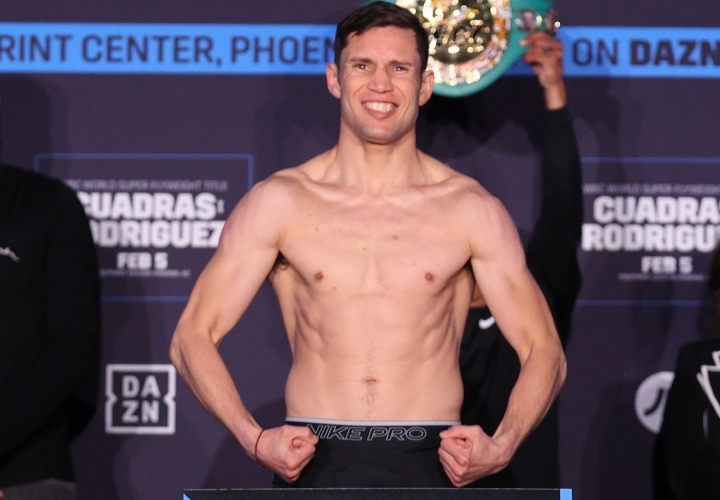 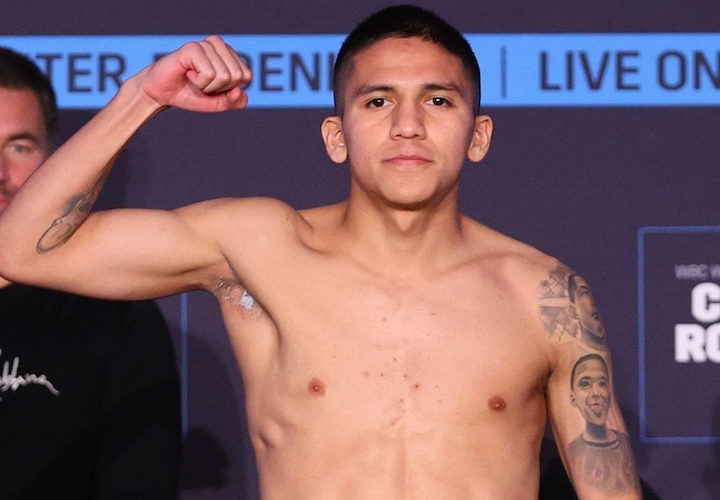 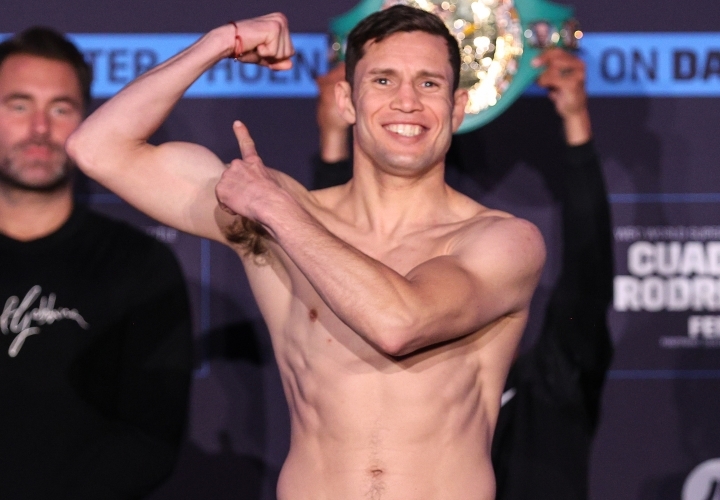 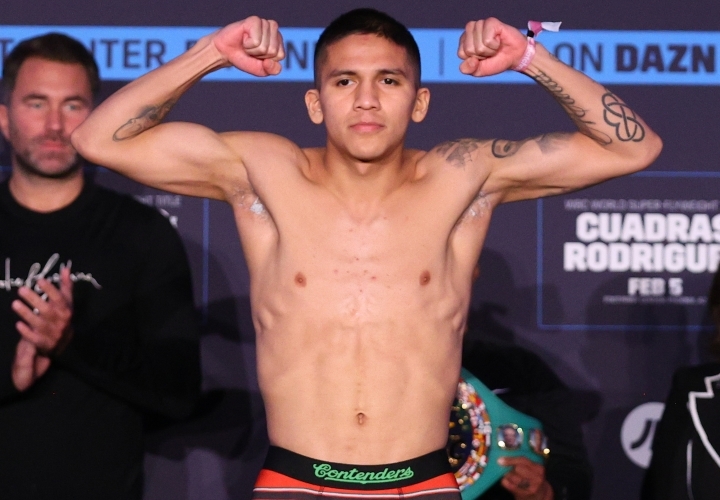 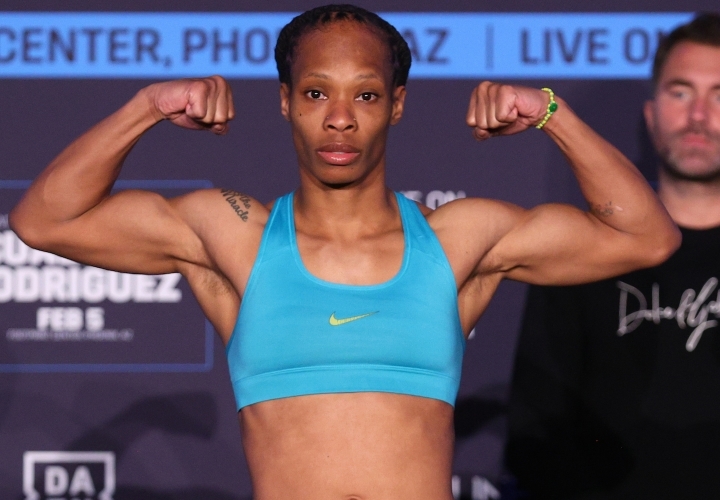 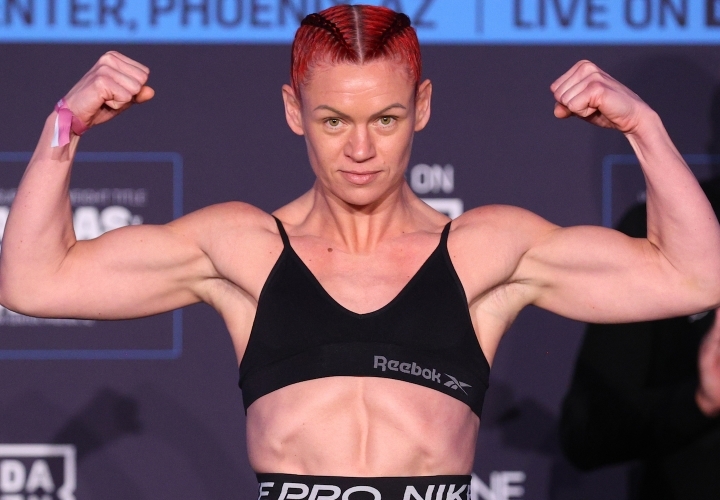 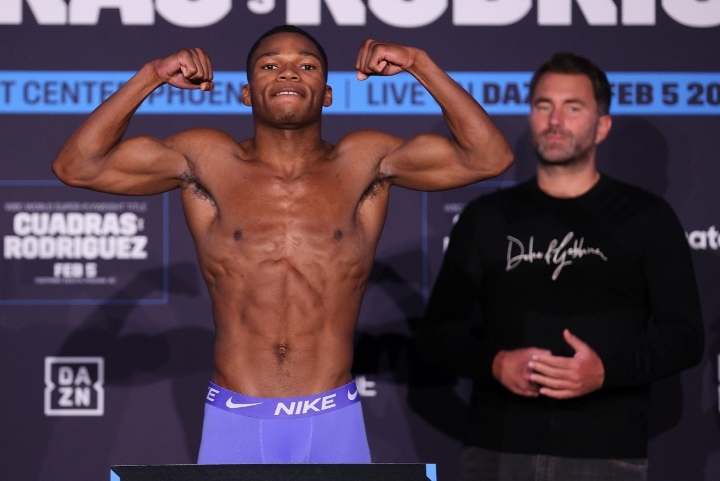 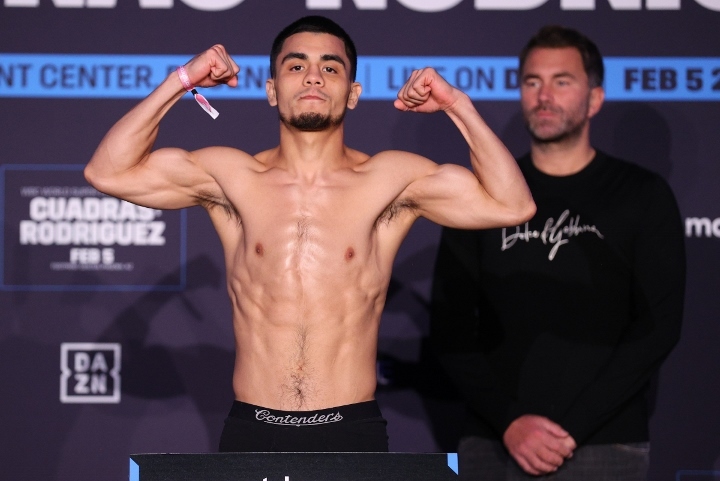