Alvarez stopped Smith in the ninth round Saturday night after dropping him in the previous two rounds, winning the WBO light middleweight championship before a record crowd of 51,240 at AT&T Stadium.

The victory kept the 26-year-old Alvarez (48-1-1) on pace for a showdown with undefeated, unified middleweight champion Golovkin that is expected be held by September 2017, according to Alvarez promoter Oscar De La Hoya. 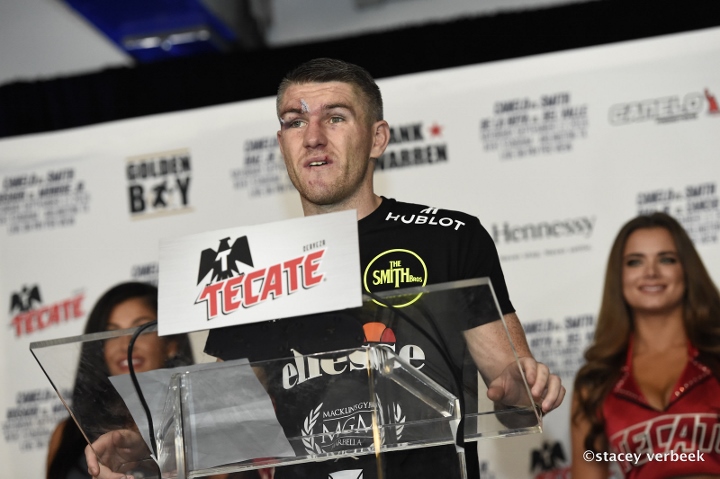 Golovkin is a 34-year-old based in Santa Monica, California and the Kazakhstan native has said he wants the fight as soon as possible. Signals have been mixed from the Alvarez camp whether he was waiting to better negotiating terms and location as well as wanting to spend more time training at a higher weight. 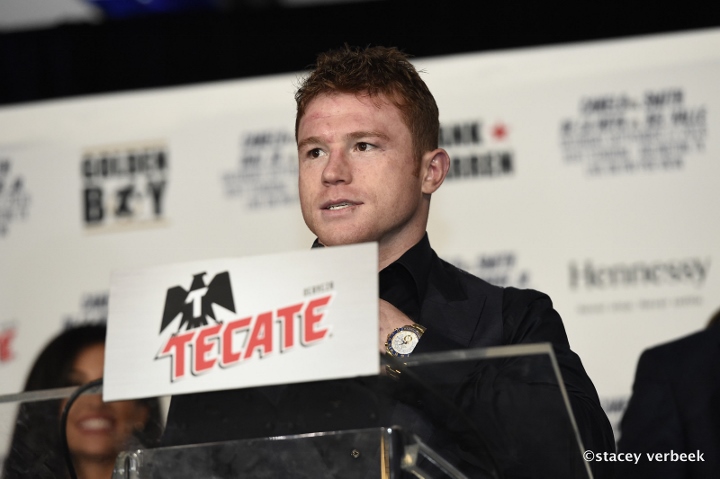 Alvarez had won a middleweight title but vacated it for this shot at the junior middleweight championship, sparking criticism that he was avoiding the hard-punching Golovkin. 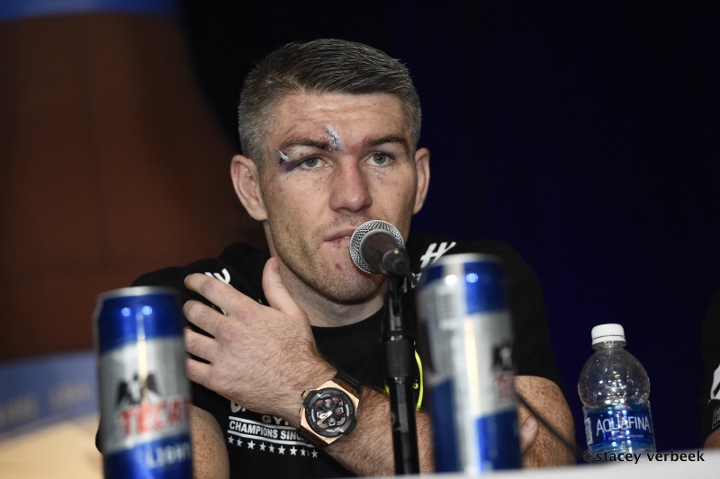 "We are ready for him and he doesn't want to accept," Alvarez said. "As I said, we are a team and I fear no one. I fight the best and I want to fight the best. I am the best at this sport and Viva La Mexico!" 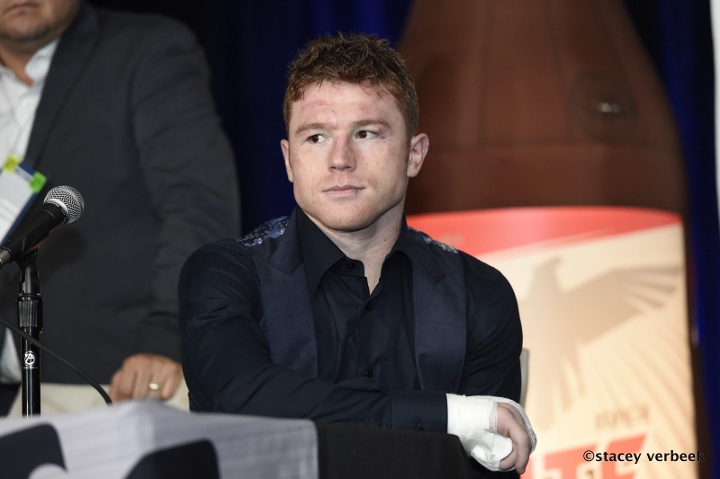 Negotiations toward a fight this fall fell apart, and some were surprised Alvarez said Golovkin had been offered a fight. 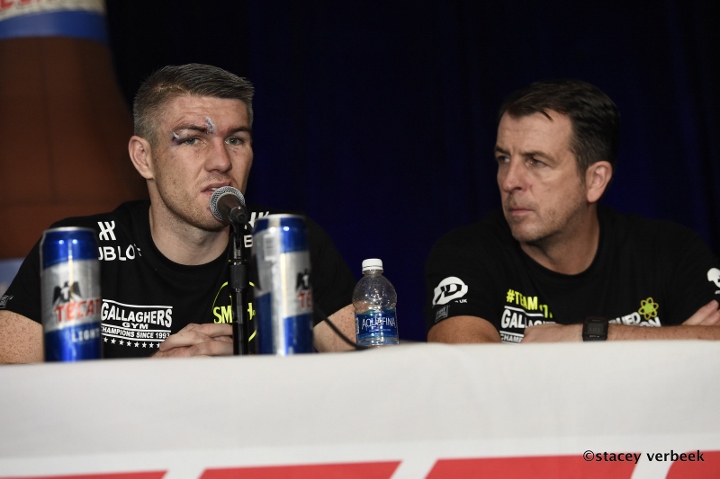 The large crowd for the Mexican Independence weekend bout will keep the home of the Dallas Cowboys in the running for the prospective match with Golovkin. The attendance record had been set in a Manny Pacquiao fight. 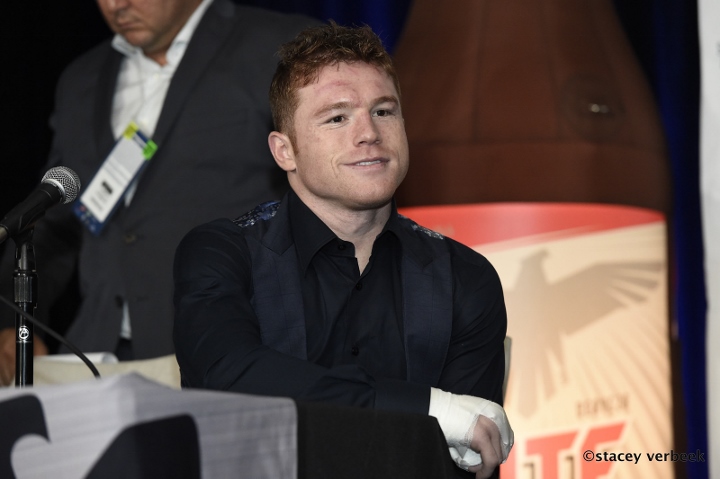 Alvarez was loudly cheered throughout the fight as well as every time he was shown on the screen during undercard bouts. Before the knockout in the ninth, his blistering pace of right uppercuts continued to take a toll and he opened a cut above Smith's right eye. 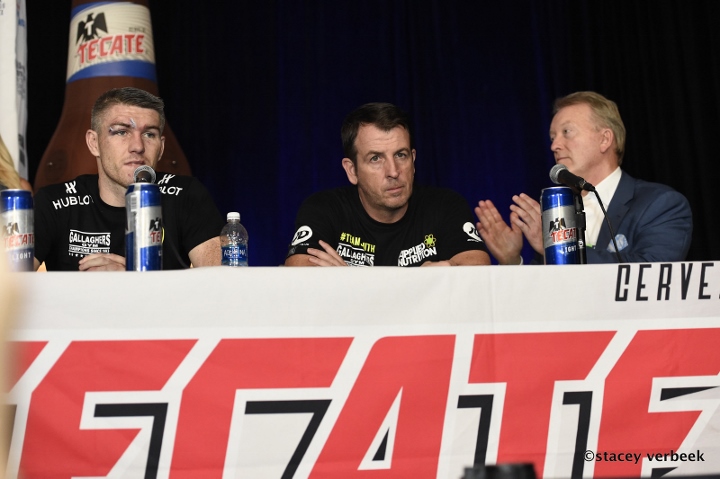 Smith (23-1-1) wasn't the pushover some expected when Alvarez announced the fight instead of meeting Golovkin. An inch taller and a little stronger, Smith had never been knocked down. He was willing take some hits while trying to land his knockout right. Alvarez was much quicker and had a strong and swift left while trying to set up a barrage of left and right body blows. 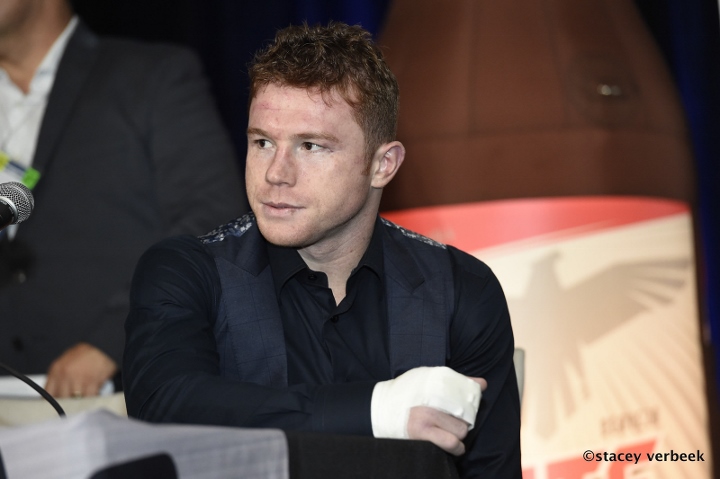 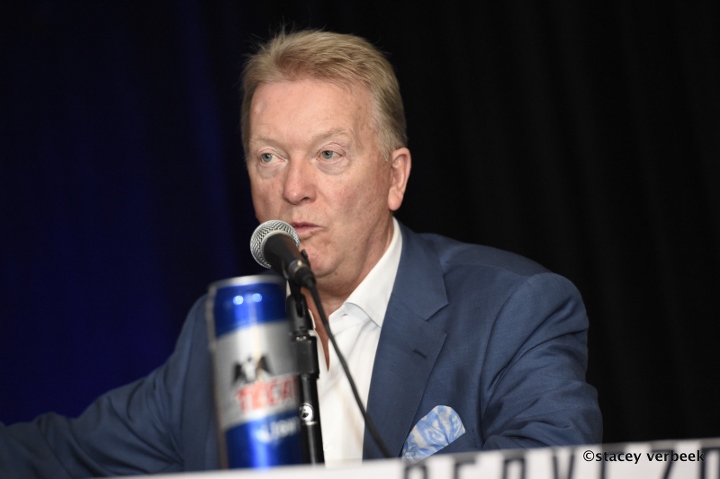 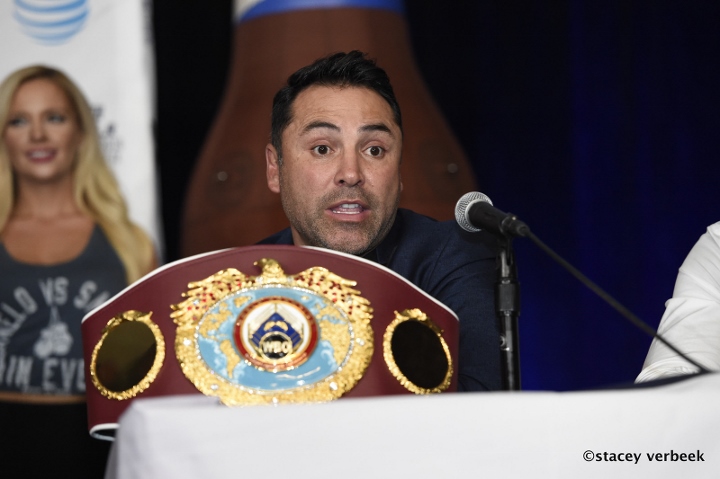 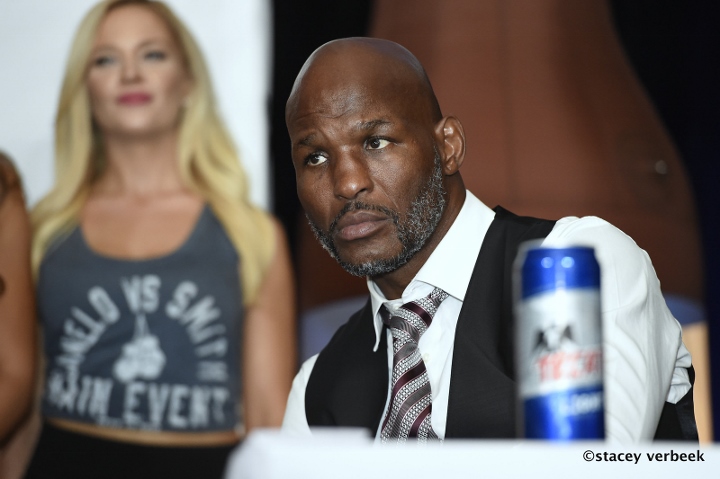 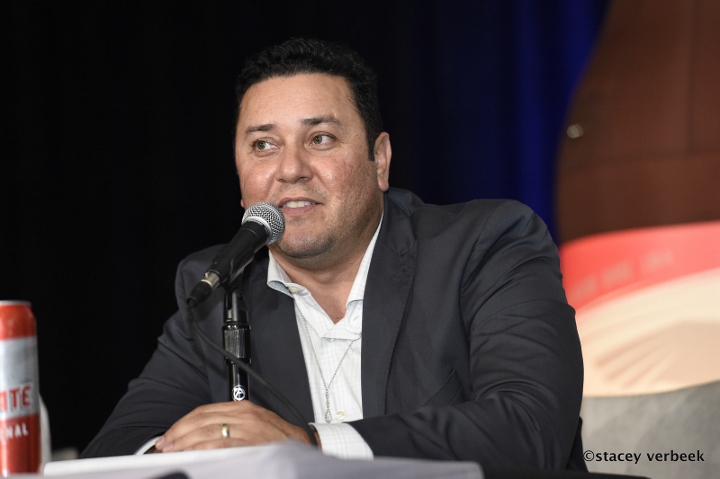