LAS VEGAS -WBC, Ring Magazine and Lineal Middleweight World Champion Canelo Alvarez (46-1-1, 32 KOs) and British top fighter and former two-time former world champion Amir "King" Khan (31-3, 19 KOs)made their grand arrivals today at the MGM Grand Hotel and Casino in Las Vegas ahead of their middleweight championship showdown on May 7 at the new T-Mobile Arena, which will be produced and distributed live by HBO Pay-Per-View® beginning at 9:00 p.m. ET/6:00 p.m. PT. Photos by Hoganphotos. 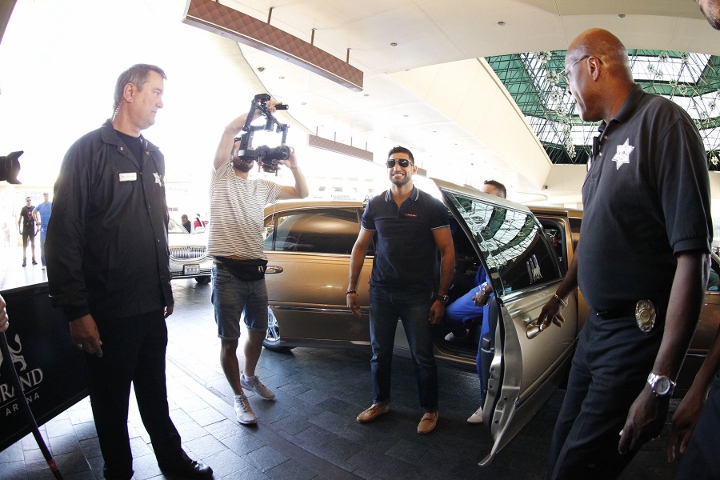 Below is what the fighters had to say at today's grand arrivals:

"There is a difference between wanting and doing. On Saturday night, we will see who will give who a boxing lesson. I want to thank all of my fans for the support. I am very honored to be celebrating on Cinco de Mayo, and I hope to put on a great show on Saturday night. I'm training hard for twelve rounds, I'm ready to go all of those rounds, and if the knockout presents itself-I'm ready to take it." 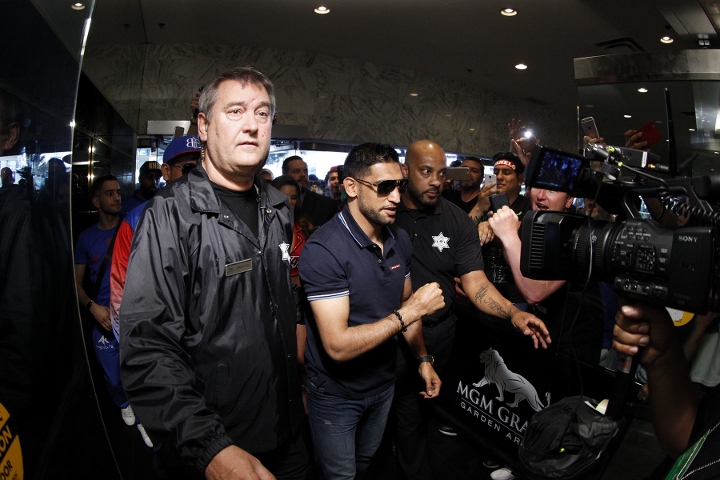 "All the hard work and training has been done. I have a great team, and I am conditioned and ready to fight and represent my country of England. Mentally, I have prepared by praying, being with my beautiful family, and the support from my fans. Even though Cinco de Mayo is a Mexican holiday, we are going to see a lot of British flags come Saturday night. This is a huge fight, as Canelo is a star in Mexico and America. I know I'm here as the underdog, but I'm ready to win and take this WBC belt back to my home in England. I wouldn't have taken this fight if I didn't think I could take it. I have trained for everything and worked on my speed and my power. A win against Canelo would be one of the biggest wins of my career because he is a superstar, especially on this Cinco de Mayo weekend in front of everyone. I have trained and worked on my speed and my power. The fans will be very happy on Saturday night. I will be the new world champion. I think it will be difficult to knock Canelo out, but I know I can give him a boxing lesson." 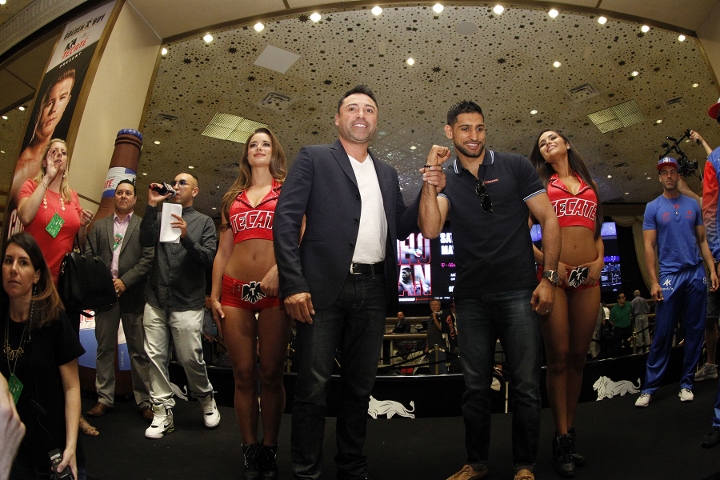 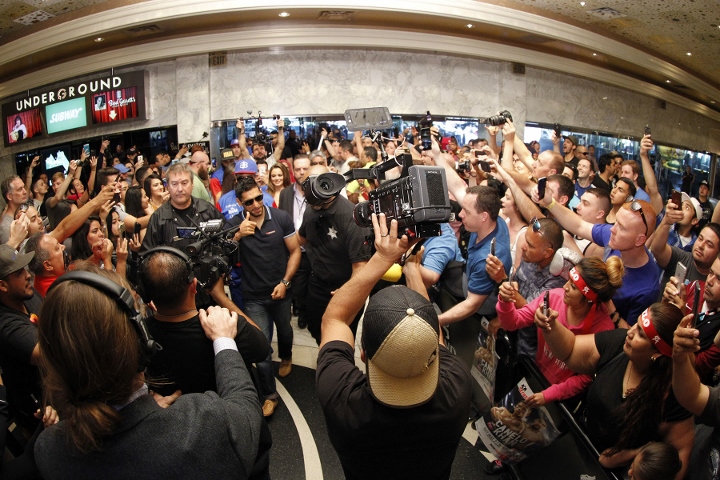 "I feel so good to be here in Las Vegas, I have trained hard, and I couldn't feel better about this fight. I know Lemieux comes in as a great fighter, he has a better record than me, and I have a lot of respect for him. The only thing on my mind in the future is fighting David Lemieux." 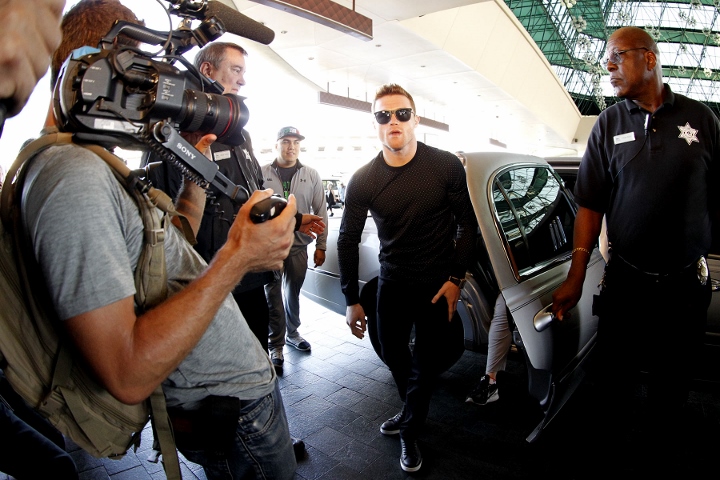 "Frankie Gomez and I are going to create something very special in the ring on Saturday night. Get your tickets because nobody is going to take this fight from me. Training camp has been tough; like every camp it is the toughest part but all my training will make it an easy night for Saturday. I'm not burned out - I'm hungry to win. Frankie Gomez is undefeated and has everything going for him. He wants to take my spot and everything I have built. I respect him as a fighter, but it is my time. He will get his chance later." 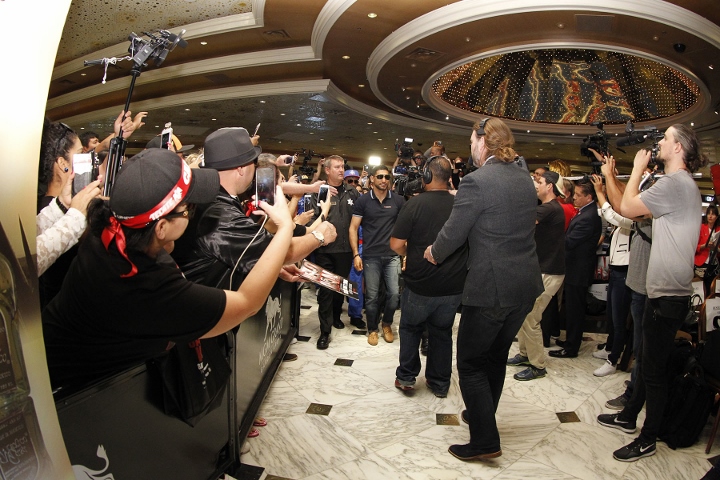 "I'm ready and Mauricio is a great fighter with a lot of experience but so am I. I'm going to show everyone I am not going here to lose on May 7. Training has been great, and I've been getting ready for 12 weeks. I'm 100 percent focused on the sport and ready to go. Herrera is very crafty with great experience and has fought many fighters, but I know I'm better." 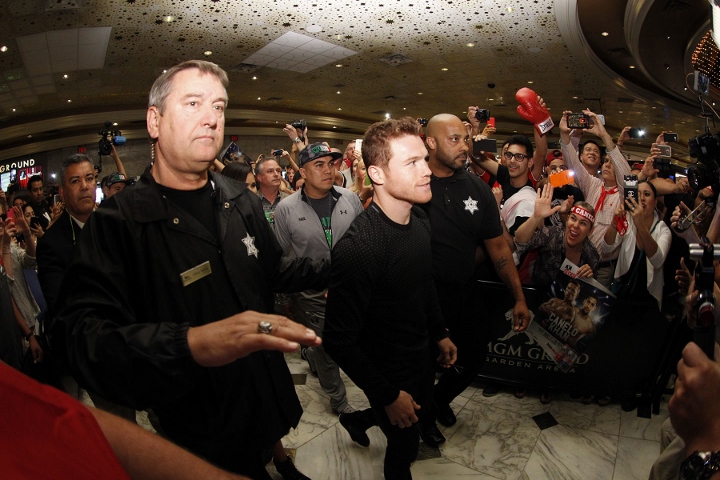 "I'm ready and prepared. Good luck to Curtis on trying to knock me out. I will put on a good show, especially for my Mexican friends." 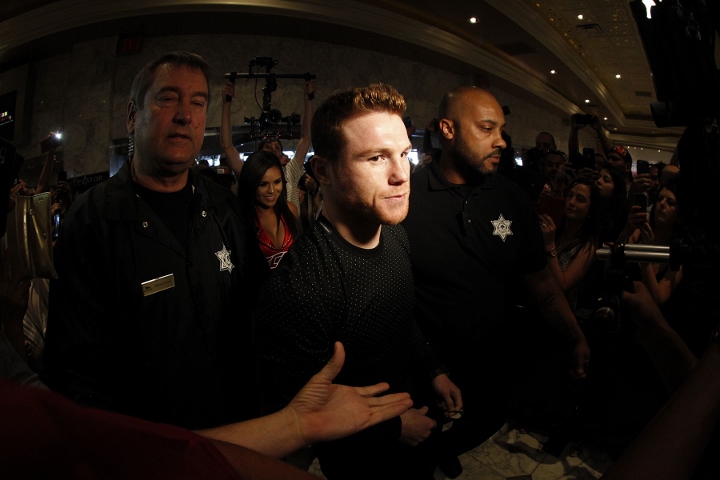 "This has been my dream all my life and the next step is to be a world champion. I'm going to keep the fans real excited on May 7!" 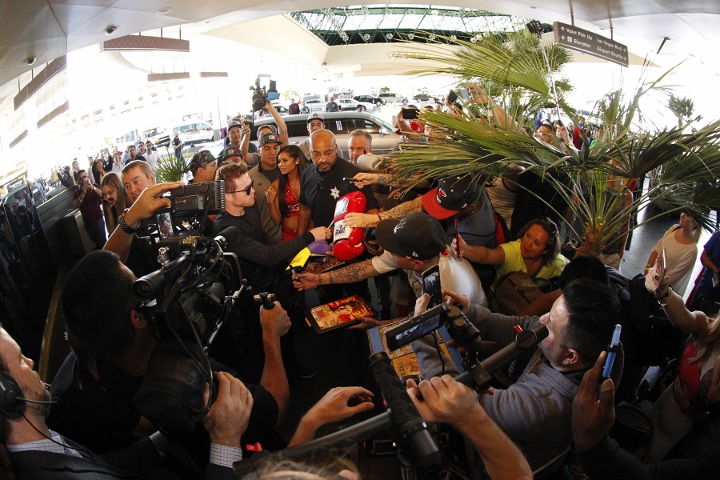 "I'm very excited to be here and see all the beautiful, Mexican people here as fans and to be here on this card. I am thankful to Golden Boy Promotions for this opportunity. There is some pressure with the De La Hoya name, but I've been prepared for it all my life and I'm ready to put on a show for my fans with my fight. I know my fight is going to be tough because I'm fighting an undefeated opponent. But like a well-trained, Mexican fighter, I'm going to give it all in the ring and come out with a victory."

"It feels great to be here with all the support from the fans for my fight on May 7th. I worked very hard to get to this position, and I'm going to grab my opponent, put on my knockout gloves and take the victory." 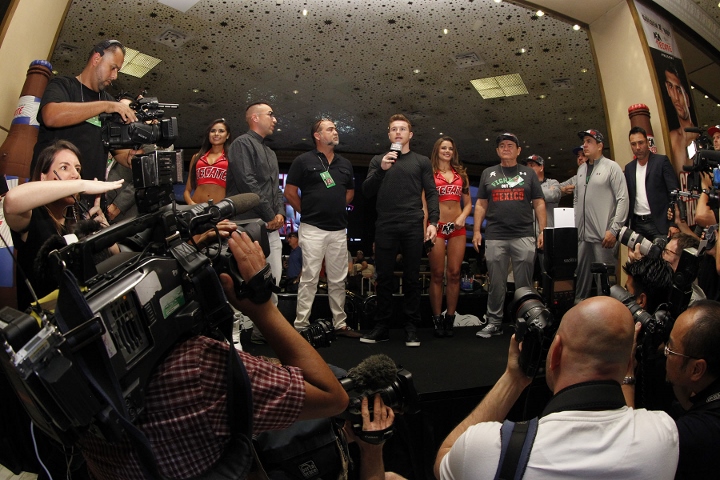 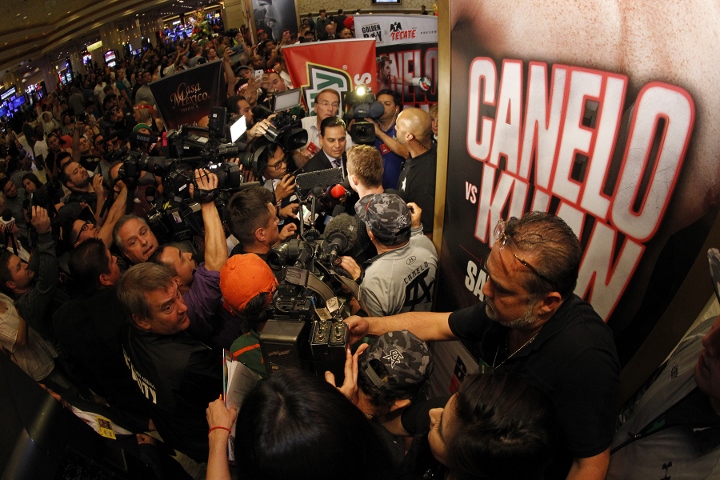 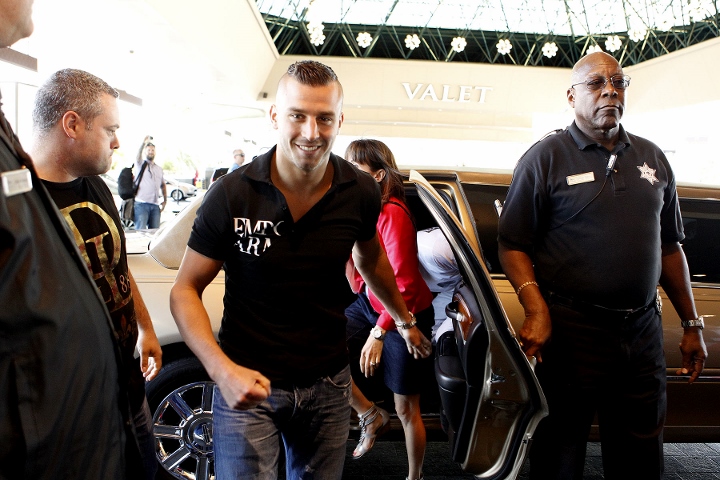 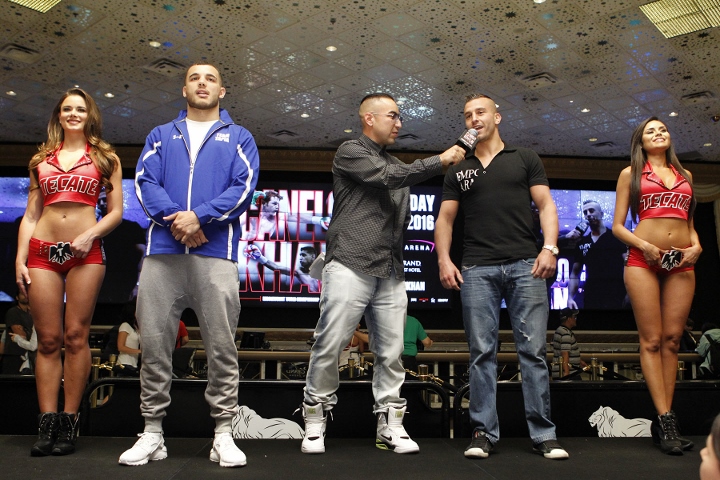 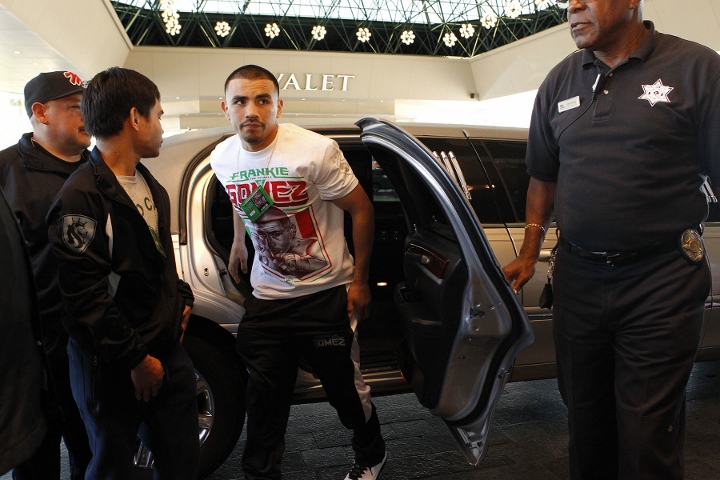 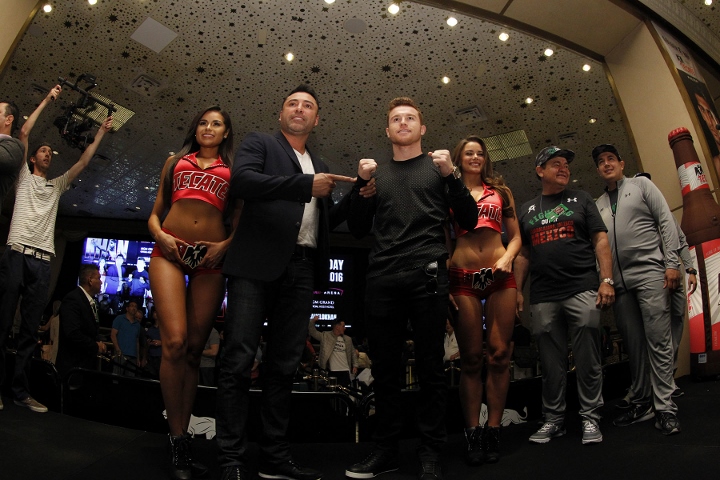 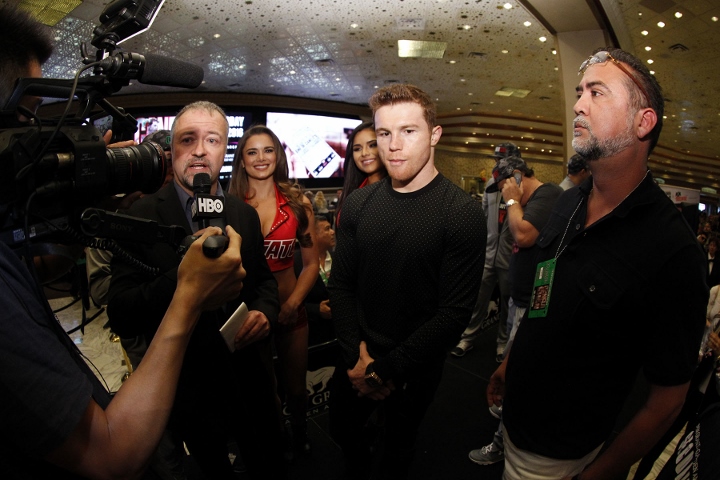 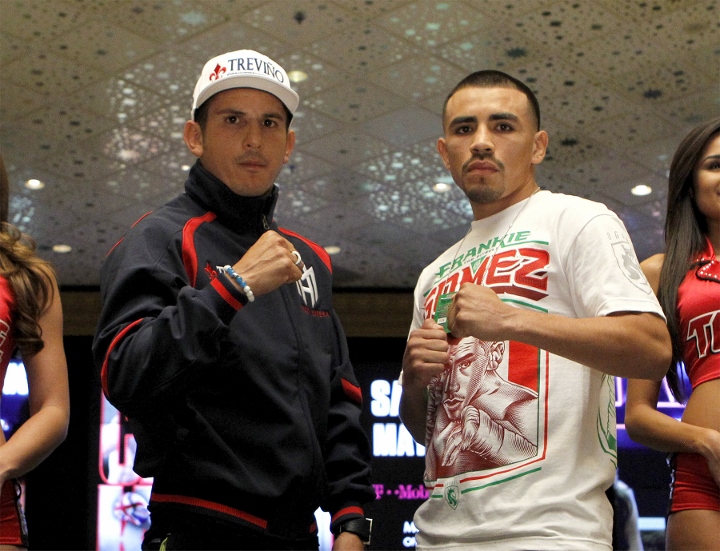 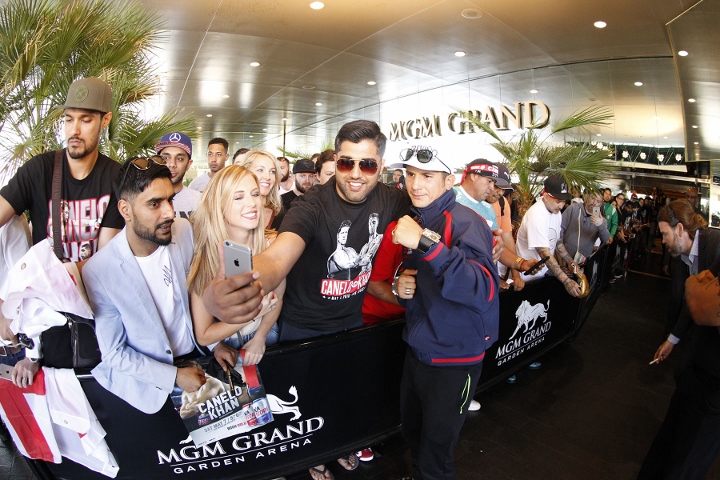 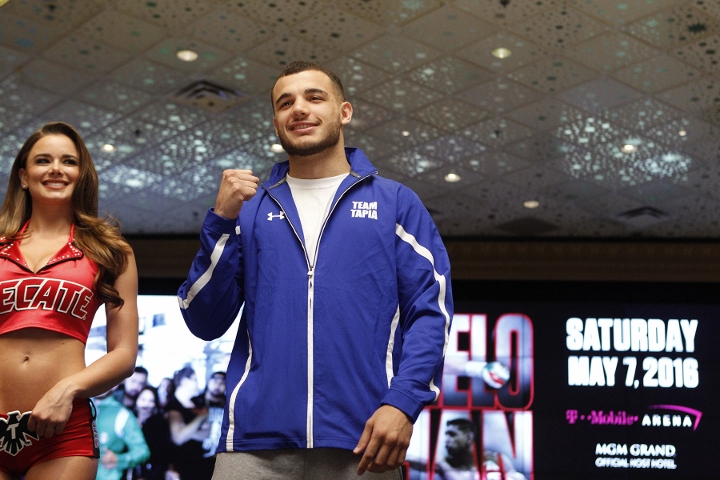 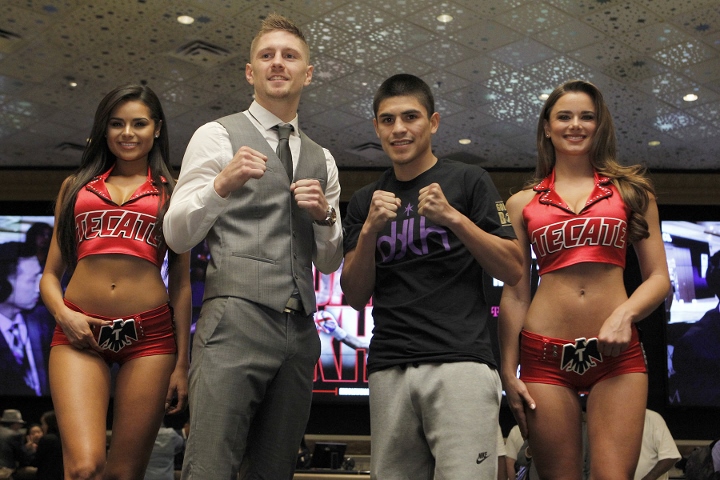 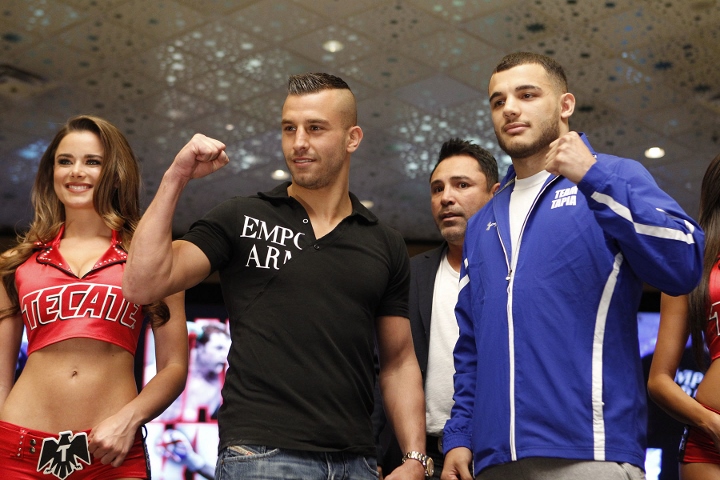 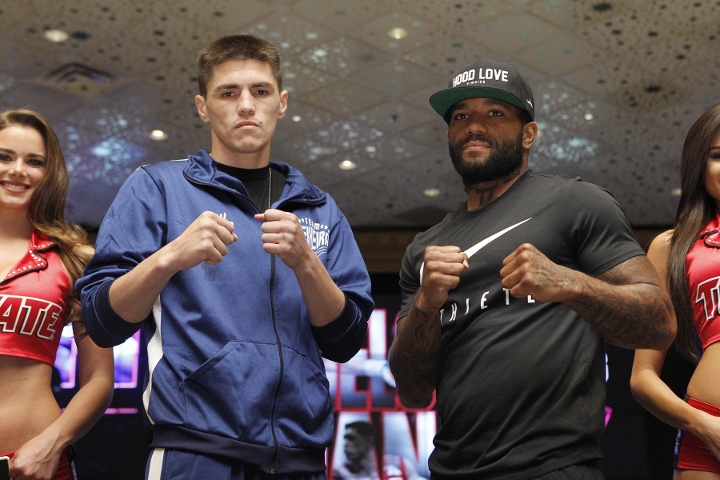 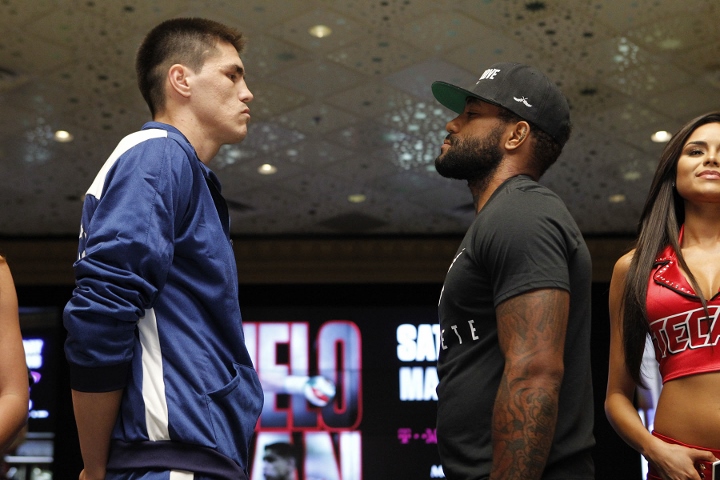 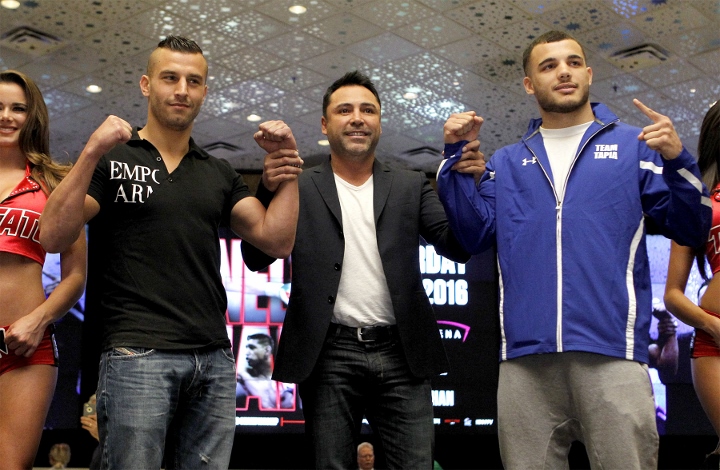