Tottenham Hotspur Stadium - Campbell Hatton overcame some tricky moments before getting the benefit of the doubt for his fourth professional win over Sonni Martinez in a lightweight six-rounder. (photos by Mark Robinson)

Martinez got the better of the early stages as he caught Hatton repeatedly with heavy shots as he came forward. Hatton looked particularly wide open to the uppercut. Martinez landed one in the first and then in the third he seemed to be rocked by another. 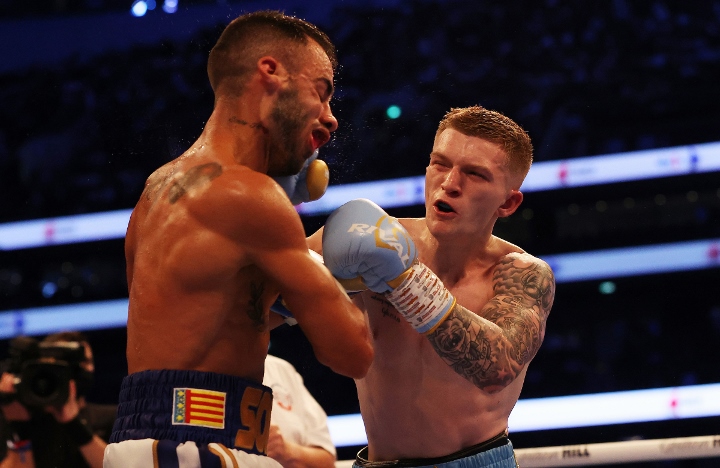 What Hatton did have was an engine and raw aggression, as he tore into the Uruguayan, forcing him backwards by sheer number of punches. 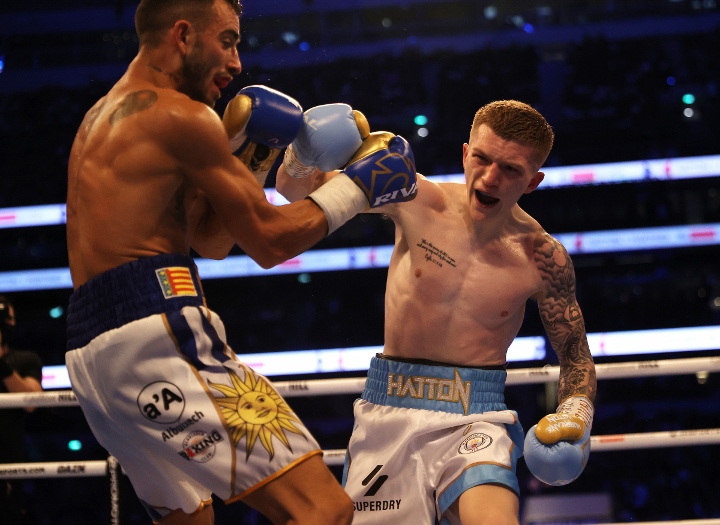 In the final round, Hatton seemed to tire but kept throwing and the two went toe-to-toe at the final bell.

Marcus McDonnell scored it 58-57 to Hatton, which was greeted with boos by the crowd at Tottenham, although it was a close fight in the main. 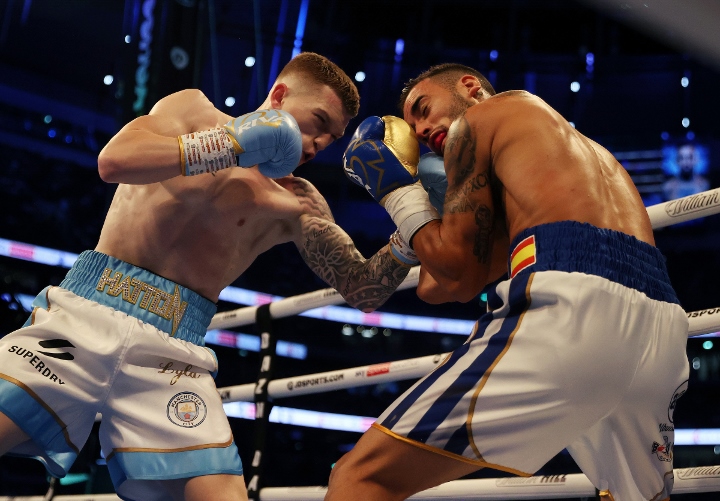 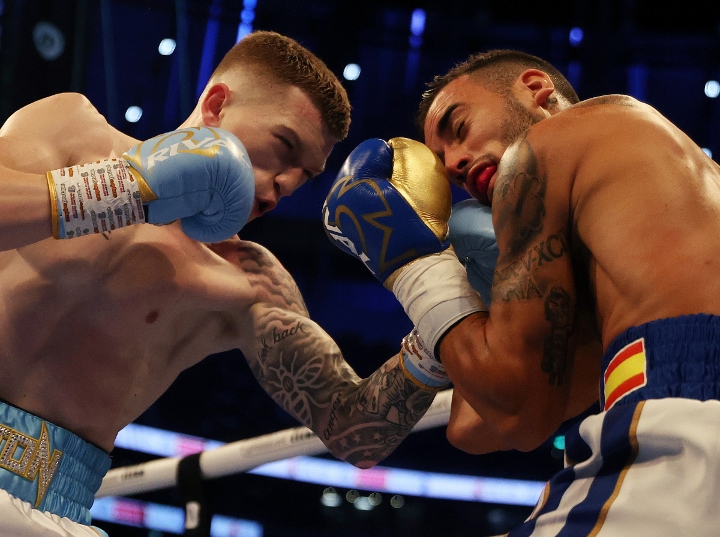 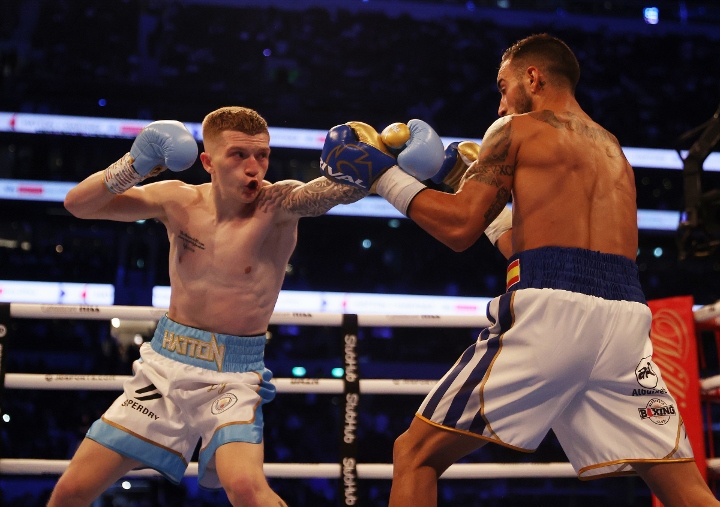 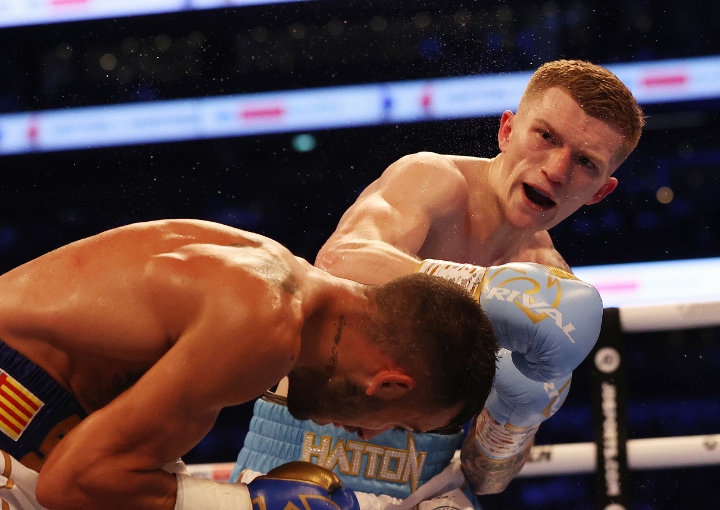 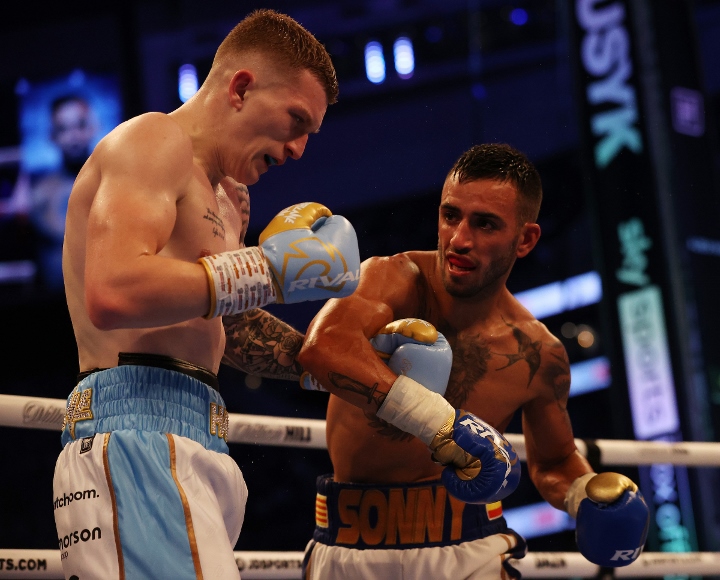 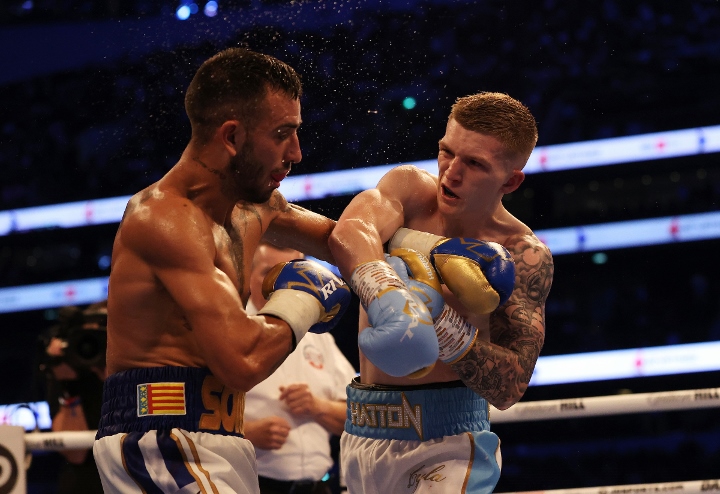 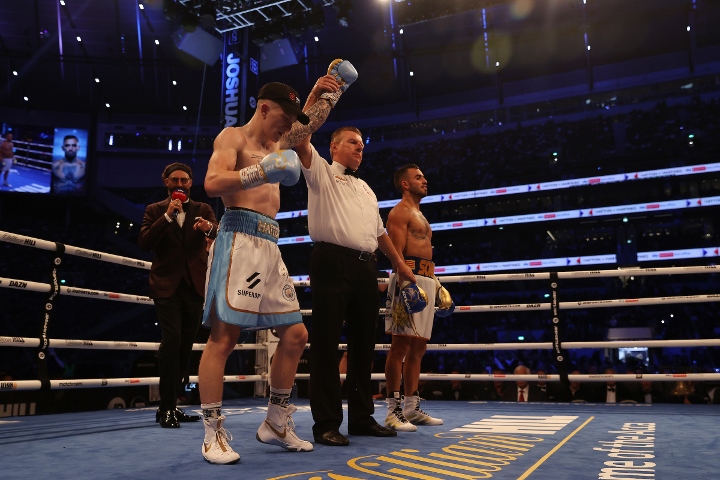 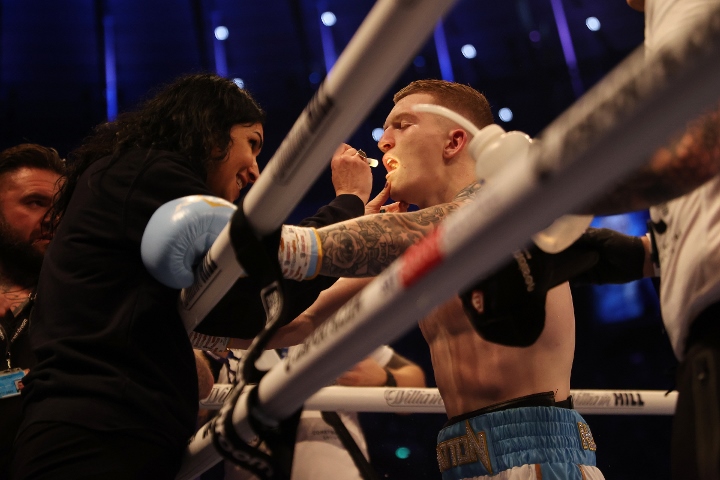 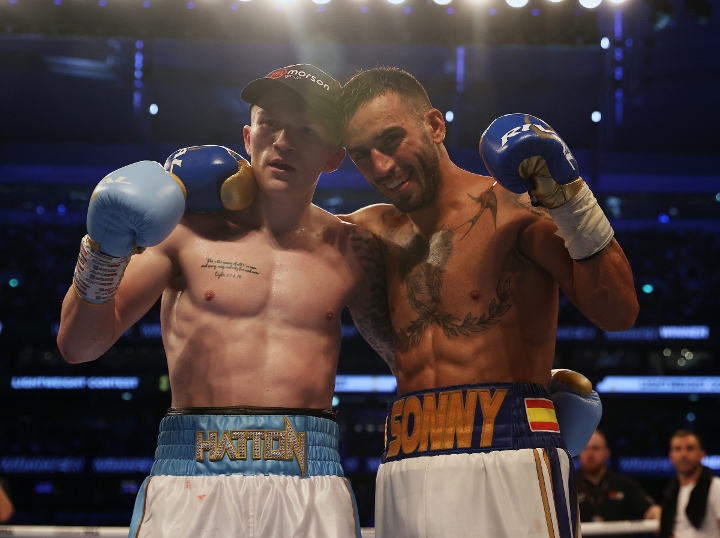