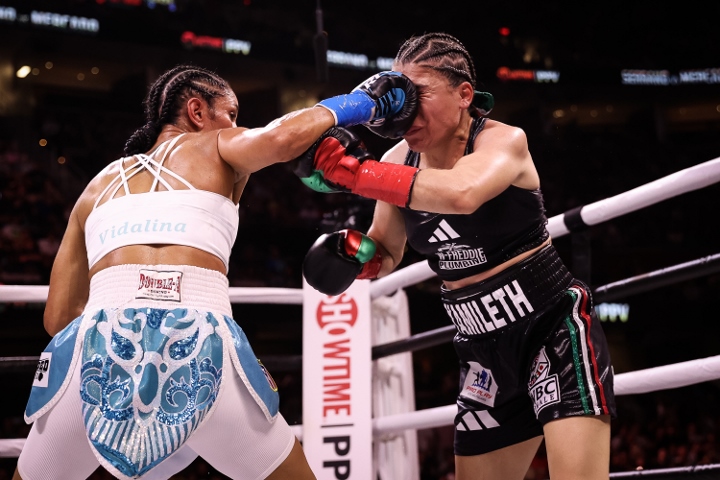 Serrano came out firing the first round and was pushing forward to force a fire-fight. Mercado was staying cool in the first and second, looking to counter as Serrano pushed forward. 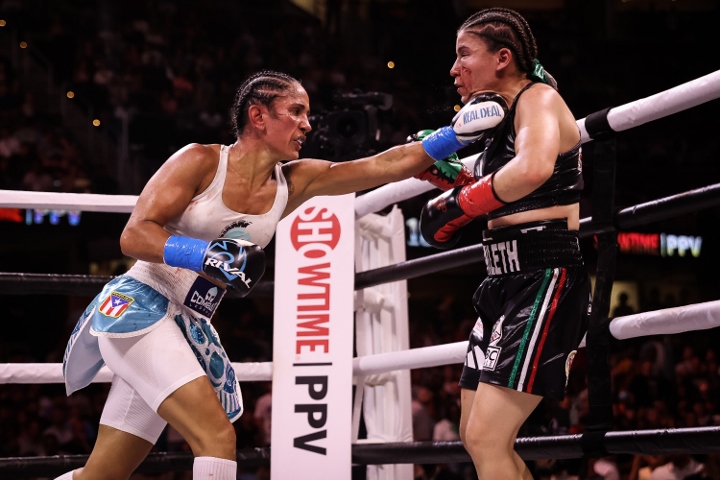 Mercado was willing to trade in third and fourth, but Serrano had control and the edge. Serrano was digging to the body in the fifth and staggered Mercado with an uppercut in the sixth.  Serrano cut Mercado in the ninth and punished her with heavy punches in the tenth. 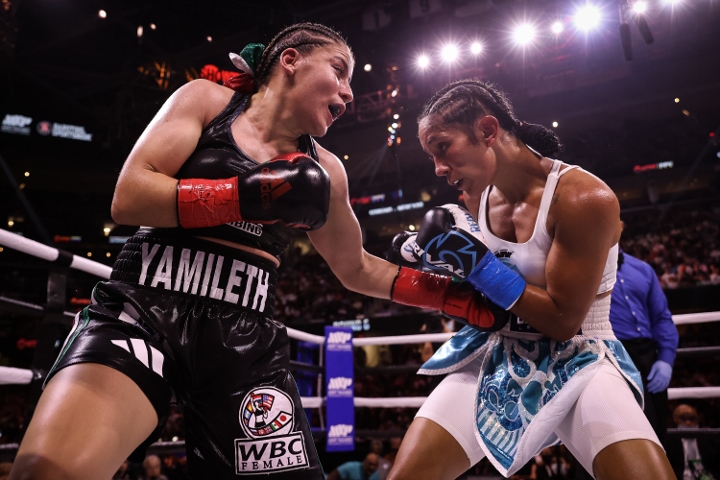 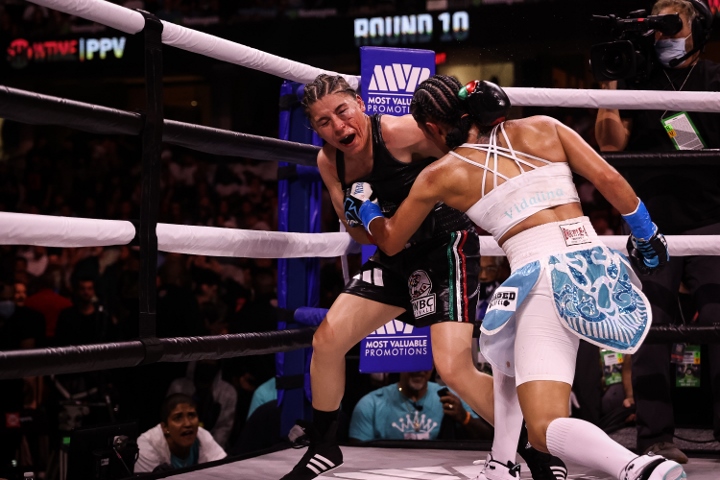 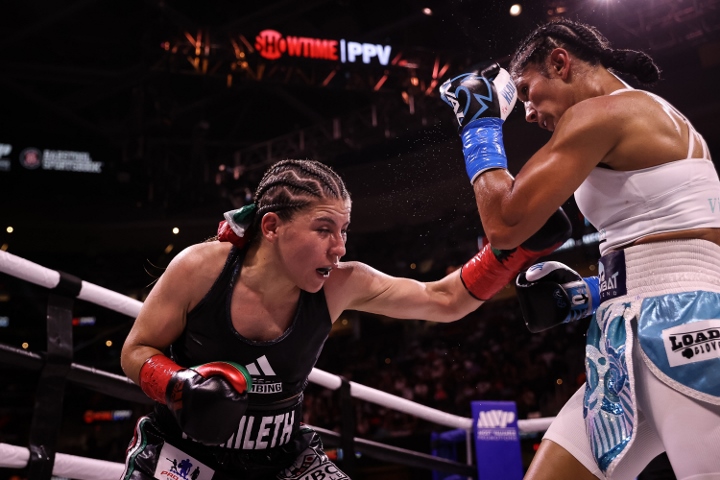 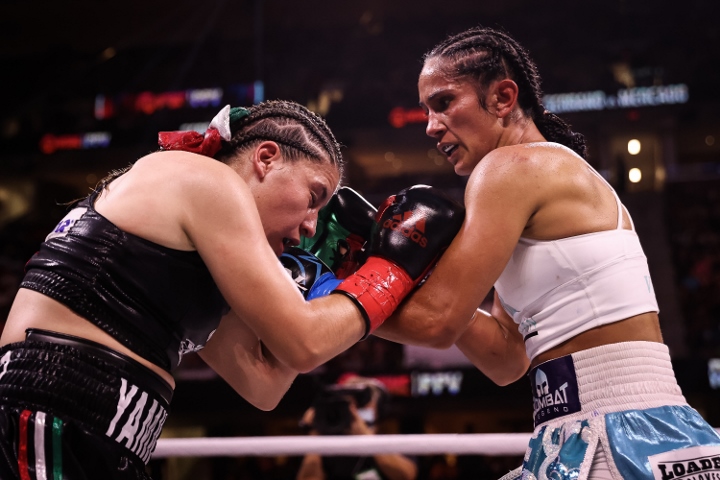 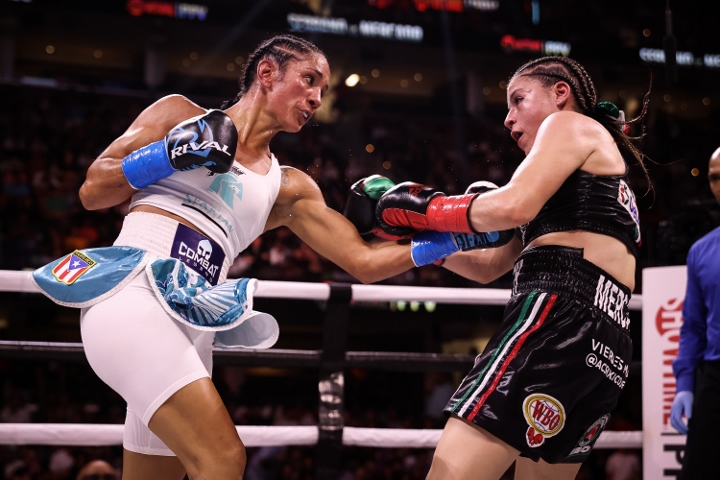 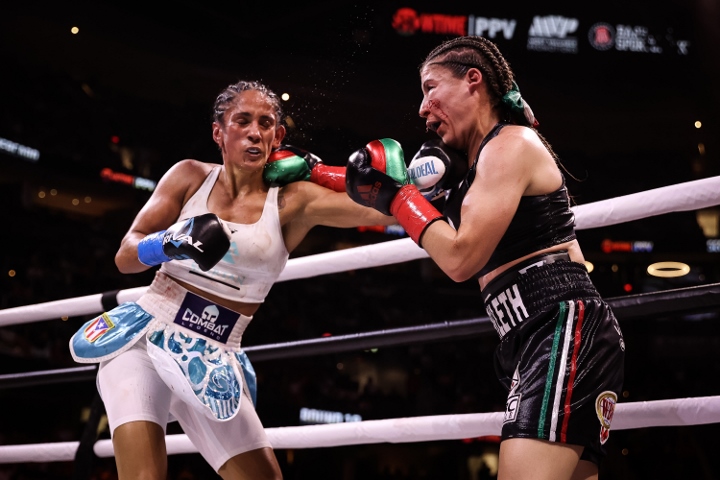 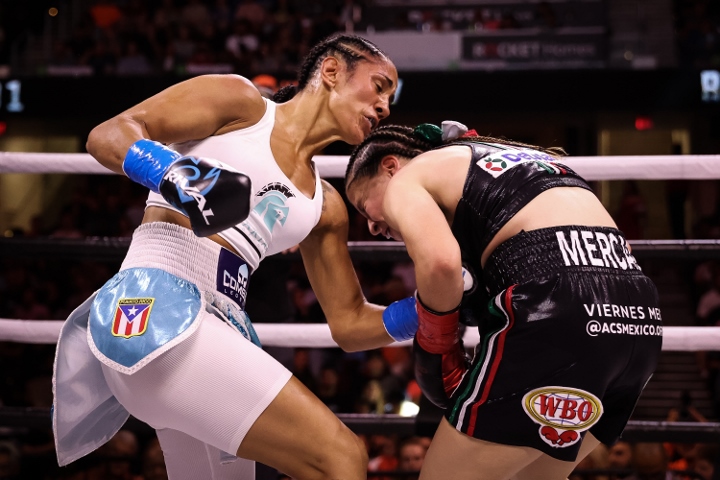 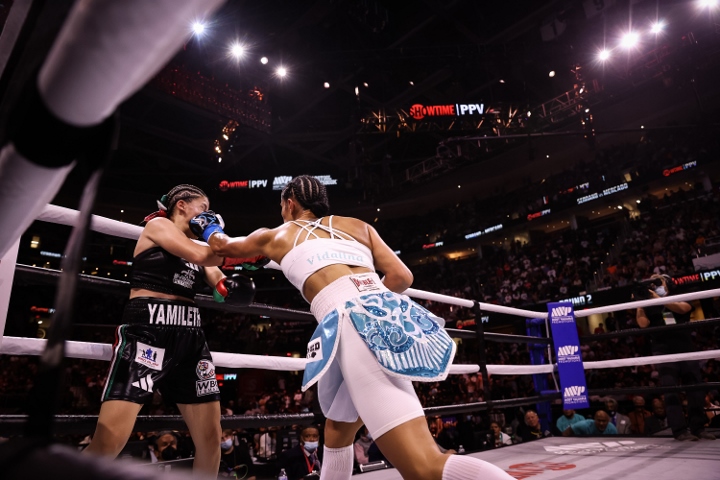 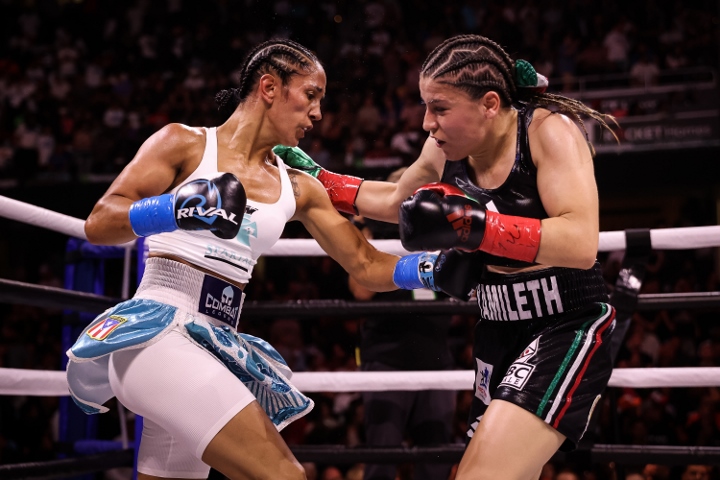 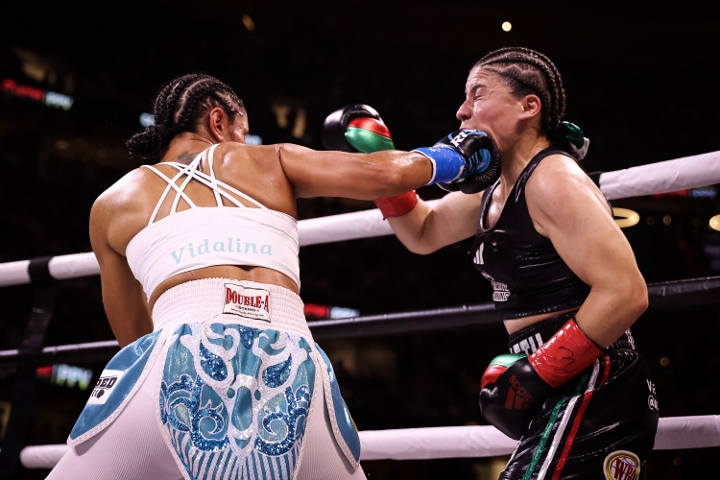 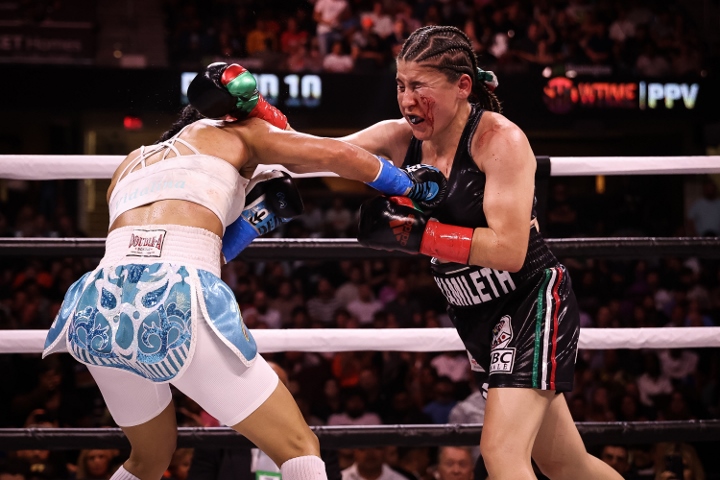 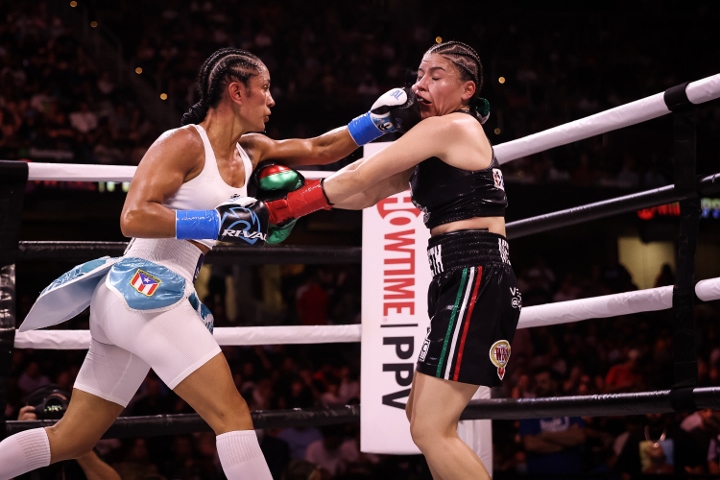 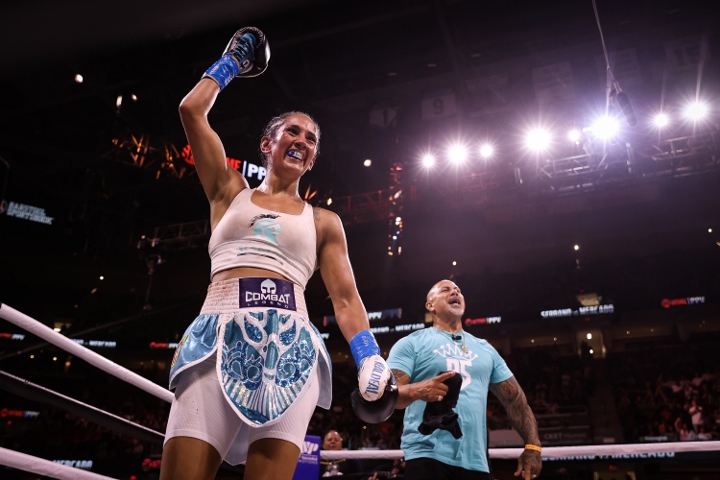 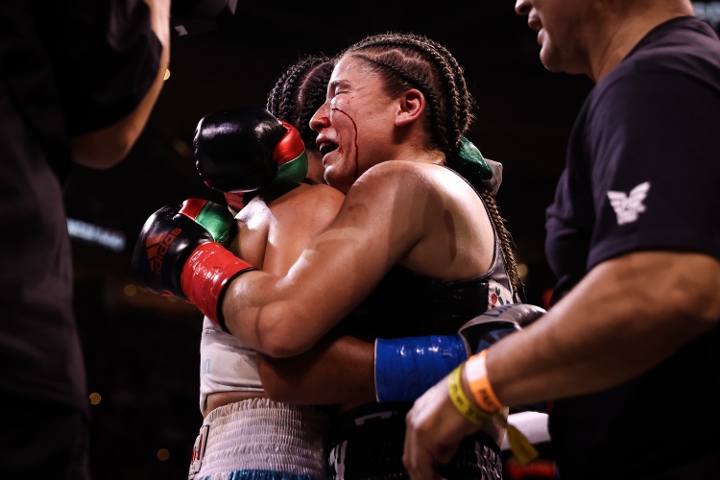 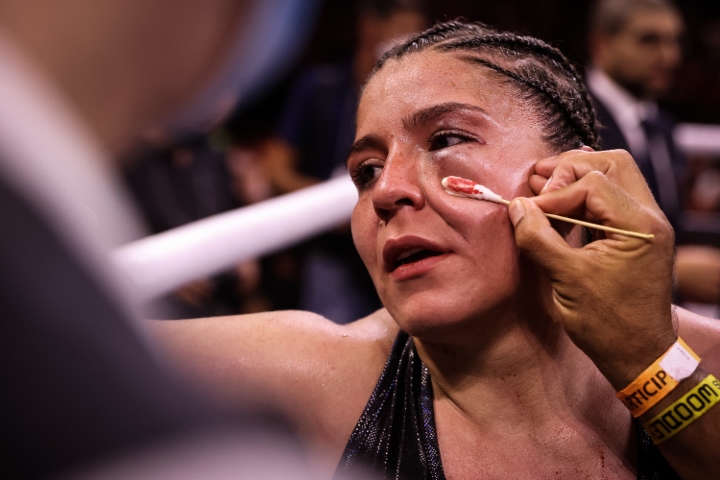 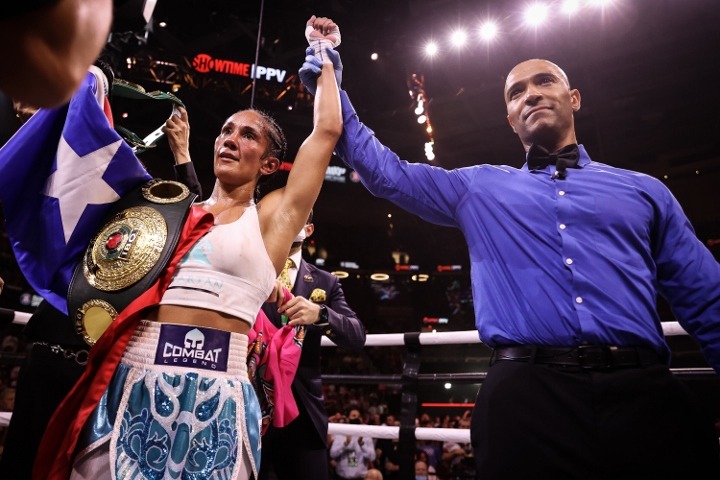