One of the most exciting prospects in British boxing, Adam Azim, delivered a barbaric knockout 42 seconds into the 2nd round to an experienced opponent in Rylan Charlton. (photos by Lawrence Lustig) 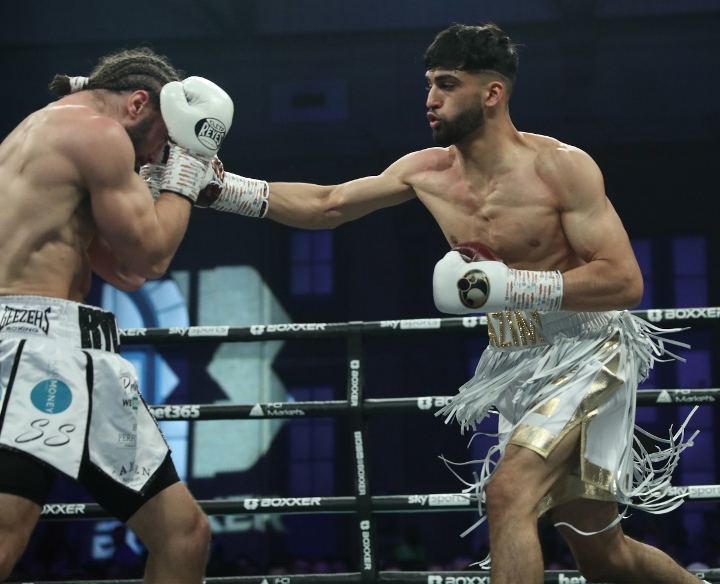 Azim now moves to 7-0 as a professional, with 6 KOs, and, at only 20 years old, looks destined to be a future player. 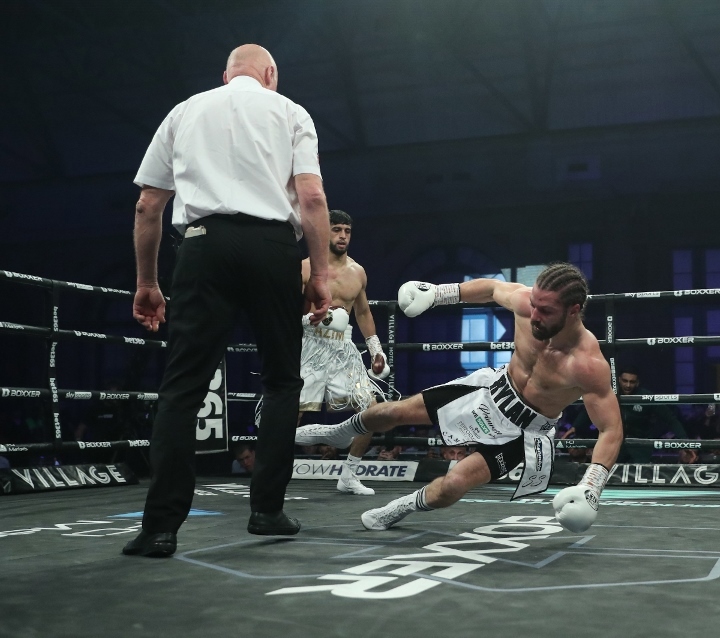 Charlton was saved by the bell in the 1st round, having been knocked down twice and looking seriously hurt, but The Assassin stayed composed, and advanced with cold-blooded determination to make sure Charlton would be unconscious before the round could end. 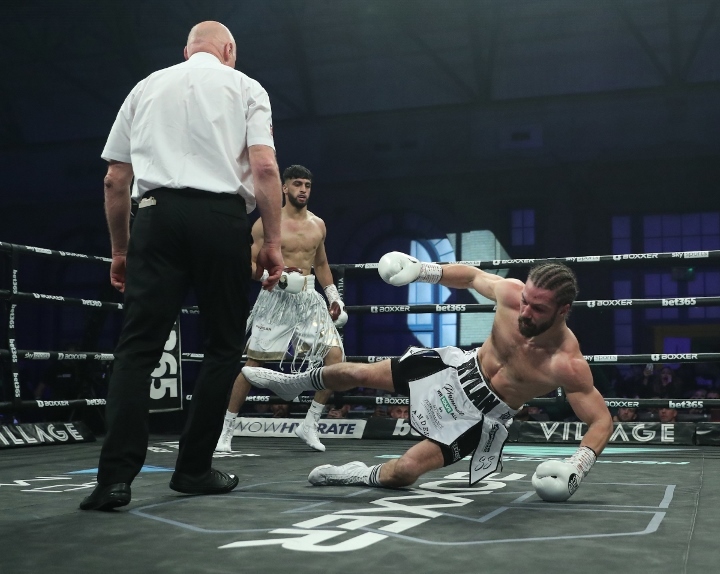 The sky seems to be the limit for the electrifying Adam Azim, now on a streak of 6 knockouts within the first 3 rounds, with the question now becoming when he reaches the top, not if. 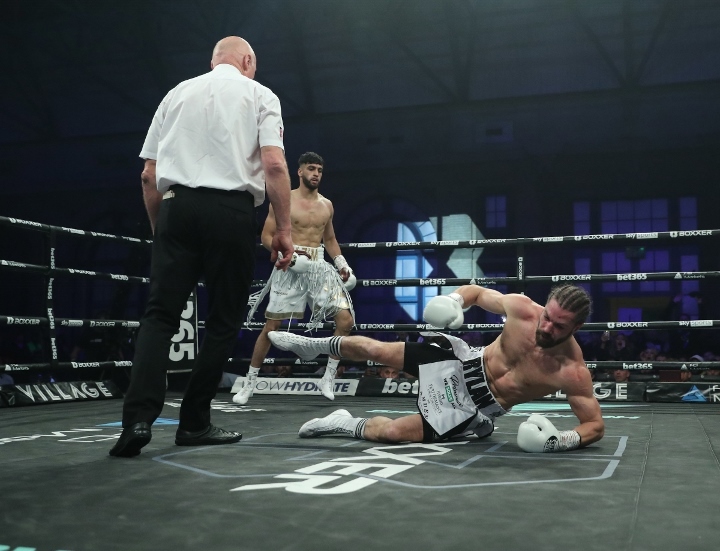 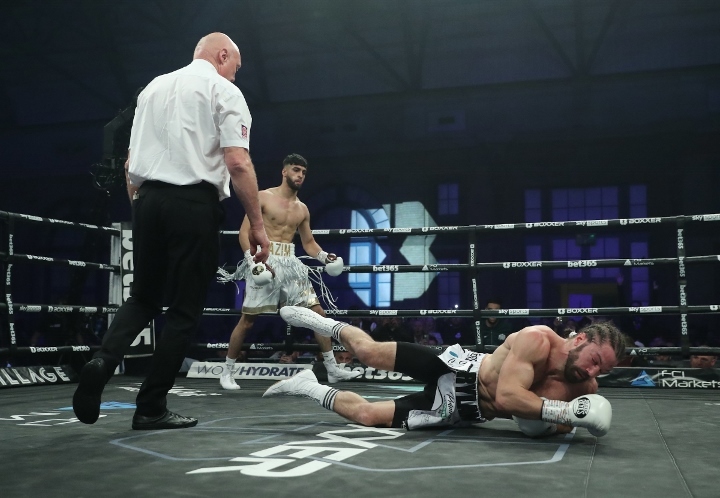 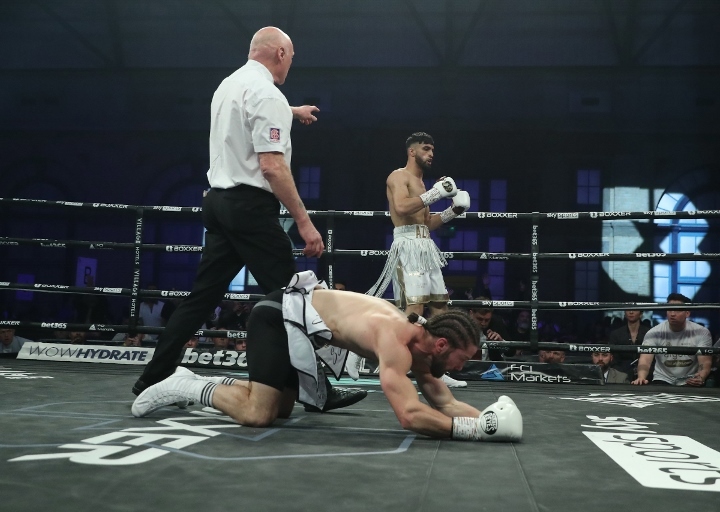 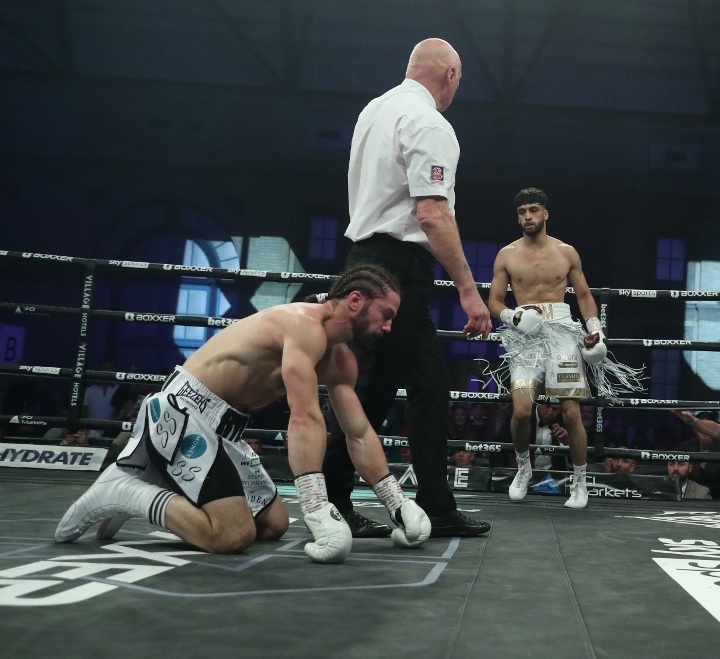 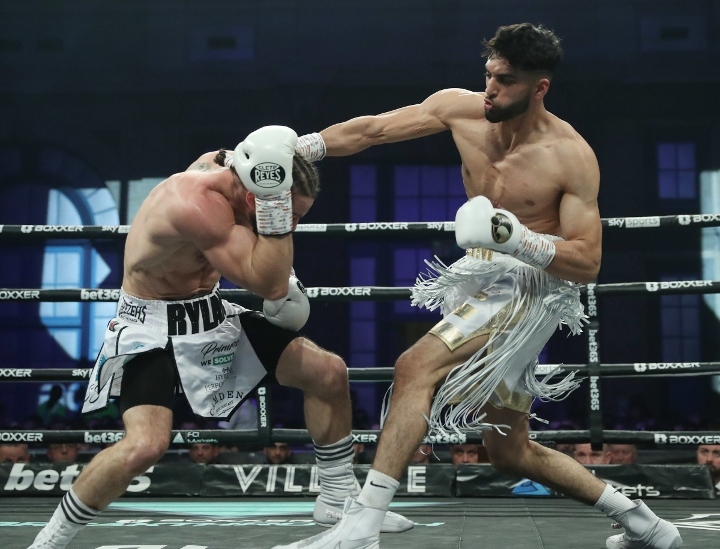 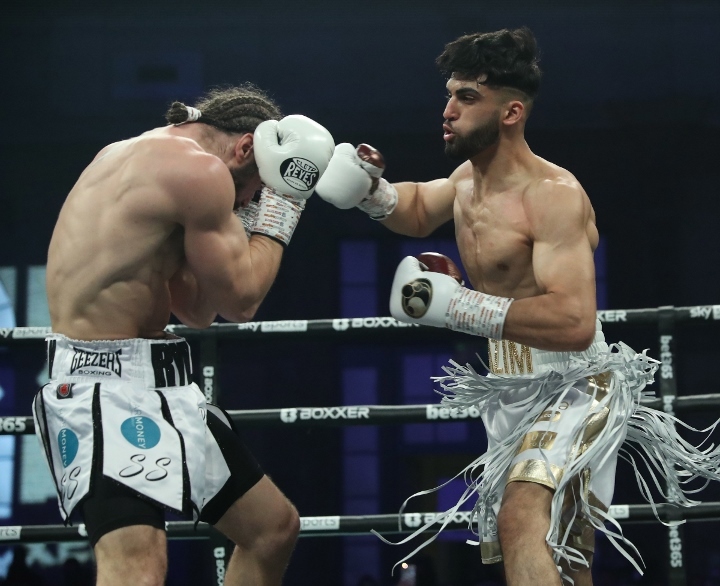 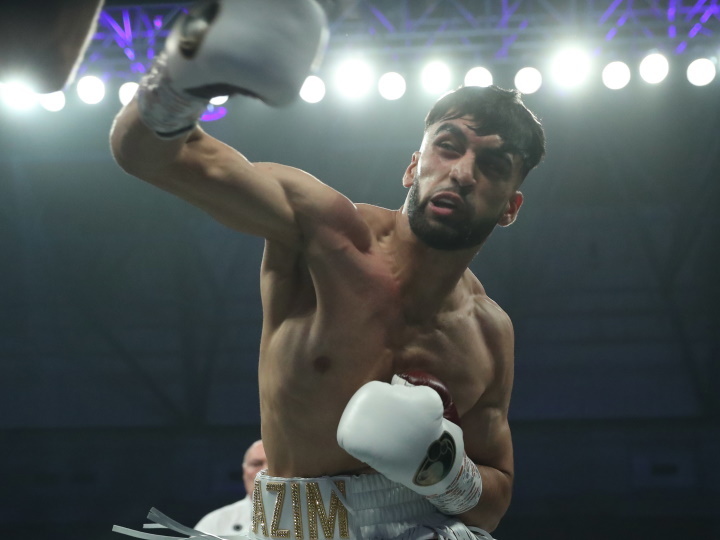 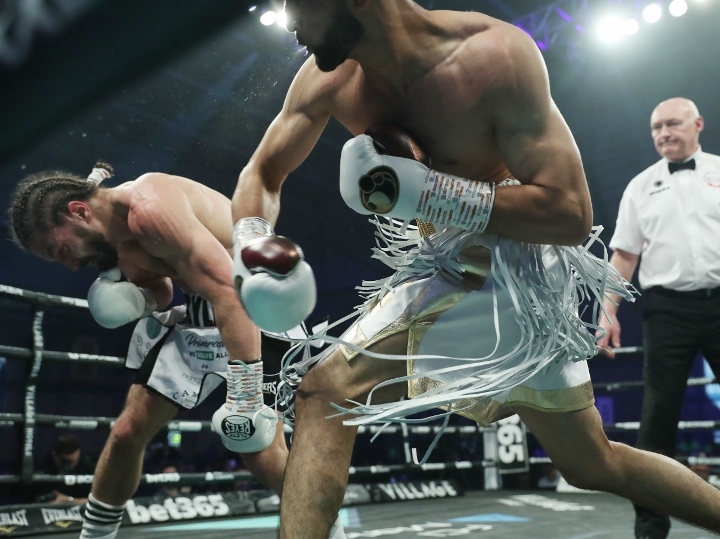 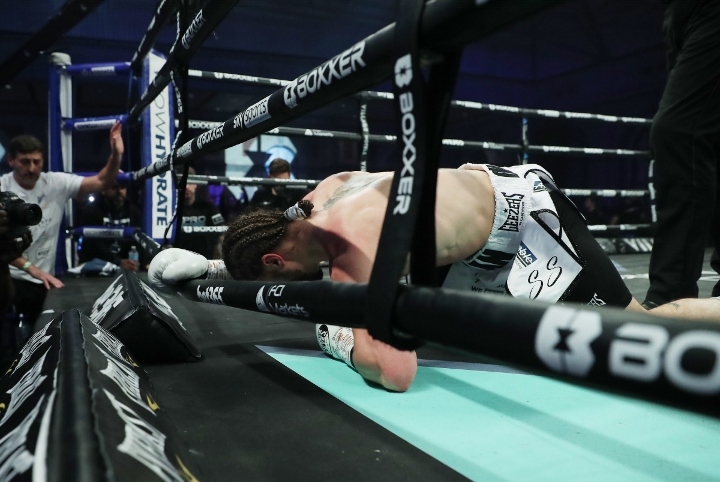 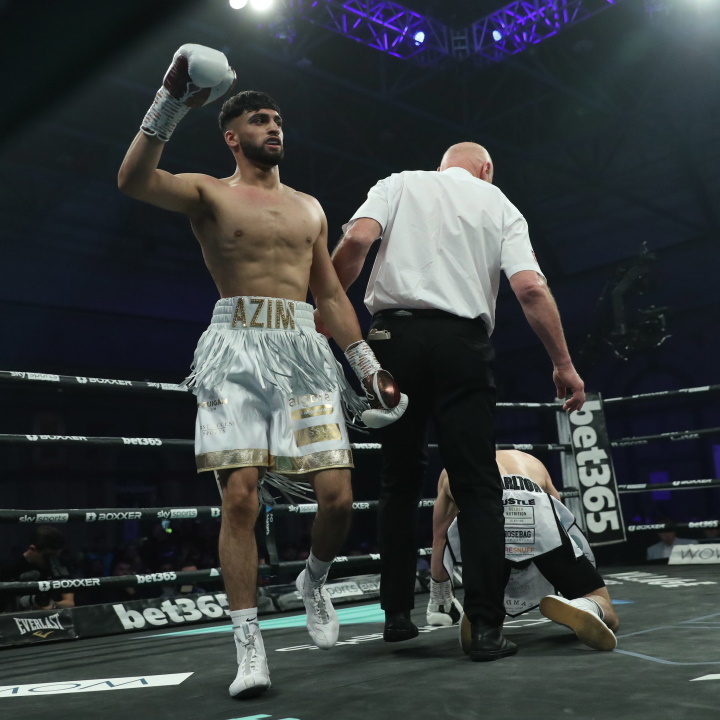 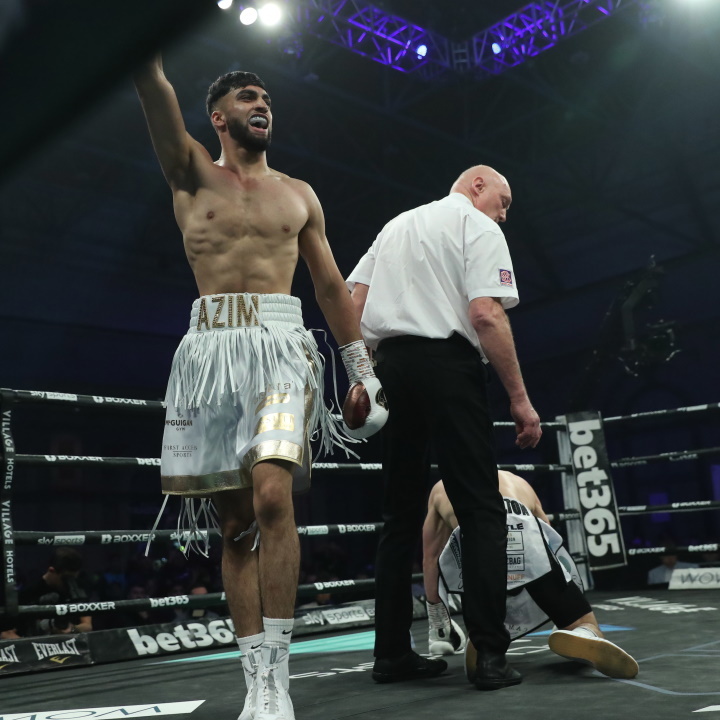 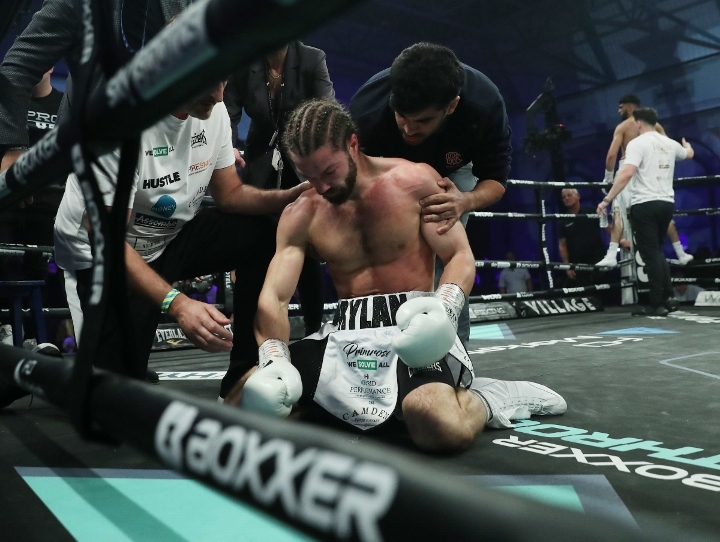 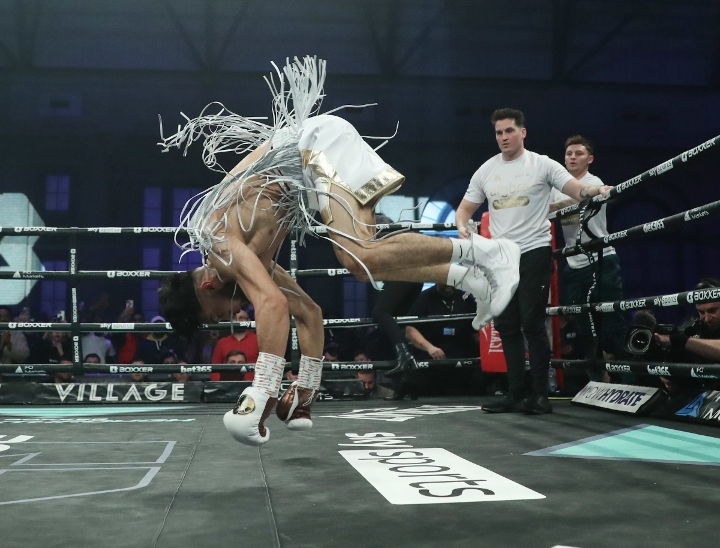 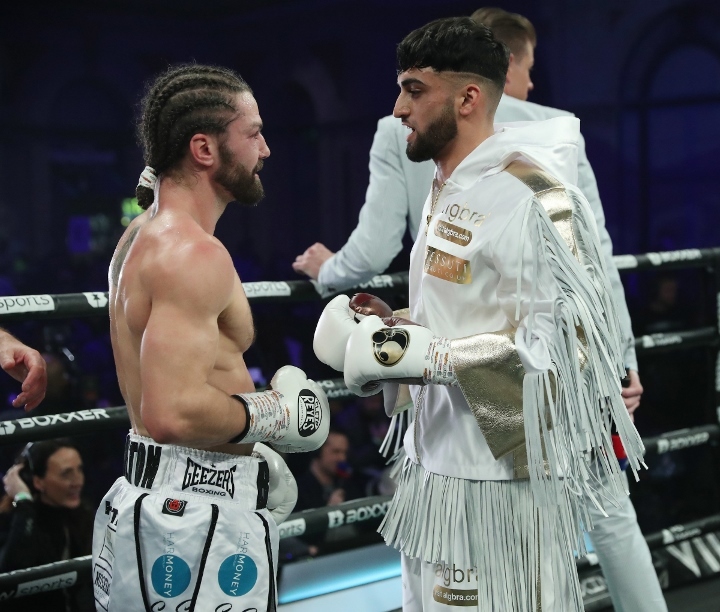 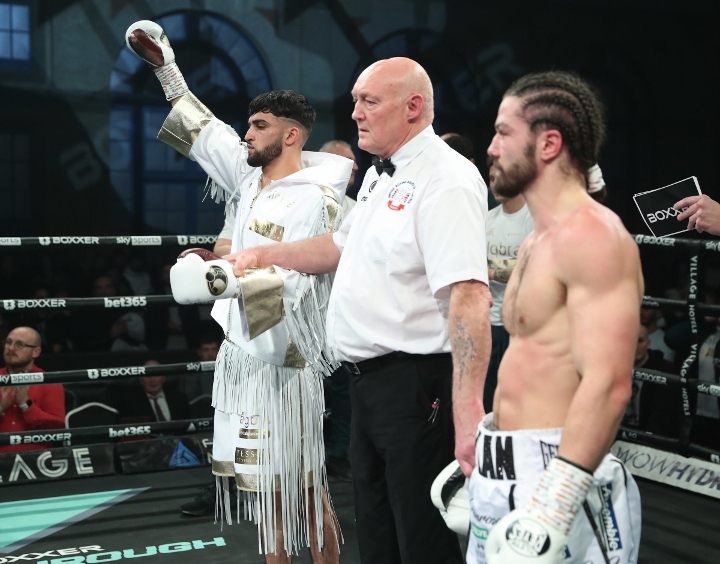 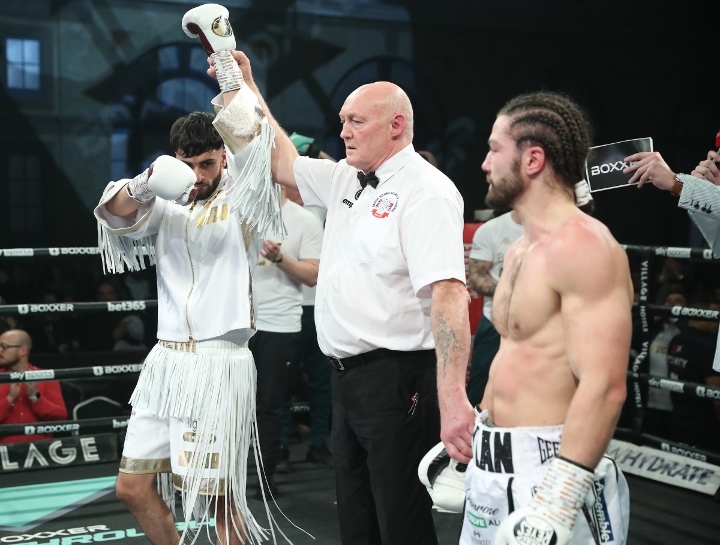 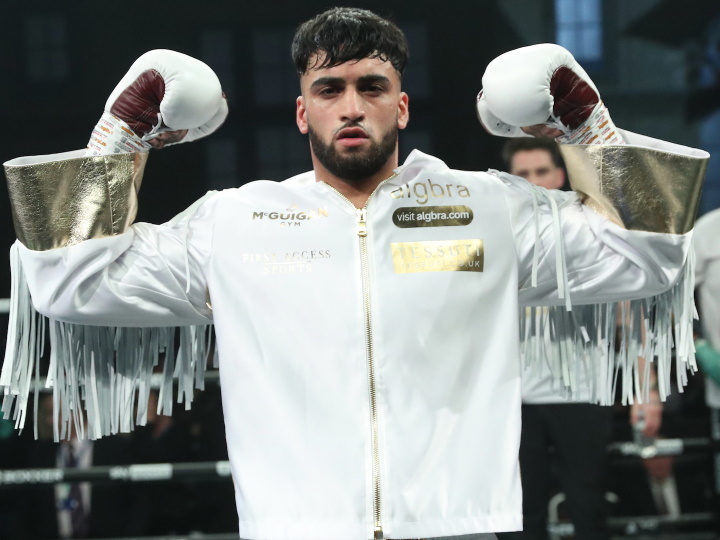