The October 14 bout will be the second since Team Mares and renowned trainer and former world champion himself, Robert Garcia have joined forces in the corner. Mares, Garcia and Team Mares strength and conditioning coach Luis Garcia demonstrated some training techniques for media and members of the L.A. County Sheriff's Century Boxing Gym. 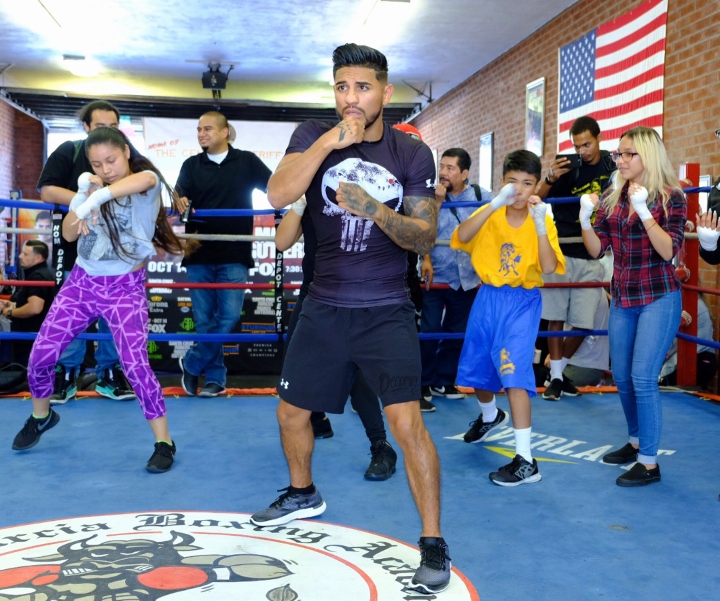 Mares is the current WBA World Featherweight Champion and former three-division world champion.  He is a supporter and mentor of the Los Angeles County Sheriff's youth boxing program that is located at the Century Boxing Gym. Born in Mexico and moved to the U.S. at age 7, he grew up in Hawaiian Gardens, CA and credits programs such as the Sheriff's as helping kids stay out of trouble and stay in shape.  Mares hosts multiple community events during the year including the back-to-school drive at the Century Gym, an annual Thanksgiving turkey meal drive in Downey and most recently donation drives for the people of Mexico after the earthquakes, as well as Puerto Rico and Houston. 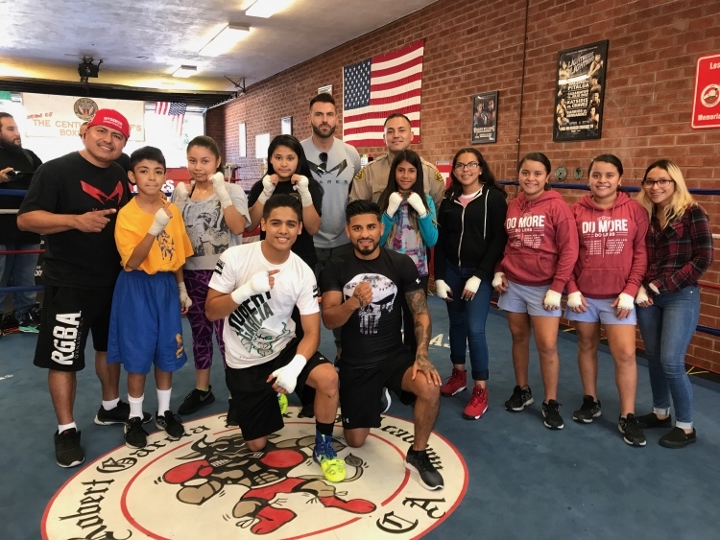 Here is what Mares & Garcia had to say at the special media workout:

"We went into this training camp thinking I was going to fight Leo Santa Cruz and then when we were told I wasn't, we just never stopped training. We've kept the same pace, same desire, which is to win and look spectacular.

"Working with Robert Garcia and Luis Garcia has been great. I really haven't stopped training with them for the past two years.  I think everyone saw the reinvigorated Abner last December when I won my fourth title and that work ethic and skills has not gone away. I'm stronger, focused and have a great team around me 12 months out of the year. "

"It's great to be here within the community showing what I go through for a fight. Going in and winning is good but this sport is more than that, it's putting in the work and showcasing. We are excited to donate some tickets to the kids in this program, let them see what a professional fight is like and let these kids see themselves there in the future. "

On hosting and leading charity events and donation drives:

"The message we should all send is not only giving back but also being united. Being one, being peaceful, it's God sending us a message - waking us up, smacking us in the head - and letting us know that we need each other. So we're all getting together and uniting, uniting as family and as human beings." 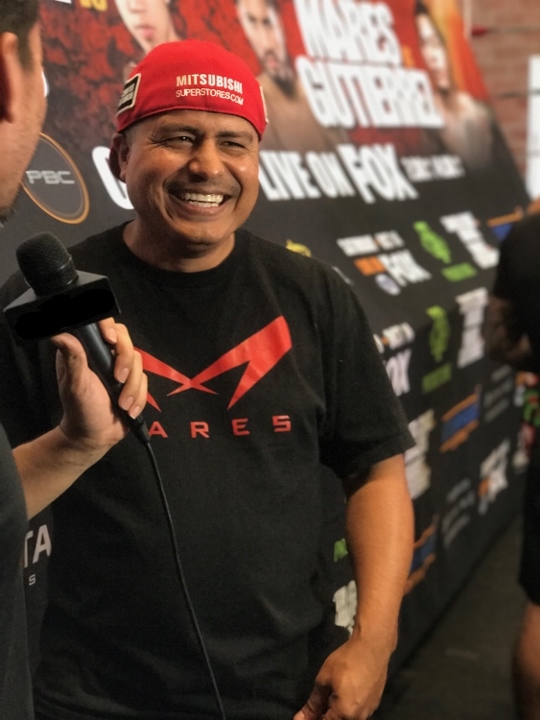 "Abner trains with me every day, he's doing everything he's told and that's what a real champ needs to know and do.  We're excited and ready for this fight."

The diversity of the program:

"With my gym I'm impressed in what I see with Abner; I see a world champion who's already a three division world champ, four time champion of the world, who stays in the gym for another two hours to work with a Jose Aldo, or give tips to a young fighter coming up. I don't see many world champs doing that. He needed a gym where he can see a champion from MMA like Jose Aldo as well as a champion like Mikey Garcia." 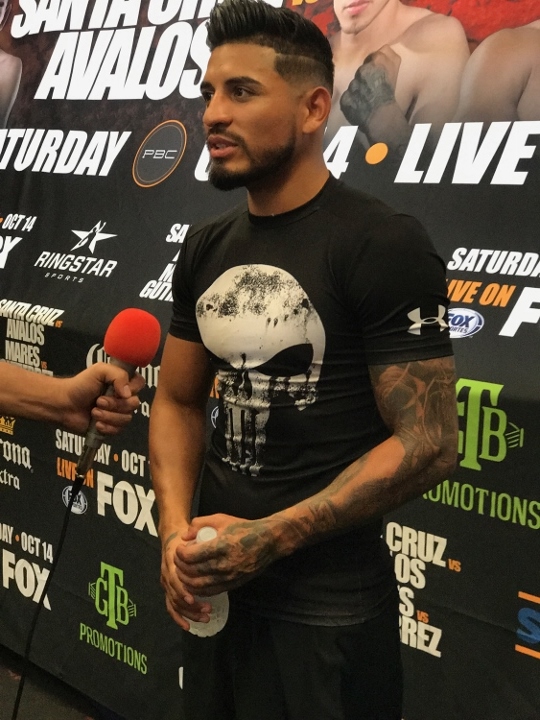 "This fight is probably the most important fight, if we don't get past this fight all the plans for 2018 are done. So we have to train very well, Abner has to continue to follow instructions and do what he has to do fight night. If he does everything we'll have a great fight and our 2018 will mean bigger and better fights. " 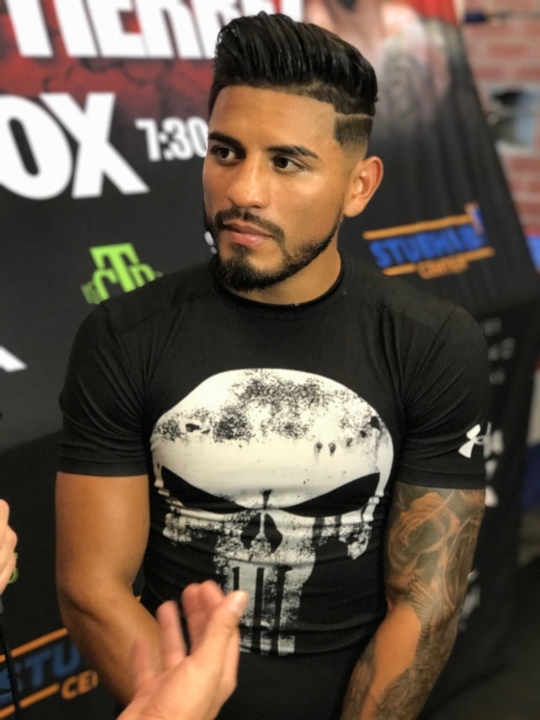 "Abner's continued to get stronger, more focused and again, he's shown up every day, very consistently training not only with me but Luis Garcia his strength and conditioning coach."

Also on the fight card at Stubhub is three-division world champion Leo "El Terremoto" Santa Cruz who will defend his featherweight world title against Chris Avalos. If Santa Cruz and Mares win their respective matches, they have both agreed to terms to meet in a highly anticipated rematch for the WBA featherweight title in early 2018.