Jamel Herring had to dig deep to begin the celebration for the U.S. Marines Corps and for all military veterans.

A late scare from a determined unbeaten challenger provided just enough drama to make the 34-year old southpaw sweat out his first title defense, outlasting Lamont Roach Jr. over 12- rounds. Scores were 117-111 twice and 115-113 in favor of Herring in their ESPN+ streamed main event Saturday evening at Chukchansi Park in Fresno, California.

Herring enjoyed a hero's welcome to the ring, riding in a military humvee and accompanied by 265 U.S. Marines. The two-time Iraqi war veteran from the Coram section of Long Island, New York—who now lives in Cincinnati, Ohio—embodies the spirit of the Marines in every walk of life, in and out of the ring. That fighting pride carried into the promotion both for his title win over Japan's Masayuki Ito prior to Memorial Day and in his first title defense on the eve of the birthday of the U.S. Marines and two days shy of Veterans Day.

“I won {the title} on Memorial Day Weekend and I defended it on Veterans Day Weekend, so it definitely means a lot to all of our troops out there defending our country and still in harm’s way,” Herring told ESPN’s Crystina Poncher after the win. “This is for ya’ll. I couldn’t lose it on our weekend. It means a lot to still be a world champion.”

It showed in nearly every exchange in the early portion of Saturday's main event. Herring worked behind a stiff right jab, keeping Roach Jr. in his desired punching range while disallowing the challenger to get off his own punches. The pattern was similar for most of the night—jab upstairs, left hands alternating upstairs and to the midsection of the challenger from Upper Marlboro, Maryland.

Roach sought to pick up the pace in round two, but largely to the tune of ineffective aggression. Herring remained in control through three rounds before Roach asserted himself in the middle rounds. It wasn't always clean and legal as he was warned twice for rabbit punches, though fortunately not having any long term effect. 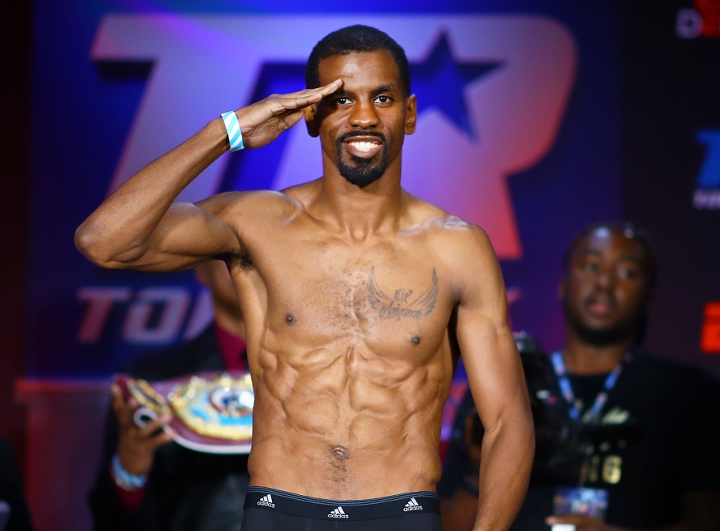 A big difference in real-time strategy came down to corner instruction. The only voice heard by Herring in between rounds came from Brian 'Bomac' McIntyre, his head trainer for each of his past five starts. On the other side of the ring, Roach Jr. was forced to heed the words of heated veteran cornerman Joel Diaz who was often screaming over two other voices. The chaos didn't at all help the challenger, who was doing his best to remain composed but also costing himself rounds in a winnable fight.

“He’s tall, awkward and lanky, very elusive,” Roach Jr. admitted at the end of his first title fight. When I was throwing my hands, it wasn’t that hard to hit him. I think if I threw more earlier, I would have knocked him out.”

Herring was denied a knockdown midway through round nine. A sweeping right hook forced Roach backwards, although the blow landed as their feet were briefly tangled. Referee Marcos Rosales ruled the sequence a slip, although it ultimately proved inconsequential on the final scorecards.

Roach nearly claimed a game changer in the championship rounds. Herring was sliding backwards but failed to keep the challenger at bay. Roach took advantage of the sequence, smothering the defending titlist on the inside and landing a looping right hand just behind Herring's ear, leaving him briefly unsteady but managing to clinch and make it to the bell.

“It was a good shot,” Herring admitted. “I thought I had my hand up, but Lamont cuffed it behind it, and I can’t take nothing from it. It was a clean shot. I just had to toughen it out and fight it out. I couldn’t go down. I’m a Marine.”

It was the very momentum swing Roach needed, but not one which allowed him to close the show as he falls to 19-1-1 (7KOs).

“We knew we had to dig down. When I hurt him, all that was on my mind was finishing him. I’m coming into unchartered territory, a Golden Boy (Promotions) fighter on a Top Rank show.”

Herring fended off a late-ditch rally by the determined challenger to secure the win and his first successful title defense. He hopes for his next one to be an opportunity to add another strap to his collection.

One week prior, Mexico’s Miguel Berchelt (37-1, 33KOs) extended his win streak to 16 straight following a 4th round knockout of former titlist Jason Sosa live on ESPN from Carson, California. It also marked the 6th defense of the 130-pound title he collected in an 11th round stoppage of countryman Francisco Vargas.

Berchelt is the longest-reigning titlist in a division that saw two of the major beltholders—Herring and Andrew Cancio—crowned just this year, with Tevin Farmer having celebrated his one-year anniversary as a titlist earlier this summer.

“Like I said, Miguel Berchelt is considered number one, the best super featherweight in the world,” acknowledged Herring, who improves to 21-2 (10KOs) with the win, his fifth straight. “In order to be the best, you have to keep testing yourself.”

Herring got just that in his first title defense. For the life he’s lived and the nation he’s selflessly and proudly served, he wouldn’t have it any other way—or on any other weekend.