It’s hard to have a division more locked down than Ukraine’s Oleksandr Usyk (15-0, 11 KO).

Following his win over Murat Gassiev in the finals of the World Boxing Super Series, Usyk owns every major title and reestablished the lineage of the 200 lb. class. He’s not resting on his laurels either. After going on the road to Latvia and Russia to best their undefeated native sons Mairis Briedis and Gassiev respectively, he’s heading to the UK in November where he will accept the challenge of former WBC titlist Tony Bellew (30-2-1, 20 KO).

Bellew never lost his belt in the ring, won his last two at heavyweight in ultimately retiring David Haye, and hasn’t suffered a defeat since being stopped by light heavyweight champion Adonis Stevenson in 2013.

It’s a real fight and an upset isn’t impossible. Regardless, everyone knows who the champion at cruiserweight is. To be that man, you have to beat Usyk.

If Usyk does beat Bellew, the question will loom: does he stay or does he go? The call of heavyweight challenges, and dollars, is already loud. Whispers about how Usyk handled himself in sparring once against Wladimir Klitschko intrigue. A current heavyweight titlist in Deontay Wilder who doesn’t weigh much above the cruiserweight limit opens the door to possibilities.

Usyk could always decide to stay. Bellew could spring the upset. Regardless of the outcome in November, the question at cruiserweight will be the question that comes after any big fight.

In this case, more specifically, who’s next?

This Saturday, an answer should start to take shape. To what feels like less boxing fan than the bantamweight and Jr. welterweight WBSS tournaments, the second cruiserweight tournament will begin Saturday in Russia (DAZN, 1 PM EST) on the undercard the WBO 118 lb. title fight between Zolani Tete and Mikhail Aloyan. In opening quarterfinal action, #4 seed Ruslan Fayfer (23-0, 16 KO) of Russia will face unseeded TBRB #6 cruiserweight Andrew Tabiti (16-0, 13 KO) of the United States. 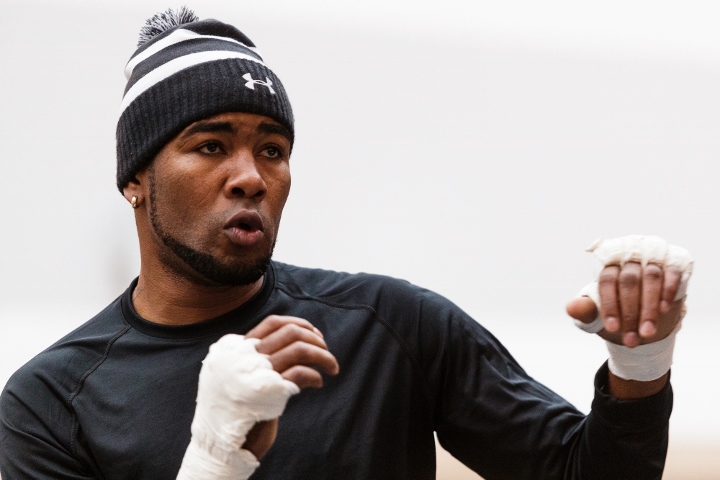 The feeling of less interest in this iteration of a cruiserweight tournament makes some sense. Last time around, every major title was on the line and the issue of a champion was resolved. That it makes sense doesn’t mean fans shouldn’t be able to get into this bracket of eight in short order.

The matches look fun and they matter. Of the current TBRB top ten at cruiserweight, six will be in action including five of the top six. Along with Fayfer-Tabiti, the other quarterfinals are:

Two of them, Briedis and Dorticos, were in the semi-finals of the first tournament losing memorable encounters to Usyk and Gassiev respectively. The man Usyk beat for his first title, Glowacki, gets his crack after sitting out as an alternate the first time around. It would be great if Gassiev could also have been back but he’ll have his chances elsewhere and remains relevant. The combined record of the field is 223-9 and this Saturday will feature the lone two unbeaten men against each other.

While there are no titles at play now, a look at the sanctioning body ratings provides a clue to how much this tournament could mean by the end. The top of each major sanctioning bodies ratings lines up well with the tournament. Currently, the top for each are:

If Usyk defeats Bellew and elects to stay at cruiserweight, or Bellew defeats Usyk and elects to defend the titles, they are likely to find a strong mandatory contender from multiple sanctioning bodies waiting for them at the end of this tournament.

If Usyk defeats Bellew and vacates his titles, one can assume at least a couple if not all the belts could end up in play by the time this WBSS final arrives. It’s not inconceivable, given the talent they will be facing, that the consensus new top two in the class in his absence would give us a new cruiserweight champion almost as quickly as we might lose one.

We don’t know where this all ends up, but it’s worth paying attention to the possible scenarios heading into Fayfer-Tabiti. For those who just want to see the best in their divisions, something the first cruiserweight tournament delivered on, this is more of the same. It’s almost everybody but the champ. No waiting and coasting for mandatory shots here.

These eight men are fighting for their place. That place could end up being a lot bigger than it appears going in.